Thanks to a game-high 39 points by guard Zach LaVine, the Chicago Bulls defeated the Dallas Mavericks 118-108 on Sunday, January 3, at the United Center.

LaVine scored 29 of his game high 39 points in the first half.

‘‘He wants to win; he wants a direction of the things he’s got to do,’’ said Billy Donovan, head coach of the Chicago Bulls. ‘‘Like I’ve always said to him, ‘It just can’t be you shooting the ball. Like, you have to make plays, make basketball plays. You can’t predetermine and make up your mind of what you want to do. What is the defense saying to you to do?’ ’’

According to Donovan, LaVine not only impressed him with his scoring ability on Sunday night but his intangibles too. LaVine added six rebounds, five assists and three steals in his nearly 40-point game.

LaVine also made several key plays throughout the game, including a sweet pass to teammate Otto Porter Jr for a lay-up late in the fourth quarter. The lay-up gave the Bulls a 110-104 lead.

LaVine also combined for 62 points in the back court with running mate Coby White. White finished second in team scoring with 23 points.

“When Zach gets hot you just have to play off of him,” said White. “Tonight he got into another zone. Especially in the first half. When a guy gets going like that, we just have to give him the ball and let him create.”

White nearly matched LaVine’s superb offensive first half performance, scoring 21 of his 23 points in the second half.

With the victory, the Bulls are now 3-4 on the season. They are now 3-1 in their last four games.

Zach LaVine, Bulls, scored a game-high 39 points in the win versus the Mavericks. 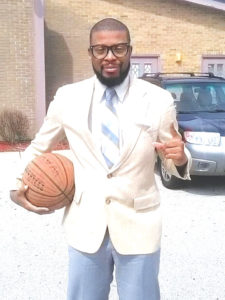 Joseph G. Phillips is a Chicago native, who has been a sports writer for over 15 years. He also hosts the SC Media News and Sports Network Q & A radio show on WHPK 88.5 FM Chicago. He can be reached at [email protected]