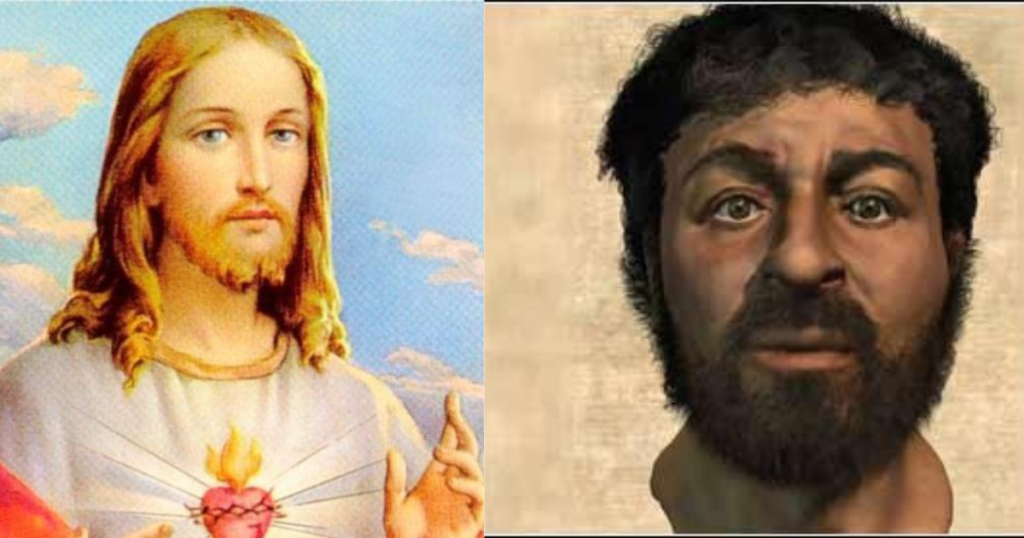 Growing up, I belonged to a church that changed pastors. One pastor retired and another pastor became our shepherd. The new pastor noticed a large picture of Jesus in the fellowship area. The picture was the traditional blonde haired, blue eyed, European Jesus that hangs on walls in many churches and is pictured on church fans. You know it, the image where Jesus is shown as meek and mild with his hands clasped together in a reverent way.

The new pastor decided to take that picture of Jesus down and put up a Jesus who had definitive African features, dark complexioned, woolly hair, broad nose and thick lips.

When a group of the members saw the new picture of Jesus, and the old one no longer on the wall, they became extremely angry and demanded that the new pastor return the old European picture of Jesus. The pastor did so.

I open with that story because this is perhaps the heart of the issue. “What color was Jesus?”

That question is not only discussed in an informative book by William Mosley, but is the troubling issue that causes visceral and often angry reactions.

The truth is that Jesus was not like the European images that have populated chapels, churches, fans and even homes. The fact that Jesus was born and reared in the North East African sun of Nazareth in Galilee is enough to challenge the popular depictions of Jesus that we have become used to seeing.

Howard Thurman in his classic book, “Jesus and The Disinherited,” cites that Jesus was a Jew from biblical Palestine, which was under occupation by Europeans from Rome. His point is that Jesus was a member of an oppressed community of people who were being oppressed by people from another continent.

The Gospel of Matthew lists (as does the Gospel of Luke) the earthly lineage of Jesus that goes back to Abraham and Sarah, who both matriculated as Africans of Hebrew origins through territories occupied by other African people until Abraham and Sarah reached the territory of Canaan.

For those who don’t remember the name, Canaan is from the grandson of Noah and the son of Ham. Ham and Canaan came to be identified with Africa and people of dark skin.

This was Jesus’ earthly lineage. But most importantly the only description of Jesus found in the Bible comes from Revelation 1:14-15 and it reads, “His head and his hair were white as wool; his eyes were like a flame of fire; his feet were like burnt or burnished bronze…”

The Jesus of our bibles and the Jesus of our faith came to this earth in the form of a Black African who had “kinky” hair, thick lips, broad nose and was not just dark complexioned but dark chocolate, which would best describe “burnished bronze.”

Why is this important? It is important because from the words of Jesus in our Bible it says, “And you shall know the truth…” which means that the truth is important.

Images are extremely important because images paint pictures that stick in the mind. Once they have been etched upon the mind, they then shape how one sees oneself and how one understands the world around them.

This truth is essential because knowing it, sets the record straight and it begins to chip away at the scales of self-hate that have been engraved upon the minds of people of African ancestry for 500 years now.

These are just some of the justice instructions that Jesus left for us to follow in order to create a more God-like, healing and welcoming community where everybody has enough of what they need.

For reference, see Acts Chapters 2 and 4 where every need was met without taking advantage of people, a beloved community where people were more important than making profit, a community where all persons were valued because God showed up on earth demonstrating God’s love for all.

Jesus, the dark chocolate complexioned, broad nosed, woolly haired African from Palestine, left us an example in his appearance as an oppressed person on the continent of Africa and how we should order our communities, societies and nation to value all, starting with the least of these just like God does even today.

Jesus said, “And you shall know the truth, and the truth shall make you free.”

Rev. Dr. John E. Jackson, Sr. is the Senior Pastor of Trinity United Church of Christ-Gary, 1276 W. 20th Ave. in Gary. “We are not just another church but we are a culturally conscious, Christ-centered church, committed to the community; We are Unashamedly Black and Unapologetically Christian.” Contact the church by email at [email protected] or by phone at 219-944-0500.