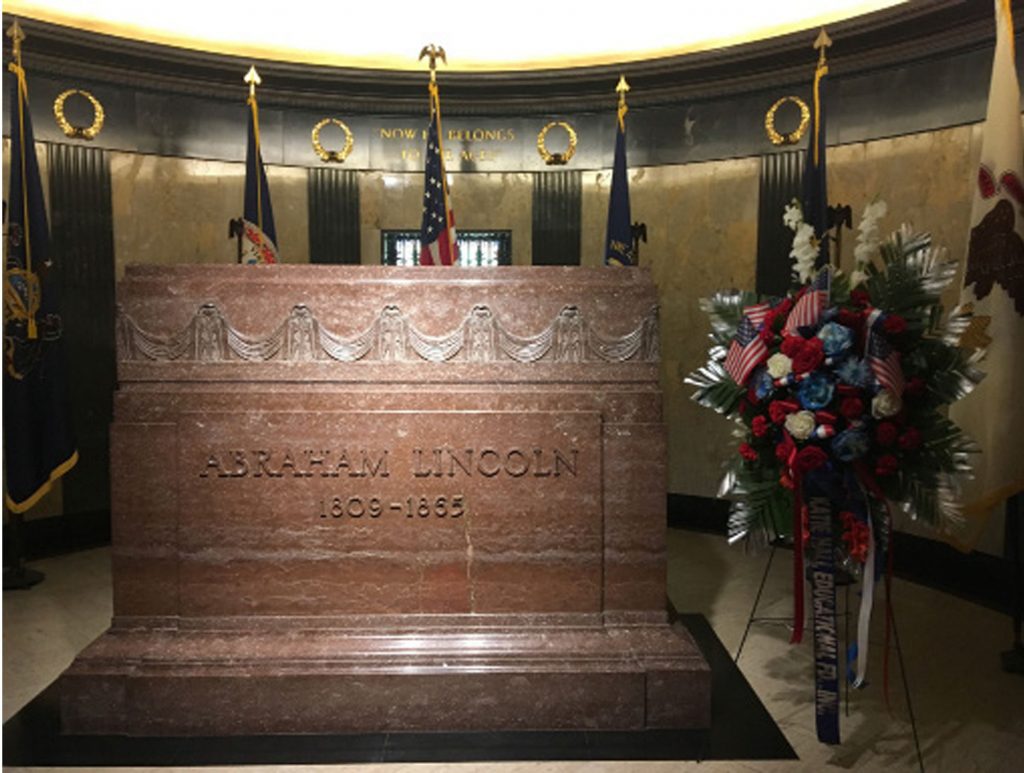 Once again, the Katie Hall Educational Foundation will remember President Lincoln for his work in authoring “The House Divided Speech” on the critical issue of the day depicting the danger of slavery-based disunion. Abraham Lincoln’s “The House Divided” speech in June 1858 and the escalating national crisis drew a country lawyer back into the political fray.

Lincoln was practicing rather than making law when the 1850s began, but as Acts he considered dangerous were being passed, such as the Fugitive Slave Act of 1850, he was drawn out of the courtroom and onto the political speaking circuit.

The Emancipation Proclamation; the Resolution preceding the passage of the 13th Amendment to the United States Constitution, which was ratified in December 1865; and the Gettysburg Address, amongst other speeches were the highlights of President Lincoln’s career and legacy as the most popular person in American history to date, and for which he is being remembered by the Katie Hall Educational Foundation as well.

The Emancipation Proclamation, an Executive Order which freed millions of slaves became effective on January 1, 1863, giving hope to enslaved people, who had deeply and inhumanely suffered in bondage on American soil since 1619.

President Lincoln met with many leading former slaves of his day, including the abolitionist, “acclaimed writer,” orator, social reformer, and statesman, Frederick Douglass on the contentious debate surrounding slavery and the use of free labor.

Years before on July 5, 1852, Douglass gave an address that raised a prominent and profound question: “What to the slave is the 4th of July”? In 2021, the question remains, “What to the descendants of former slaves is the 4th of July?” In 2021, some African-Americans, especially our male youth implement the use of excessively loud “canon” and other loud sounding fireworks in our communities well into the night in celebration of this American holiday.

On July 17, the Katie Hall Educational Foundation will commemorate and remember President Lincoln in the form of a floral tribute, 156 years after his death, for his historical and humanitarian legacy that many African-Americans seemingly fail to recall.

President Lincoln’s actions forever changed the course of African-American prosperity in relationship to economic, healthcare, political, and social standing in America, presently and into the future.

Moreover, while in Springfield, the Foundation plans to visit the Old State Capitol Building and the U.S. President Abraham Lincoln Historic District, including the residence of President Lincoln and First Lady Mary Todd Lincoln.

Admission to the Lincoln Tomb State Historic Site is free and this event is open to the general public. For more information, contact [email protected] or the Law Office of Attorney John Henry Hall,Ed.D.,LL.M. at (219) 883-7711.