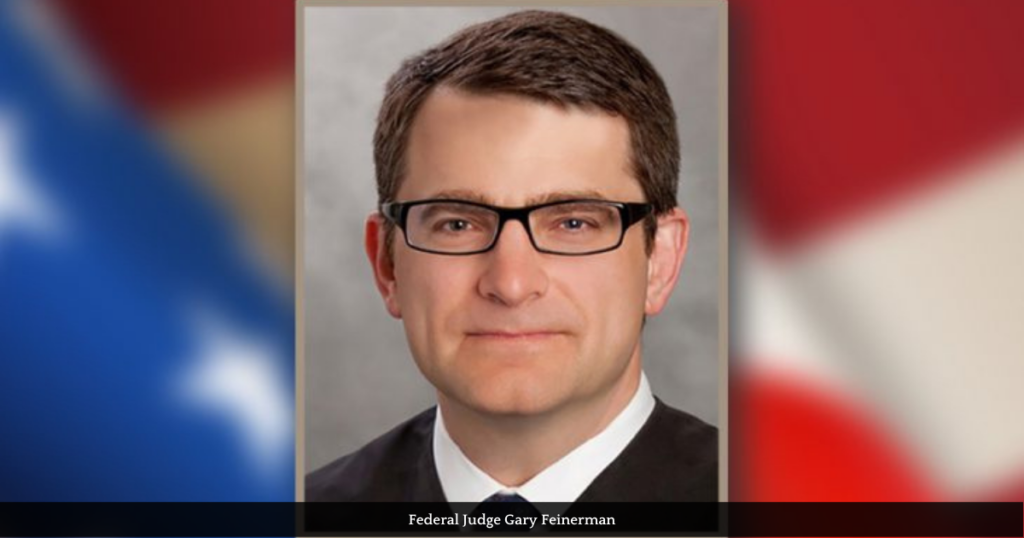 Federal Judge Gary Feinerman of the U.S. District Court of Illinois resigned recently after a Crusader story reported about his treatment of an attorney who sued him after he declared a mistrial in a discrimination case against the city.

After a three-day trial that ended in a mistrial, Attorney Calvita Frederick filed a lawsuit against Feinerman and city attorneys Scott Crouch, John Catalano, Rena Honorow; and Robert Mussen, the chief operating engineer at the Lexington Pumping Station on the West Side. Frederick accused Feinerman of denying her a fair trial after he terminated her opening statement and sided with attorneys in declaring a mistrial on September 27. Feinerman hinted that he may dismiss the case with prejudice, which means the discrimination case cannot be filed again.

Feinerman was set to give his final ruling on the case on December 5, but on the same day Chief Judge Rebecca R. Pallmeyer in a statement said Feinerman resigned and his last day on the bench will be December 31. Pallmeyer said Feinerman will return to private practice. Sources told the Crusader that he will return to the prominent law firm Sidley Austin, where he worked before former President Barack Obama appointed him as a federal judge in 2010.

In her statement, Pallmeyer said, “Judge Feinerman is a valued colleague and outstanding jurist, who will be greatly missed. On behalf of my colleagues on the bench, I want to thank Judge Feinerman for his dedicated service to our district these past twelve years and wish him all the best in his next endeavor. Pursuant to the Local Rules and Internal Operating Procedures of the Court, the Clerk will randomly reassign Judge Feinerman’s pending cases as he finishes his time on the bench. The Court looks forward to working with Senators Durbin and Duckworth as they establish a screening committee to review and vet candidates to be considered for this new vacancy.”

Before his announcement, Feinerman issued a continuance to give the final ruling of the Outley case on December 19.

The case, Outley v. City of Chicago, involved Michael Outley, a 24-year engineer at the Lexington Pumping Station, where he alleged a culture of racism and discrimination existed before he retired in July 2017.

A highly trained engineer, Outley rose through the ranks during his 24-year career at the pumping station before his retirement. In his lawsuit, Outley said in the final years of his career, he experienced a culture of racism at work, where he was called a “monkey” and “nigger” and “boy,” while under the leadership of his supervisor, chief operating engineer Robert Mussen.

After years of discovery hearings, Outley’s discrimination case finally went to trial on September 23. Things did not go well for Frederick and her client from the start.

In her opening argument, Frederick was accused of making statements that drew numerous objections from city attorneys and Judge Feinerman. City attorneys, citing Judge Feinerman’s limited court order, objected to her telling the jurors that her client’s case was about retaliation.

Judge Feinerman also barred Frederick from presenting reports from the city’s Office of Inspector General, which in 2017 uncovered widespread racism in the Water Department, where racist emails, including one with a Ku Klux Klan coat on a stick in a watermelon patch, was sent to high-ranking staff members.

But when city attorney Catalano in his opening argument blamed Outley for a cancer-causing glycol spill that occurred at the pumping station on July 17, 2017, Frederick filed a motion for a mistrial, accusing Catalano of making a false statement. She cited city documents that show Outley was never blamed or accused of wrongdoing for the spill.

Frederick was also shocked that the incident was discussed during the trial after both sides agreed not to mention it during the proceedings. Documents show Frederick was also barred from asking Mussen questions about the glycol spill in depositions, a move that Judge Feinerman said he should have decided in court rather than being done by an attorney in a private setting.

All this led Frederick to file a motion on Sunday, September 25, asking Judge Feinerman to declare a mistrial, which went unanswered.

Two weeks after Feinerman declared a mistrial, she filed an 86-page lawsuit against him, Mussen and the city attorneys who represented him in court. In her lawsuit, Frederick argues that her client’s constitutional rights to a fair trial were violated.

“Mr. Outley was forced to go to trial with his naked testimony, “naked” as in uncorroborated by the documents he could have introduced in support of his testimony,” the lawsuit says.

According to Frederick’s lawsuit, “The Defendants welcomed and cheered Defendant Honorable Judge Feinerman’s ruling on Plaintiff’s Motion…while at the same time planned to disregard the ruling altogether and bring up their false version of the Glycol incident to damage Mr. Outley’s testimony and tip the scale in Defendants’ favor in the ‘he said/he said’ [sic] trial they had pushed for and obtained, exactly as they wanted, as a direct result of Defendant Honorable Judge Feinerman’s ruling.”