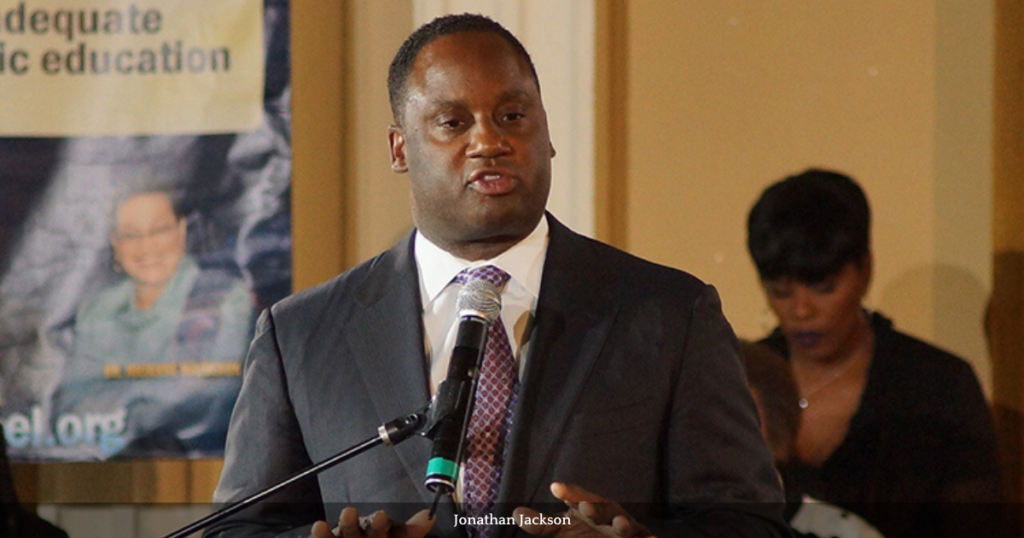 They jammed all night long at the South Shore Cultural Center during a watch party for U.S. Representative-elect Jonathan Jackson, who on Tuesday, November 8, made history as the second son of Reverend Jesse Jackson, replacing Representative Bobby Rush who retired after nearly four decades.

In congratulating Jonathan Jackson, Rush said he will do everything in his power to help Jackson be the best congressman and promised to teach him everything he knows about politics in D.C.

With 78.4 percent of the precincts counted, Jackson received 77,858 votes, to his Republican challenger, Eric Carlson.

In accepting his victory, Jackson who was flanked by his family including his father, Reverend Jesse Jackson, vowed to right the many wrongs today, and said he wanted especially to improve Medicare. He said many elderly are taking half doses of their medications because they simply can’t afford the cost. “We need Medicare for everyone,” Jackson said.

Just a day earlier, Jonathan Jackson and his father Early Voted at the Dr. Martin Luther King, Jr., Service Center at 43rd and Cottage Grove, also symbolic of his father’s work with Dr. King, his mentor and who was Jonathan’s godfather.

Earlier, Jonathan talked about his following in the footsteps of his father, having traveled with him around the world including to Syria in 1983, when Reverend Jackson won the release of Navy Lieutenant Robert Goodman. He also mentioned the time when he accompanied his father to Cuba in 1984, when his father successfully negotiated the release of 22 American prisoners.

Jonathan Jackson said when he goes to Washington, D.C., he is taking his constituents with him along with his social agenda—fighting to improve Medicare, developing more food assistance for the poor, and better ways to reduce the violence that is plaguing not just Chicago, but urban areas around the nation.

Jackson said he is proud to walk in the footsteps of his father. Turning to his father, he said, “I want to be just like you.”