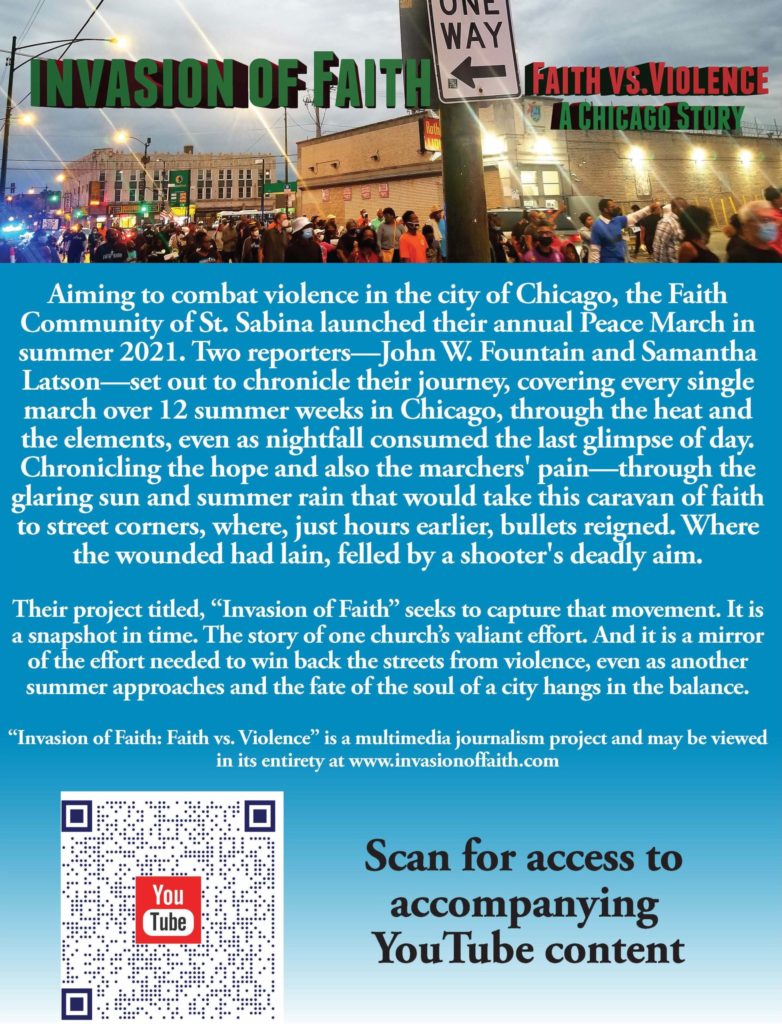 Invasion of Faith: Faith vs Violence, A Chicago Story – Commentary

I can still see human palms covering the ground during prayer on a hot summer night, shortly after a crowd stops at a street corner in Auburn Gresham at 8 p.m. It marks the spot where, just hours earlier, a shooting took place. These are my summer reminisces.

The group—men, women and children—followed Father Michael L. Pfleger’s lead. They kneel and place their palms where blood had been shed. “Peace, peace, peace,” the crowd of dozens shout in unison, commanding the streets and all within earshot to yield to their prayer for change.

Those were the sounds of last summer. I will never forget.

His plan with the Faith Community of St. Sabina: To “invade” the city in an effort to save our children.

As a reporter, I decided to be there to chronicle for the entire summer each march with my professor. It was my own self-made internship, as my pickings for a summer job at a newspaper were slim to none due to the pandemic.

My assignment was simple. Cover the marches on Fridays: take notes, take pictures—lots of them—plus video. Observe and be prepared to do a lot of walking.

I remember covering the weekly marches, sometimes running with my camera, trying to capture Pfleger as he prayed, hugged, and encouraged people, often strangers, he encountered in the streets.

At other times, I stood amid the crowd—the young and the old—capturing them and the scene.

The marchers oozed with excitement as the green truck, which led them, outfitted with loud speakers, turned every corner, blasting Civil Rights anthems and other songs of Black pride and empowerment.

There were few, if any, new homes along the prayers’ route. Wrought-iron fences, darkened storefront churches sealed by metal bars and locks. Evidence all around that there is likely more hurt than hope for so many here and the offer of prayer a welcome balm.

That seemed the case one Friday evening for one woman who the prayer warriors happened upon with “Fight the Power,” blaring and a man apparently forcing her out of a sedan with a baby in the summer heat, abandoning them on 76th Street.

The woman screamed, but the driver seemed unfazed, speeding away in the wind. Pfleger and his followers stopped. They prayed for her as the young woman cradled the child in her arms. The pastor held her bowed head and spoke a word of life into her ear. And afterwards others in the church sought to offer help and services.

That is what I remember.

I don’t know all that I was expecting from my summer assignment. Maybe a few clips and experience. But I got so much more.

I learned the importance as a journalist in simply being there. Of sticking around and returning to the scene again and again, long after the news cameras have packed up and gone.

Even now, as a graduate student, many miles away at Indiana University, I miss those summer nights, bearing witness to the hope Father Pfleger and St. Sabina as they sought to extend hope beyond the church’s walls.

I miss the light that beamed bright amid the darkness as families came out of their homes, smiling and waving from their porches.

And although I am far from home, I am continuously made aware of the violence still plaguing Chicago’s streets. I awaken to headlines of yet another child being gunned down.

But I cannot shake from my mind the image of people kneeling on one accord, palms stretched on the ground, and voices declaring, “peace, peace, peace,” invading darkness where blood was shed. 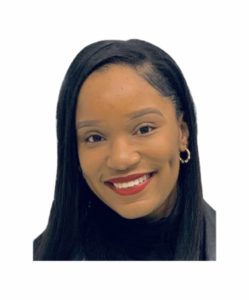 Samantha Latson is a graduate of Roosevelt University and a journalism graduate student at Indiana University. [email protected]