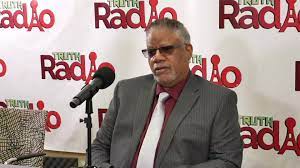 Ernest Daurham Jr., who grew up in Altgeld Gardens public housing on the far south side of Chicago and graduated from Carver High School, died August 21 in Arizona. He is best known for his Leisure Curl hair care system which he introduced in 1985.

Daurham started retailing a certain product for his customers he called the “Good Fred Oil,” and created a huge market for it in his salon. As the product became popular among his clients, the producer of this brand couldn’t keep up with demand, Daurham took the ingredients from the back label of the bottle and began to experiment with the chemicals himself.

By 1979, he was so busy making products to keep up with the demand that he didn’t have time to style or cut hair anymore. By 1980, he established D-Orum Hair Products Inc., to address the unique hair care needs of the African American consumer market with which he was so familiar. Buyers from Walgreens and other beauty supply stores contacted him and started carrying his product.

By 1982, he invented a no-rod curl kit called the “Chicago Curl” and made his first two million dollars. The “Chicago Curl” was unique because at that time all the other curl companies were rolling the hair to achieve the curl; the “Chicago Curl” required no rollers, and was a lot easier and faster to do. During that same time, a competing company that had been in the business 20 years before Daurham, with an established advertising program and distribution channels, introduced a similar product and virtually took over his market.

By 1985, with his back against the wall, and nearly out of business, Daurham came out with another product to address the needs of the African American consumer haircare market. The product was called “Leisure Curl,” a dry non-oily relaxer look that required no plastic cap.

This product was so unique and popular, and took the market so fast that other companies came out with copycat product lines, so the retail stores had to create a new category for it called the “Dry Curl Market.” This was the company’s flagship brand that took Daurham, his family, employees and models to nearly every country in the world promoting his products.

Daurham also changed the way many distributors did business in those days. Because he created such a huge demand for the “Leisure Curl,” he demanded the money for his product ($250,000 minimum order) before the product was shipped, although 30 to 60 days credit was the normal way of doing business in the beauty industry, and in many cases, required no minimum order. In the two-year period–1989 and 1990, the Leisure Curl sales skyrocketed to a little more than $20 million in sales.

Financial success though welcomed, was never the sole motivating factor on Durham’s path toward success. He looked back with pride on the family and community background that had made him strong. Daurham used his personal and professional resources to reach back and help others.

In 1991, he established the Ernest Daurham Community Foundation to support community, social, educational and employment opportunities in the African American community. In 1992, he established the Daurham Institute of Hair Technology, a FREE COSMETOLOGY SCHOOL where single mothers and others living under a certain income level could attend; their tuition was paid for by the Ernest Daurham Community Foundation. In addition to the cosmetology school, Daurham opened five beauty salons around the Chicago and Gary, Indiana area, and his company employed over 150 people, creating job opportunities.

In later years he developed a general market line of products to meet the needs of consumers who want curly or wavy hair, called “The Biracial Blend Multi-Texture Styling System,” addressing the hair care needs of people of all nationalities and hair textures.

In 2004, Daurham sold his company, and in 1997 sold his Chicago mansion, “The Castle of Olympia Fields,” to R&B singer R. Kelly, and retired to Scottsdale, Arizona.

Guided by a family with a strong sense of values Ernest Daurham Jr. committed his life to the success he so deservingly achieved as founder, chairman, and chief executive officer of the company that bears his name, Daurham Corporation.