Jackie Grimshaw, one of former Mayor Harold Washington’s top legislative aides and the Vice President of Government Affairs for the Center for Neighborhood Technology, is endorsing State Senator Jacqueline Collins in her bid for Illinois’ 1st Congressional District.

“I’ve known Jacqui Collins since we worked together on Harold Washington’s mayoral campaign, and I believe she will continue his fight for progressive policies that serve families of every race, creed, and economic status,” Grimshaw said. “I urge everyone in the 1st District to support Jacqui in her bid.”

Both Jacqui Collins and Jackie Grimshaw got their first real taste of politics working on the revolutionary mayoral campaign of Harold Washington. The first Black mayor of Chicago, Washington pursued aggressive policies to help uplift the city’s minority residents and built bonds between Chicago’s Black and Latino communities. In a forward-thinking move, he created the city’s environmental affairs department.

“Before Harold Washington was elected mayor, he represented Illinois’ 1st District in Congress, and I would be overjoyed by the opportunity to continue his legacy,” Collins said. “Washington was a trailblazer who helped inspire me to run for elected office.” 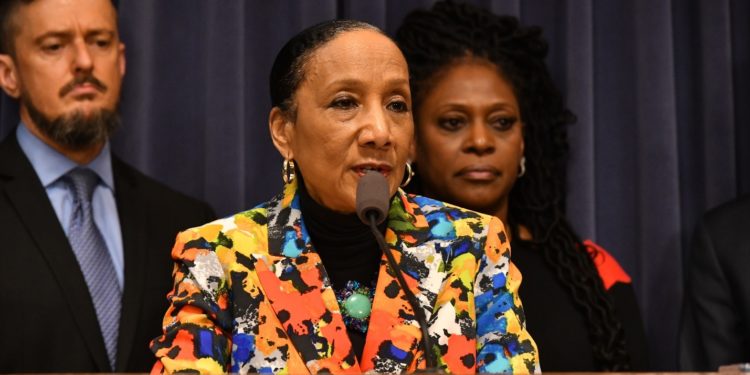 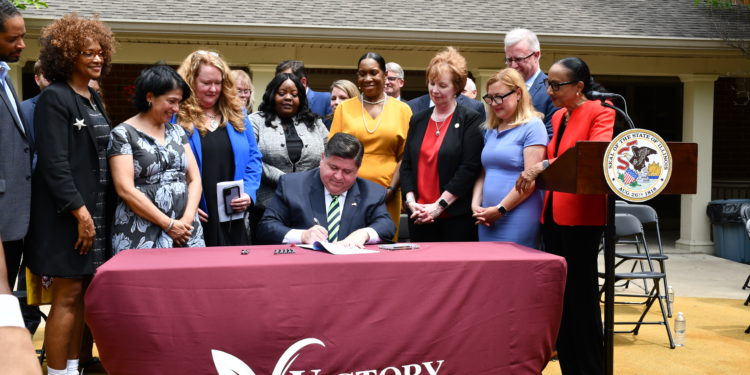 “I’m proud to have the endorsements of colleagues in both the Illinois House and the Illinois Senate, including from 12 who represent parts of the 1st Congressional District,” said State Senator Jacqui Collins (D-Chicago). “In Congress, I will continue to be a champion for women, fighting for equal pay, a woman’s right to choose and access to other life-saving treatments like mammograms and postnatal care while making sure our safety-net hospitals have the resources they need.”

“I’m running for Congress to be the first Congresswoman in the 1st Congressional District, and I’m grateful to my fellow female colleagues for their support,” said State Senator Jacqui Collins (D-Chicago). At a time when our rights as women are facing existential threat, it’s more important than ever that we continue to elect women to office with strong records of fighting for justice.”

“Jacqui Collins is a relentless advocate for her constituents,” said Campaign Co-Chair State Senator Robert Peters (D-Chicago). “She’s taken on tough issues like fighting the gun lobby to ban ghost guns and compelling the nursing home industry to ensure our seniors are properly protected. No other candidate in the race has accomplished as much as Jacqui has through legislation and compromise, and that’s exactly what we need in D.C. right now.”

“Jacqui Collins has always stood by her community,” said Campaign Co-Chair State Senator Elgie Sims (D-Chicago), “and she won’t stop fighting for them from Washington. The first Chicagoan to die from COVID-19 lived in Senator Collins’ district, and when that happened, she worked tirelessly to get the first free state testing site in Chicago established on the South Side. She’s fought for more funding for our safety net hospitals, lowered the cost on insulin, and was instrumental in establishing Illinois’ donor organ registry. No one in this race has more legislative accomplishments than Senator Collins, making her the only choice to be our next Congresswoman.”