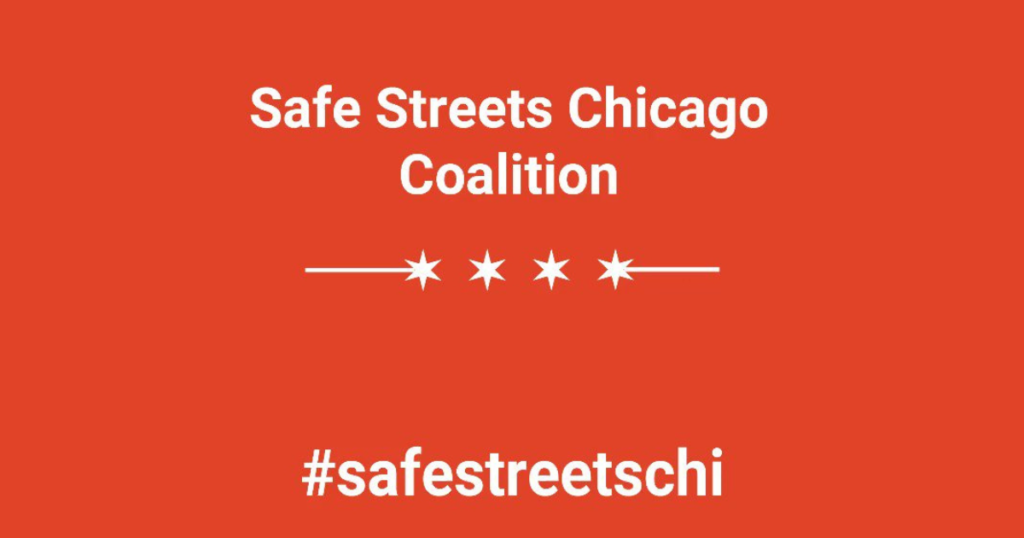 Students from Urban Prep Academy, Leo High School and Perspectives Charter Schools recently came together to form a grassroots coalition, Safe Streets Chicago, in cooperation with school leaders, parents, block club members and public safety advocates to raise support for residents to have a say in how to make their neighborhoods safe from gun violence.

The students were inspired to come together to amplify the work that many of the schools, students and community leaders were doing already in their classrooms, on their blocks and in their neighborhoods to promote modern, innovative strategies to address Chicago’s crime epidemic, as well as promote safety and security in neighborhoods most impacted by gun violence.

In 2021, Chicago recorded over 800 homicides, the most the city has seen in 25 years. Over 90 percent of the fatalities were the result of gun violence, and 80 percent of the victims were black, according to Chicago and Cook County data.

Student coalition members meet on a weekly basis at their respective schools to create strategies they believe can make the streets safer and develop recruitment efforts to increase membership and grow their social media following on Instagram, Twitter and Facebook. The students also discuss ways to collaborate with police and public officials to generate more support for greater investments in public safety technology, such as cameras and gunshot detection systems, and for building stronger relationships between police and the residents who are most impacted by gun violence.

Working with their school leaders, public safety activists and parents, the coalition also intends to participate in community meetings, City Council hearings and other public forums.

“Our coalition aims to be a part of the conversation about the solutions to Chicago’s violent crime epidemic,” says Brandon Lenore. “As longtime residents, our members know their blocks and their neighbors better than anyone, and they know something about what their neighborhoods need to be safer. We want to be part of the solution and bring forth ideas from those who live and work every day in the communities most impacted by rising crime. “

Community members who want to join up can sign up here.

Video introduction of the coalition: https://www.youtube.com/shorts/mtQFUm8iUDk