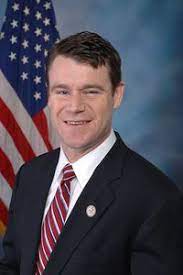 Next year, Indiana residents will have the opportunity to re-elect Senator Todd Young or elect someone new to replace him in Washington, D.C. Hammond Mayor Tom McDermott is vying for that spot.

Like McDermott, Democrats across the nation are attempting to oust well-funded Trump allies in the Senate. For Black Hoosiers, McDermott could prove to be more of an advocate on critical issues such as low-income school funding, infrastructure development, and marijuana legalization than Young has ever been during his tenure. In the face of this generation’s greatest Democracy, civil and voting rights crises, however, support for mainstream political issues comprise only a fraction of our leadership needs.

Black Hoosiers are in dire need of an advocate in the Senate who will unequivocally champion the restoration of fair voting laws. Black voting power has been weakened by the Supreme Court’s 2013 decision in Shelby County v. Holder and, more recently, by the 30+ states that have passed restrictive voter laws. Despite this, the Senate has failed to restore voting rights by passing the John R. Lewis Voting Rights Advancement Act.

Furthermore, we must elect a leader who will condemn the white vigilantism and racially motivated violence that threatens to bring our Democracy to ruins. Where state and local officials have not reliably held such violence to account, our Senators can enforce laws that will (such as the George Floyd Justice in Policing Act and comprehensive gun reform). Please make no mistake; Young’s refusal to sanction former President Trump and the destruction he incited on January 6, 2021, enables this violence and vigilantism.

McDermott has presented himself as a drastically different leader than Young. He is unambiguous about his disapproval of Young’s refusal to condemn the January 6 attacks. The Mayor has also cited his ability to work with clergy throughout the region, and his involvement in policy discussions throughout Gary as evidence that he has engaged with pertinent issues to Black voters. He has found support with Black political contemporaries in the region, such as Gary Councilman Ron Brewer and former Gary Councilwoman Lavetta Sparks-Wade. Both were vocal supporters of the Mayor during his 2020 Congressional bid.

In addition to Young, McDermott will face Haneefah Khaaliq, a civil rights activist and academic, who, like McDermott, has spoken openly about her desires to pursue a Democratic policy agenda in Washington. Both candidates launched an underdog campaign against Senator Young, who enjoys the privilege of incumbency and $5.6 million in campaign funds on hand.

Regardless of who Black Hoosiers decide to support in the Democratic primary on May 3, 2022, and ultimately in the general election on November 8, 2022, we must recognize the significance of voting in the upcoming election. Our Senators can ensure that our education systems are well-funded or decide to challenge the legislation that supports our schools and public resources (as Senators Todd Young and Mike Braun have). They can combat the police violence and racist criminal sentencing laws that destroy Black families or turn a blind eye to these issues. Ultimately, the decision we make next year will influence our political leverage and livelihood for generations to come.

Jordan Wilson is the Co-Founder of Politicking. Through Politicking, she aims to promote voting and political engagement among young Americans by providing a mobile platform for non-partisan election news and data. She is currently pursuing her J.D. at Boston College Law School, where she serves as a Fellow with the Clough Center for the Study of Constitutional Democracy. Jordan holds a B.A. in Political Science from Howard University.