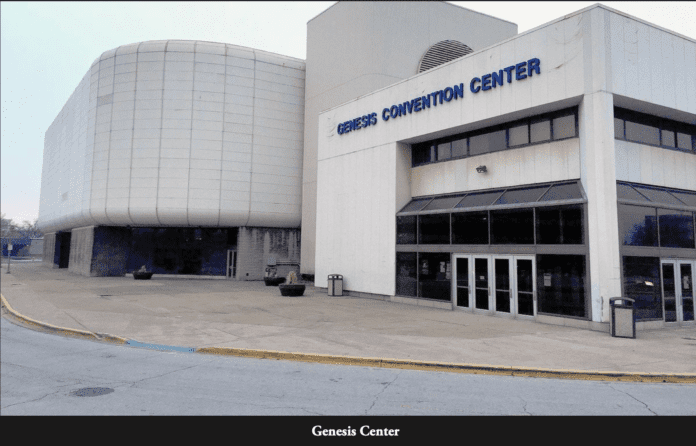 Mayor Jerome A. Prince Wednesday, July 28 said the City of Gary Redevelopment Commission, or RDC, moved to take back the Genesis Center and the former Ivanhoe property, opening up new opportunities for future development.

The RDC filed a lawsuit against Akyumen Technologies, charging the troubled company with breaching two contracts, Mayor Prince said. The City has begun inviting new developers to present their ideas for making the most of the two properties.

“My team and I will continue to look for ways we can make the most of vacant or underutilized properties and put them on our tax rolls, and these two properties will be ideal for the right developers,” Mayor Prince said. “We can never move our City forward until we’re willing to try new approaches to development.”

According to the complaint filed in Lake Superior Court, Akyumen Technologies de- faulted on its contract with the RDC, failing to pay the contractual $2.5 million for the

Genesis Center property by July 27. That failure nullified the contract, according to the RDC, and it opened the company up to a $100,000 fee known legally as “liquidated damages.”

The RDC also claims the company defaulted on its promise to provide the RDC with a development agreement for the former Ivanhoe property, essentially nullifying that purchase, too. The company’s failure to live up to the agreement should cost the wayward company $27,500 in fees, as described in the complaint.
The RDC deserves to have full control over the Genesis Center and the former Ivanhoe properties, and Akyumen Technologies should pay for legal fees and damages, according to the RDC.

Mayor Prince said Akyumen Technologies made many attractive promises, but they delivered on none of them. The two properties in question have already drawn the interest of other developers with exceptional ideas, all of which the RDC will examine closely, Mayor Prince said.

“For me, the important thing to understand is the City of Gary has a lot to offer and properties that can provide great opportunities for development,” Mayor Prince said. “Our first attempts to monetize these two great properties didn’t work out, but we’re going to continue working with developers to re-imagine what the properties can mean for our community.”

Hoosiers are invited to attend one or more of a series of public meetings across the state on Aug. 6-7 and Aug. 11 to provide feedback on Indiana’s redistricting process.

Indiana is required to redraw its districts for the U.S. House of Representatives, the Indiana House of Representatives, and the Indiana Senate following the nationwide cen- sus every 10 years. Before legislators are expected to return to the Statehouse in mid-to-late Septem- ber to redraw the district boundaries, public meetings will be held in each of Indiana’s nine congressional districts. The meetings will be grouped into geographic areas, including north, south and central.

“We look forward to hosting these important meetings across the state to hear directly from the public on Indiana’s redistricting process,” Wesco said. “Hoosiers can be confident that we’ll continue to meet all of our statutory and constitutional requirements.”

“Public input on redistricting is extremely important to the map-drawing process,” Ford said. “We look forward to hearing from Hoosiers from all over Indiana during these meetings.”

Below is the complete schedule of public meetings regarding re-districting:

• Central – Wednesday, Aug. 11 at the Statehouse

Information will be updated as it’s available on the Indiana General Assembly’s website at iga.in.gov. Meetings will be live-streamed and archived at iga.in.gov. Census data is delayed due to the pandemic but is expected to arrive on Aug. 16. Wesco and Ford said an online portal with mapping software will be launched in late August that will allow the public to draw and submit their own maps for consideration.