AMERICANS CAN NO LONGER AFFORD THE LUXURY OF MORAL NEUTRALITY 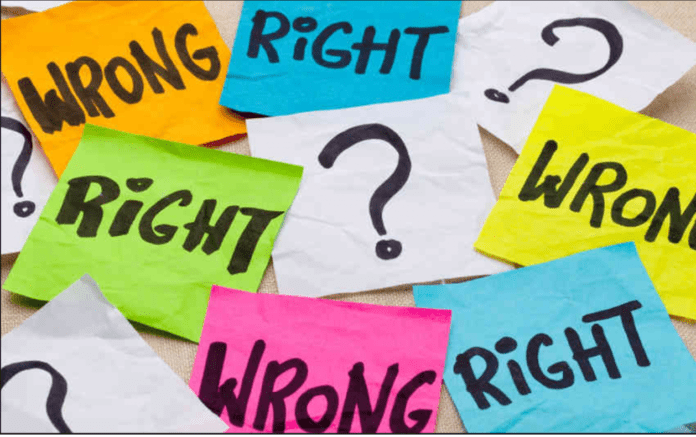 Even in the midst of this repugnant “we-they” culture, there is one indisputable truth. When people set aside differences to unite toward common goals, the outcome is often greatness and the unveiling of boundless possibilities.

That is neither a revelation nor a novel concept. But during times like these – when the faith and aspirations of many are drowned out by all the deafening screams of doubt, cynicism, confusion, division, and selfishness – we need to remind ourselves of our potential.

The summer Olympics is an example. When American athletes of all races joined to compete under the single banner of Team USA, no one distinguished color, ethnicity, religion, or orientation. The common mission obliterated any political or cultural differences.

Why can’t we broadly apply this wonderful example of exuding our better angels when it comes to myriad areas of critical concern across our society. The immediate and easiest response to that hopeful proposition is that people are entrenched in individual agendas, and the chasms are far too broad to cross.

There are also some who don’t believe in the power of change, despite the wonderful lessons of history that prove otherwise. As we become further removed from periods of transformational movements in history, skepticism grows over whether a person or group of people can make a difference.

In truth, collective activism is the only way to significantly move the curve. The failure to come together, strategize, and implement a revolutionary plan of action will assure our doom. Dr. Martin Luther King, Jr., said, “Change does not roll in on the wheels of inevitability, but comes through continuous struggle.”

We can’t afford to wait for unanimous consent in a pluralistic nation. That has never been a reasonable prerequisite and never will be as long as you have those who would rather maintain the status quo, along with those who prefer to turn back the hands of progress, as well as those who just don’t care.

America must seek a consensus of the willingness to follow the moral imperatives that move us toward the greater good. Know- ing the power of forces aligned against change, the alliance for our highest level of humanity must simply band together, be smart, be strong, and be unrelenting.

Along with the example of the Olympics, this week we witnessed rare bipartisanship in the Senate in the passage of President Biden‘s infrastructure initiative. Despite challenges that remain, the manner in which this progress was achieved is evidence that you can never give up on the prospect of a meaningful coalition.

We need alliances that cross every demographic if we hope to defeat the growing threat of coronavirus resurgence. We need unbreakable alliances to fight for the kind of climate measures imperative to thwart scientifically proven environmental threats to our planet.

Finally, and perhaps most importantly, we need good people of every ilk to band together to repel suppressive voting legislation pervasive in states across the country – threatening every tenet and fiber of our democracy.

This is designed to negate the Black vote and we know it. We need those of all races who believe in the American experiment to urge this administration to eliminate the filibuster to assure voting rights for all Americans.

The vitriol dominating the rhetoric of this era has effectively removed middle ground. It’s time to surpass the rancor. Americans have no option but to take a stand. Moral neutrality is tantamount to complicity. Hence, you either are part of the solution or you are clearly and unequivocally part of the problem.

CIRCLE CITY CONNECTION by Vernon A. Williams is a series of essays on myriad topics that include social issues, human interest, entertainment, and profiles of difference-makers who are forging change in a constantly evolving society. Williams is a 40-year veteran journalist based in Indianapolis, IN – commonly referred to as The Circle City. Send comments or questions to [email protected] yahoo.com.