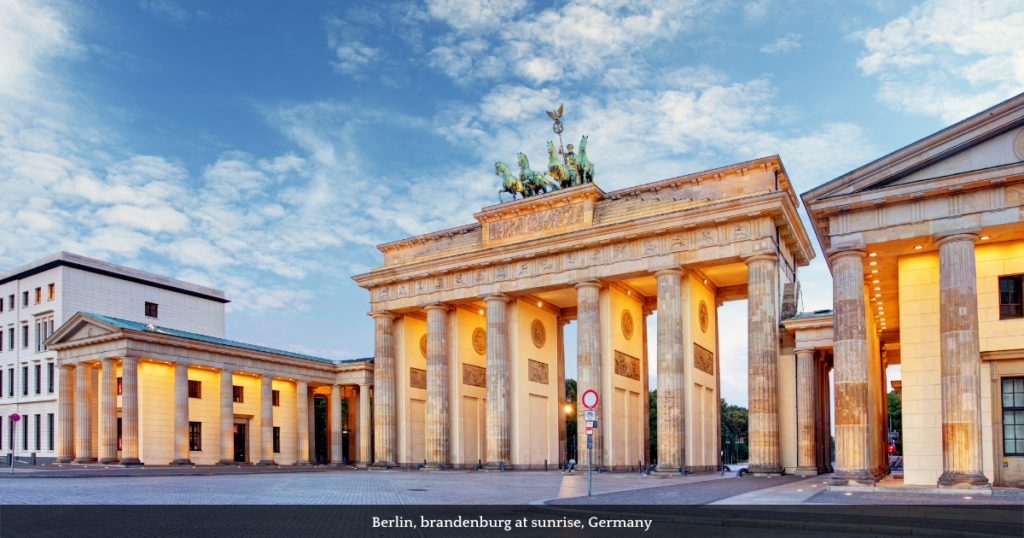 McKenya Dilworth-Smith is a Renaissance educator, linguist, artist and entrepreneur. She is Executive Director of The Morning Bishop Theatre Playhouse, Inc., and is a full-time teacher at Aquinas Catholic Community School. Ms. Dilworth-Smith recently took Gary students to Germany for a learning experience thousands of miles beyond the classroom. I interviewed her on this phenomenal opportunity provided.

What are some of your personal and professional experiences regarding Germany and the language? In high school, I was an exchange student because I finished school here in the states in the 11th grade (in terms of credits). I was then able to experience the German school system, which oddly enough was modeled in part after the William A. Wirt system. I have maintained my German host family relationships and friendships in Germany over more than 20+ years. I speak German fluently (while in Germany, but it is difficult to maintain that in the states without practice), but I instruct German courses 101 and 102 at Ivy Tech Community College Lafayette Campus virtually. Being multilingual changed the trajectory of my life because I have enjoyed a fulfilling life, both personally and professionally, never tied down to the burden of regret.

In 2023, I will be providing German instruction to various school districts as a mobile teacher assisting high schoolers with fulfilling their foreign language requirement and serving as an elective to other schools.

Describe the nature of this amazing venture for Gary students and how it evolved?

At my previous employ, I was an English and Social Studies teacher but constantly told the Administration that my teaching license was actually in German and Theatre. Just before COVID, there was an opportunity to teach German to my high-ability 7th graders because an elective(s) teacher received a promotion and that left a void. I offered my planning period to teach German as an elective (or Special as they call it in middle school nowadays).

Fast forward to during the COVID 2021 school year and finally given the chance to prove that high school students would be interested in learning German. I had 31 sophomores enrolled and retained for that school year, and during the summer offered an intensive German 2 class. Those from the German 2 class were given the opportunity to apply to travel abroad during Thanksgiving week because of their dedication and scholarship in regard to language acquisition. So, four made it through it all and gained the experience of a lifetime!

What did you intend to be the most significant take-away for students and did that happen? I wanted and prayed for each student to realize that mobility (travel) is freedom and while they may not choose to live abroad in the future, they certainly know that they can. Possibilities are endless because of their exposure and introduction into the global community. They gained that distinction because of the hard work that they each invested into their own learning journey and also keeping in mind that the entire community contributed to their journey of success. It is important to know that you do not do anything in a silo, or alone. There is a network of folks, a community to push you forward, and Gary did that for these young people.

How was this transformative for young people who likely have not been far away from the 219 area code? Travel and exposure to different environments are innately transformative because perspectives of challenges inevitably formed as a result. These young scholars from Gary traveled to three countries—in which two of them they could communicate in German and understand Dutch—because of what they learned at school. They learned the relevance and applicability of their education. I wanted so badly for them to no longer accept any numbers as constraints—whether that number is zip code, number in a queue or a number on a standardized test.

How was the support that you received from sponsors, media and the community prior to this trip; how is that a challenge when you were trying to do such exceptional things? We received no media and to this day I do not understand the reason. I have seen numerous stories in local press about youth engaged negatively in the community but could not garner attention for these outstanding four scholars. Despite the lack of attention, we reached our financial goals and enjoyed the trip.

The Gary community showed up, as did the supporters of the theatre from the surrounding community. The mayor of Gary and his wife supported from the beginning until the end of the fundraising cycle. We had generous donations from Councilwoman Toya Smith, Mike Gonzalez, Kathy Long (President of MABCD), Vasquez Family (Portage), Kizzie Wade, Karen Toering (GIBFF), Toni Washington, Jones Family, Regina Underwood, Tom Collins and Angela Biddings.

The book “COVID Chronicles Youth Anthology,” authored by my English students (and funded by an Indiana Humanities Council ARP Grant), became our main funding mechanism for this trip, and countless friends, family members and community members at large purchased the books. That served to bring in the most money for the trip.

How will students use what they have learned in terms of both the language studies and academics in general from this point, not to mention social skills and increased global perspective? I believe your question states all of what they will be able to do with their language skills and exposure to the world of travel. Academically, their language skills will far outpace their peers because they were able to be totally immersed within the German culture and language. It is my hope that their school would consider giving some credit for the time that they spent abroad. The verdict is still out on that one. This is also quite the mention within a college essay! Socially, I watched them comfort each other through their vulnerabilities and triumph together.

What do you think was the most impressive part of the trip for these young people? Well, I am a pretty skillful “ear hustler,” so I overheard them saying that the food was a huge part of their experience and also watching me actually talk with Germans in German. Seeing that their teacher actually was fluent, as they stated, made an impact on how they embraced the trip and the language. They now know that they, too, could become fluent in another language.

Is there any similar experience being planned for the foreseeable future for Gary students? Yes! Our fundraising has already begun. We are on track financially to go next November (2023). We are already in discussions with a German Gymnasium (High School) in Bremen, Germany, (where we were) about an exchange week or two of both instructors and students. This is huge for us, as next year the theatre will promote youth travel as a priority and flagship program offering. I want to stress that any school that ascertains language learning services from the theatre through my German instruction is eligible to send their scholar on the international trip. There is no cost.

Discuss anything significant about this incredible journey that was not included in previous questions? I want to mention my immense gratitude to the young scholars and the parents for trusting me with the previous children who have participated. Not to mention the trust that the students themselves placed in me, which was evident throughout the trip. They literally made no moves without checking and rechecking with me for direction and guidance. Once they listened to instruction, they were empowered to make decisions that I believe will enrich them for the rest of their lives. I was honored to lead this group.