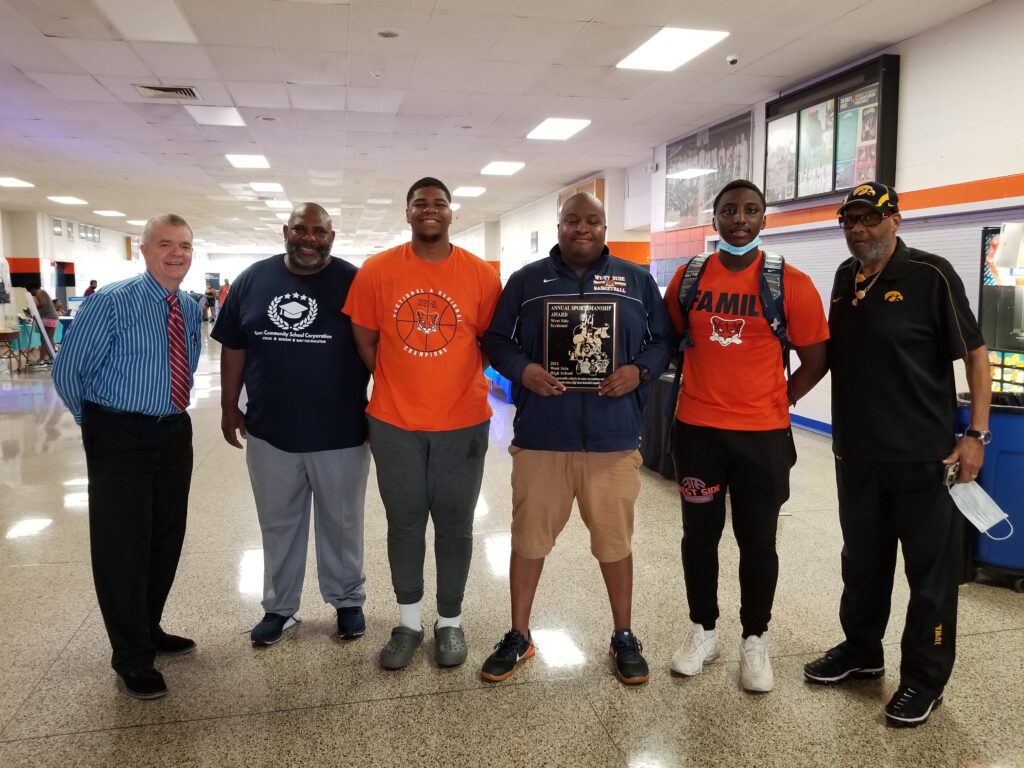 Recently, the West Side Leadership Academy varsity basketball team was recognized by the Calumet Region Sportsmanship Committee with the 2021 Sportsmanship Award.

The Committee was formed to promote positive sportsmanship at the basketball sectional sites. Since 2000, the Committee has honored student-athletes from the winning school with financial scholarships and recognizes the team at an annual banquet with legendary historical speakers. The 2021 banquet was held virtually with the keynote speaker being Chuck Swirsky, the voice of the Chicago Bulls.

The winner of the Sportsmanship Award is determined by evaluating each Boys Basketball playing in the Sectional games. The members judge the sportsmanship on how players interact on the court, student participation, crowd behavior as well as behavior of the coaches.

The winning team selects two players to receive $1,000 scholarships. The students chosen by the Athletic Department and the Basketball Coaching Staff at West Side Leadership Academy were Bobby Sanders and Parion Roberson.

“We encourage sportsmanship by having our coaches lead by example,” said Robert Lee, Athletic Director for the Gary Schools. “We have great coaches who know how to encourage, lead and take our players to the next level. The exemplary character should not only be displayed during a game but is how our student-athletes conduct themselves every day.”

This school year, West Side Leadership Academy earned a score of 110% through the IHSAA. Meanwhile, the Athletic Department continues to flourish as updates are being made to the facilities along with the expansion of sports programs to include elementary and middle schools.