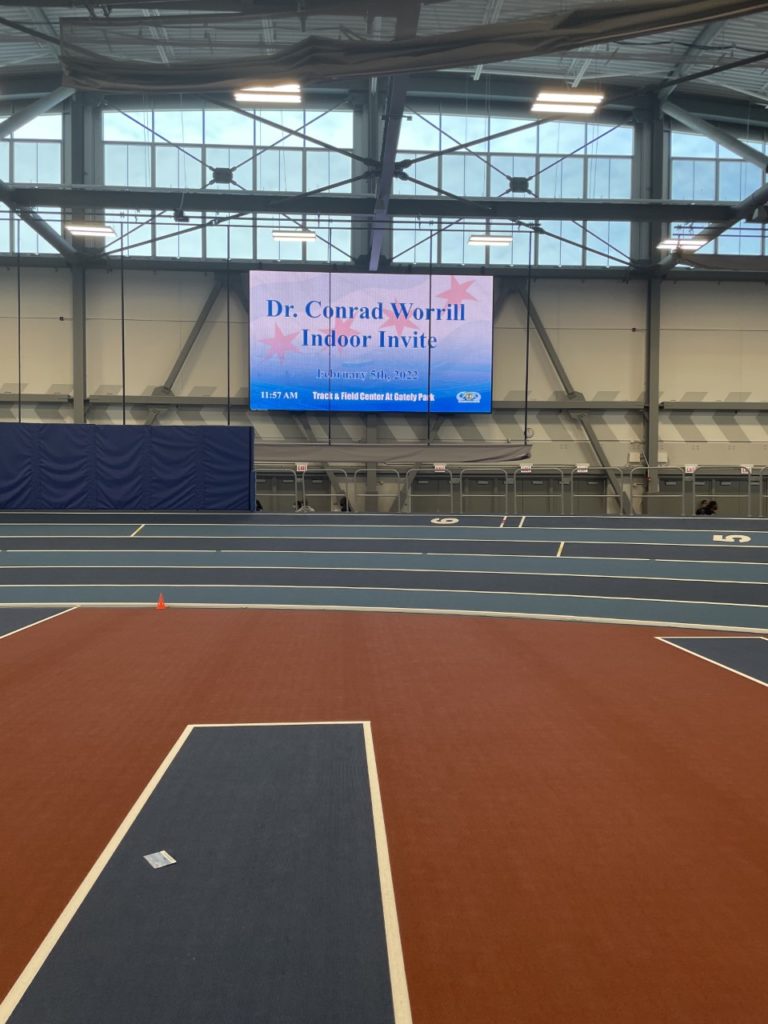 Muhammad noted, “More than 16 CPS high school athletes, both girls and boys, will compete among the best of the best in track and field events.”

According to Muhammad, Worrill wore many hats in the academic world. Not just as an educator, scholar, and activist, but as a former track athlete and track and field enthusiast as well.

“Our mission is to revitalize track and field in the Chicago community,” said coaches Sandy Jenkins, Ben Ward, and JD Davis of Friends of Track and Field. “Members of Friends of Track and Field come from various areas of expertise and experiences including athletics, coaching, athletic directors, teachers, principals, doctors, lawyers, clergy, business and lay people.”

Worrill was born in Pasadena, California. His father was active in the NAACP and the YMCA, and played a large role in influencing him to become an activist. The Worrill family moved to Chicago when he was a young boy.

Worrill married his wife Arlina had several daughters, Femi Skanes Worrill, Sobenna Worrill, Michelle Worrill, and Kimberley Aisha King. Two of Worrill’s daughters and grandson attended the event in honor of their father and grandfather. Worrill’s youngest daughter Sobenna said she was very proud of her father and what he had accomplished in the world of track and field.

“I’m very, very, proud of my father,” she said. “He poured his all into this project.”

“On behalf of my entire family we are so excited to have you out today.”

“The track that these young people are running on today was my dad’s idea many, many, many years ago. My dad worked really, really hard to make sure this facility would be open and available to students across the city of Chicago. My dad was a firm believer that kids should not be running in the hall[ways] of high schools to be able to participate in track and field. What we are seeing today is because of my dad’s vision.”

Prior to his vision for a state of the art track and field facility, Worrill earned his master’s degree in social service administration from the University of Chicago.

Worrill graduated in 1968 and was hired by a West Side YMCA as a program director.

He left to pursue his Ph.D at the University of Wisconsin–Madison. His focus was on “Curriculum and Instruction in Secondary Social Studies.”

Upon receiving his degree from Wisconsin, Worrill taught for two years at George Williams College. In 1975, he transferred to the faculty of Northeastern Illinois University, where he led the Center for Inner City Studies.

One of Worrill’s close friends coach Reggie Williams said he was proud to see his friend’s dream come to fruition.

Members of Friends of Track and Field felt it was important to continue Worrill’s legacy by helping Chicago Public school athletes reach their athletic, academic and life goals.

The group shares the belief that athletes who have access to compete on the indoor Track and Field Center at Gately Park, have the opportunity to put Chicago track and field on the map.