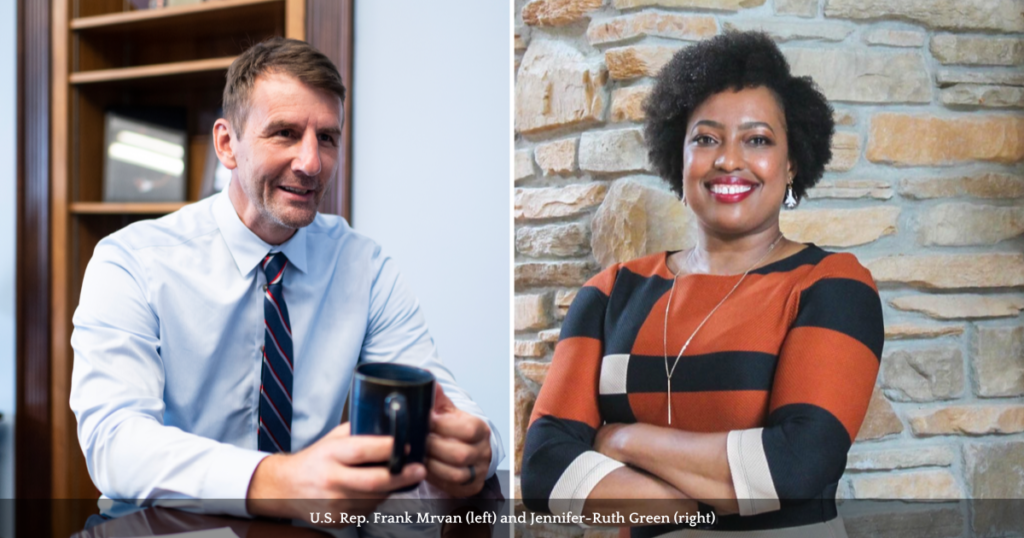 After the votes were tabulated in the 1st District Congressional race between incumbent Frank Mrvan and Jennifer-Ruth Green, it was clear the key to Mrvan’s win were the voters in Lake County.

The final vote tally out of Lake, Porter, and the western edge of LaPorte County, which make up the 1st Congressional District, gave Mrvan, a Democrat, a 112,508 edge over Green’s 100,411. Green, a Republican, won Porter and LaPorte but could not gain enough voters in Lake County, Mrvan’s home grounds.

“Congressman Mrvan has been a steadfast voice for protecting the rights of organized workers,” DCCC Chairman Sean Patrick Maloney said following confirmation of Mrvan’s win. “His victory tonight ensures that working families in Northwest Indiana will continue to have a fierce advocate in Congress. I congratulate him on this victory and look forward to seeing the great work he will continue to do on behalf of his constituents in the years to come.”

Green, a political newcomer from Crown Point, came out of nowhere to win the Republican Primary in May; soon gathering endorsements from national Republicans and attention from GOP fundraisers. The Republican Party saw Mrvan, seeking re-election after completing his first term in the U.S. House, as being vulnerable to a Black and female Republican with a military background.

And they were right. By June, the Democratic Congressional Campaign Committee recognized the 1st District race was going to be competitive and added Mrvan to its Frontline program, arming him with extra resources for his re-election.

Indiana’s 1st Congressional District has been in the Democratic column for the last 90 years. For Republicans, Green’s candidacy was their chance to flip the district from blue to red.

In her statement conceding Mrvan’s victory, Green said, “I congratulate Congressman Mrvan on his victory tonight, but he is on notice. In two years, we will have another chance to build on tonight’s success and restore common sense leadership. The days of Republicans not contesting this seat are over.”