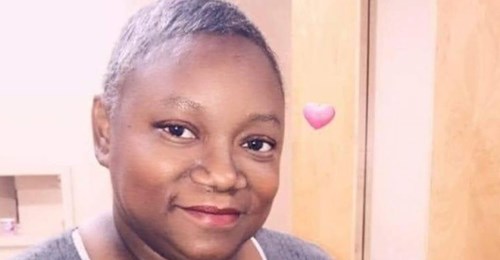 Four Black female doctors are speaking out about racism in the healthcare industry after Black physician Dr. Susan Moore died from complications of COVID-19 after verbalizing concerns about her treatment and care at Indiana University Hospital in Carmel, Indiana.

The doctors wrote a collaborative op-ed in the Washington Post this week after Dr. Moore in a viral video, shared her experience and allegations of not receiving proper healthcare from a white doctor and nurse at the hospital, before she died of COVID-19 on December 20 at age 52.

Dr. Moore, who practiced internal medicine, graduated from the University of Michigan School of Medicine.

While being treated for the virus, Moore documented what she said was mistreatment by hospital staff and attributed that mistreatment to her being a Black woman.

Racial disparities in medical treatment have been further underscored by COVID-19, which disproportionately impacts communities of color.

Moore, throughout December, documented on Facebook both the progress and her experiences with the virus and the treatment at Indiana University Health hospital system. The last video came on December 4 when she proclaimed hospital staff tried to send her home.

“This is how Black people get killed, when you send them home and they don’t know how to fight for themselves,” Dr. Moore said on the video. “I had to talk to somebody, maybe the media, somebody, to let people know how I’m being treated, up in this place.”

Her son, 19-year-old Henry Muhammed, told the New York Times she was adept at advocating for herself at hospitals, where she often received treatment for sarcoidosis, an inflammatory disease that affects the lungs.

“Nearly every time she went to the hospital she had to advocate for herself, fight for something in some way, shape or form, just to get baseline, proper care,” he told the Times.

Her sarcoidosis condition, requiring frequent hospital visits, explains why Moore became such a strong advocate for her own care. Pediatric surgeon Dr. Ala Stanford, however, acknowledging that while Moore was not her patient, and she didn’t know what the situation was at the hospital where she received treatment, felt that Moore’s need to repeatedly advocate for her own care was “unacceptable.”

Moore was diagnosed with the coronavirus on November 29 and was later hospitalized but says she had to beg a white doctor at the hospital for treatment, and constant pleas to the patient advocate were left unattended. When the doctors finally tested Moore, they found new damage to her lungs but kept her waiting for hours to receive painkillers.

It was only after a CT scan showed new lymphadenopathy — a disease in which the lymph nodes become enlarged — that the hospital agreed to treat her pain, she said.

“You have to show proof that you have something wrong with you in order for you to get the medicine,” she said in the video.

To a “majority of physicians, predominantly who are white in the United States, the perception is that African Americans do not need as much for pain,” said Dr. Stanford, founder of the Black Doctors COVID-19 Consortium.

Describing her interaction with a medical staff member, Moore noted, “And that nurse was telling me, ‘Oh, I was marching in Black Lives Matter,’” Moore said. “I told her, ‘No, I don’t believe none of that. Not one bit. Not one iota. You wouldn’t even know how to march. Probably can’t even spell it.”

Later in the video Moore can be heard saying, “I put forth and I maintain if I was white, I wouldn’t have to go through that.” She said, “And that man never came back and apologized.”

Indiana University Health Hospital in a statement to the online publication Grio, said, “We are very sad to hear about her passing. As an organization committed to equity and reducing racial disparities in healthcare, we take accusations of discrimination very seriously and investigate every allegation.”

Moore’s hospital death drew outrage online. Moore raised attention towards racial treatment, as a patient. Since Moore’s death, Black doctors have been speaking out about racism in their profession.

Dr. Camern Brown tweeted, “I’m pissed ‘cause she didn’t have to die like that, her pain was dismissed, she had to advocate for herself and was still ignored.”

The oped in The Washington Post titled, “Say Her Name”  echoed the anger of the four Black women physicians and amplified Moore’s dying message to address racism in the health system.

They wrote, “That system has a name: racism. No matter how well-intentioned our health-care system is, it has not rooted out the false idea of a hierarchy of human valuation based on skin color and the false idea that, if there were such a hierarchy, “White” people would be at the top.”

Maybank, Jones, Blackstock, and Perry further emphasized that Moore’s experience was a “confirmation” that value is often assigned based on the color of your skin.

“Moore’s video offers a glimpse — even more enraging and heartbreaking in light of her death — of the injustice at the intersection of being a health-care provider and being a person of color during COVID-19, and what happens when the system does not work to adequately care for the very people who are there to uphold it.

“Her experience offers stark confirmation that there remains a system of structuring opportunity and assigning value based on skin color in this country.

“This white supremacist ideology has long shaped our values and practices, even in the health-care sector. Moore’s educational background makes her experience slightly more nuanced: her being a physician brings the privilege of credibility and attracts the attention of many who do not believe that such mistreatment is pervasive.”

The op-ed ends with “Say Susan Moore’s name. Heed her message. Do not let her death be in vain.”

In response to the pandemic, Morehouse School of Medicine announced December 17 that it is teaming up with CommonSpirit Health in a 10-year, $100 million partnership to train more Black physicians and work toward health equity for underserved communities.

Through the partnership, the organizations will create five new regional campuses and graduate educational medical programs in at least 10 markets to be announced in the spring.