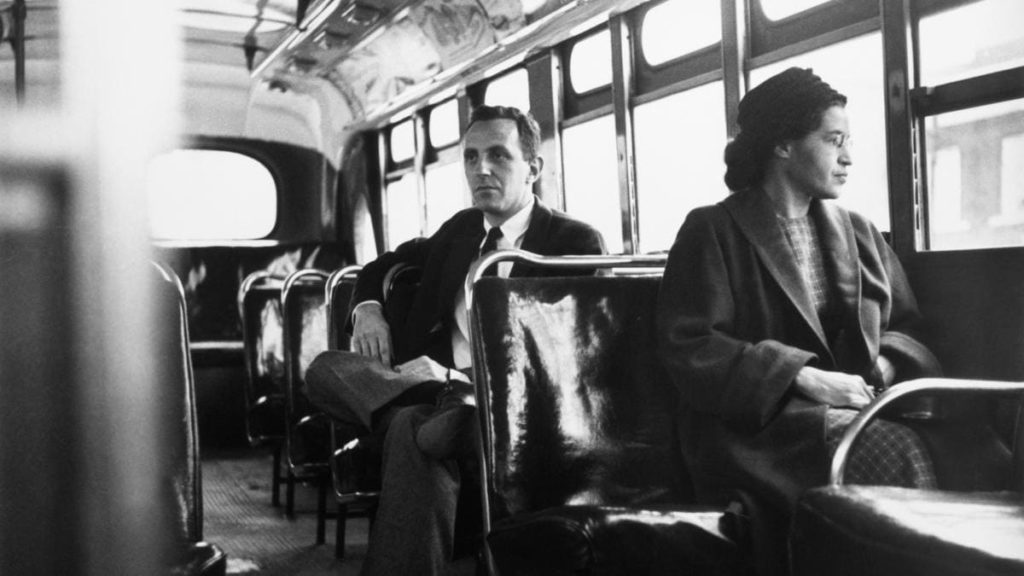 Johnny Ford, the former mayor of Tuskegee, Alabama, who is now a council member (D-2), on March 4 said he is working to make a national holiday in honor of Rosa Parks and praised Reverend Jesse Jackson for all he has done for thousands across the nation and abroad.

Ford said it is important to nationally acknowledge Rosa Parks, known as the “Mother of the Movement.” On December 1, 1955, Parks was arrested for refusing to give up her seat to a white man on a Montgomery bus. Her civil disobedience led to Dr. King’s participation and ultimately to the 1965 Voting Rights Act.

Ford also referred to Rev. Jackson’s successful negotiation of the release of hostages, including May 2, 1999, during the Kosovo War when he got three U.S. soldiers held captive released, as well as more prisoners in Cuba, Syria and other countries.

“When they had hostages, who did they call?” asked Ford. “They called Jesse. When they had problems all over this country, it was Jesse,” who came and resolved disputes, negotiated freedom of hostages and struck peace accords, Ford remarked.

Ford made his comments during the Conference of Black Mayors, The World Conference of Mayors and the city of Tyson meeting held at the Tuskegee Municipal Complex in Tuskegee.

There, former Globetrotter basketball star Bobby Hunter also thanked Jackson for helping during the Globetrotter 1971 strike. “I had no one to turn to,” Hunter told the mayors and U.N. Ambassadors attending the conference.

Hunter said Rosa Parks came into the Globetrotters’ dressing room in 1966 in Detroit and told them, “We would have to sit down and plan out the futures for our communities, and we did. We went on strike some years later,” he said.

At the time, Hunter said they were desperate and needed some help. He went to Jackson accompanied by former NBA star Bill Russell and singer Isaac Hayes and asked Jackson for advice. “Rev. Jackson got the Rainbow PUSH Coalition to back me during the Globetrotter strike. I was president of the union.”

Hunter said the managers of the Globetrotters would not allow them to play in Black communities. “I needed to help my community,” he said. At the time, Hunter had an “Each One, Teach One” program in Harlem.

“I wanted to have more salary for my fellow players, and I wanted to be able to work in Black communities. I wanted to stand out because it was not right for African Americans not to be paid the same as other athletes.” Hunter said Jackson inspired him to keep moving forward until he achieved his goal.

“We weren’t getting paid, and we weren’t working in Black communities; so we stood up for ourselves,” Hunter, who is the last of the Globetrotters, said. Looking directly at Jackson, he said, “Thank you very much.”

When Jackson spoke to the group he told him how he had contracted COVID-19 and that for a while he couldn’t walk. “I had to learn how to walk all over again,” he told the mayors. But because he had been vaccinated, he was able to prevail.

Jackson spoke about the time when Blacks could not play in the NFL.

Rev. Jackson then talked about the time when there were Black congressmen. Sixteen alone served in the U.S. Congress during Reconstruction, more than 600 were elected to state legislatures and hundreds more held local offices across the South.

However, Jackson told the mayors, “They were removed politically, and they are trying to take it all back today.” He was referring to the hundreds of voter suppression bills passed by Republicans making it harder for people of color, especially Blacks, to vote.

“We must be truly sensitive to not just segregation for there is a force behind segregation,” Jackson said, asking the mayors to repeat, slavery, secession, segregation, sedition and white male supremacy.

Jackson talked about the era of lynching in America that began in the 1830s during the pre-Civil War in the south and ended in the 1950s and 1960s that has ended in mass incarceration.

While in Montgomery, Alabama, Jackson visited the Legacy Museum, headed by Brian Stevenson, founder of the Equal Justice Initiative. There, Stevenson has several holograms of people talking about slavery including two little boys, one of whom asks visitors, “Do you know where my mama is? Have you seen my mother?”

Jackson later met with Stevenson who has documented a number of slaves who were lynched even when it was proven they were innocent. He has chronicled their names, states and dates and clearly shown how the lynching of Blacks during a time when it was against the law to do so continued with mass incarceration that he equates to legal lynching.

Jackson said, “Lynching is a ceremony. They had church on Sunday morning and lynching downtown wearing their church clothes including women and children jumping rope waiting for a lynching. The body would stay in the streets for months. We were in terror and the overflow of that terror was passed on to Blacks in Chicago, New York and big cities.

“Terror has been a big part of our lives,” Jackson told the mayors. We paid a big price for the right to register to vote.”

“We helped to break the yoke of this in 1983 when Dave Dinkins was the head of our campaign in New York, and in 1984,” Jackson said, referring to his 1984 run for the presidency. “Harold Washington came into office in 1983 after we boycotted the Chicagofest. He didn’t want to run for mayor.”

At his museum, you can see signs that were once posted by whites, some saying, “We want white tenants in our white community,” “No Nigger or Negro allowed inside building,” “No Negro or Ape allowed in building,” “toilets whites only,” “No colored allowed,” “We cater to white only Niggers, Mexican & Puerto Ricans not allowed,” or “No Negroes allowed after sundown.”

Debra Fraser-Howze, founder of Choose Healthy Life and founder of the National Black Leadership Commission on Black Health in America, credited Jackson with teaching her how to work with the Black church.

To the pastors who were present and the many health navigators who are credited with getting people to get their vaccinations, Fraser-Howze said, “Job well done.”

She said her organization has funded 120 churches in 13 states across the nation. “The navigators are out in the street standing in the breech, putting themselves between the community and the virus that became our devil.”

Of the 900,000 people she said died from the coronavirus, Fraser-Howze said the virus “disproportionately impacted communities of color…particularly Black folks at unbelievable rates.”

She recalled sitting in her living room looking at TV watching health officials put “Black bodies from black bags in black refrigerator trucks in New York City, and I said, ‘not on my watch.’”

After seeing that, Fraser-Howze said she came out of retirement and wrote a proposal called Choose Healthy Life.

“We have the ability to make these choices. If people would just get out of the way and allow us to figure this out, we can figure this out. We showed them with COVID. They couldn’t get testing to the community. Nobody would come to the church…” so she came to the people offering vaccinations.