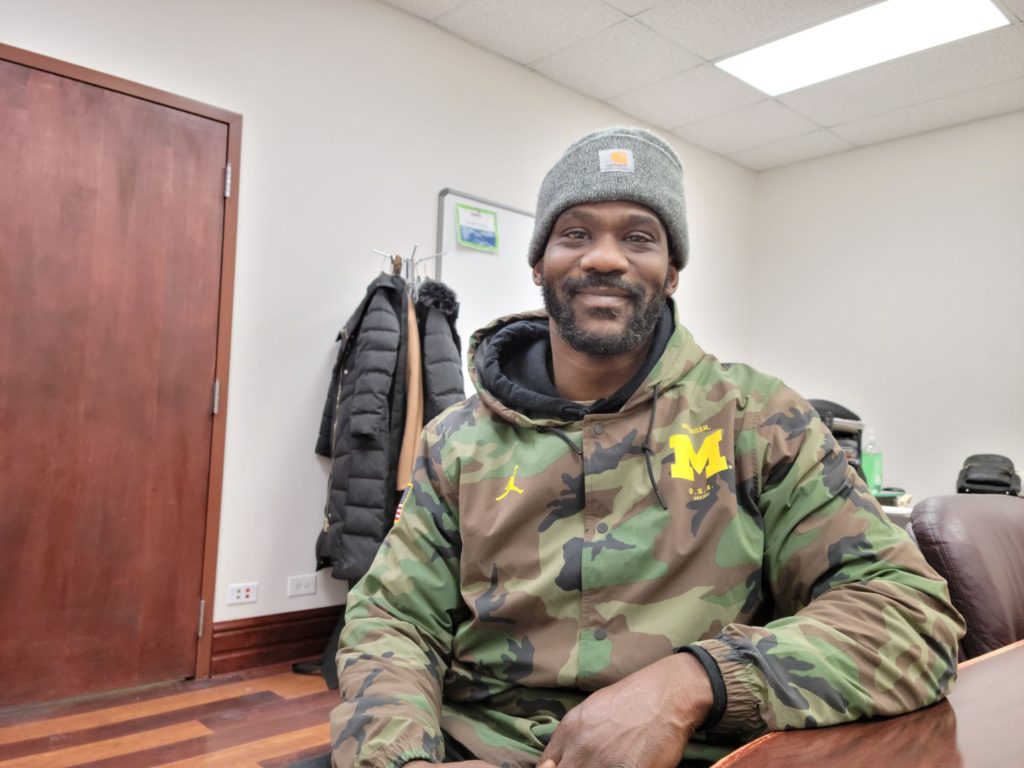 David Terrell, who played receiver for the Chicago Bears as #83 in 2001 and later for the Denver Broncos in 2008 got a cruel, crash course U.S. racist  politics the hard way and one that help end his successful football career he blames on “modern-day (NFL) slavery.”

“I helped him with his campaign starting when I was in Chicago,” recalled Terrell. “I threw his first kicker at the Air Force base in Denver for him to kick off his campaign.” He said 10,000 people showed up. “I invited my whole team and everyone who worked in the Broncos building, but they didn’t show up except two people.”

So excited about Obama’s campaign, Terrell had T-shirts made with Obama’s face on them. “I gave passes to everyone but only two visitors came and they were walk on’s who played with me on the team. None of the big stars showed up. They were afraid to show up because Obama was the first black man to win the Democratic nomination and then he became president.”

Reflecting on that day he thought was historic, Terrell said after the kicker he gave for Obama, he got cut from the team. And, to deepen the wound, Terrell said the T-shirt he made with Obama’s face on it that said, “Free Mind,” was duplicated by the Bronco’s staff “but they put a red circle around Obama’s face with a bar across it and wore them to work the next day.” That, he said, “was hurtful.”

Terrell said the day that happened he received a flurry of calls from his team warning him of what the Broncos staff had done. “Prominent people saw it; so, what kind of image are you projecting?”

“I don’t have time to be holding grudges,” Terrell said. “I just keep it moving.” He said many people equate his experience to that of former San Francisco 49ers quarterback Colin Kaepernick who took a knee during the national anthem at the start of the NFL games to protest police brutality against blacks and racial inequality in the U.S.

Terrell was referring to two former NFL players, Najeh Davenport and Kevin Henry who accused the NFL of discriminating against black players who were seeking compensation through the league’s concussion settlement.

They claimed that the alleged race-based adjustments to neurocognitive test scores resulted in their being ineligible for dementia-related payments. “It’s not fair,” Terrell said. To this day, Terrell said he can’t remember “stuff. I forget keys and everything, but me being a black player, they tell me during my concussion lawsuit as a black player that I am already stupid, from the ghetto and coming into the NFL  dumber than the white boys.

He said the NFL projected him as “the wild child.” He was young and rich, but said, “They don’t pay you what you are worth. ”Terrell played football for seven years, and he is still disappointed in the NFL and its lack of equity among black players.

“The NBA and major league baseball all have guaranteed contracts and universal medical. The NFL does not. The number one most profitable business in the world is the national football league. The owners vote who they want to be their next owner groups. If you look at all 32 owners and their groups, none of them is black,” Terrell said.

Today, Terrell, who is single, has a son, David Terrell, Jr., who attends Howard University majoring in law.