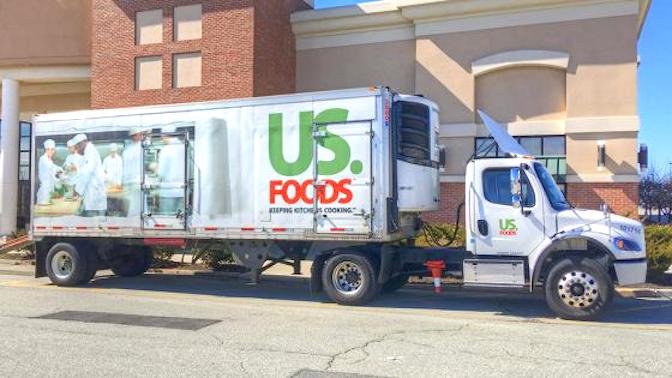 US Foods in northwest suburban Rosemont will pay $159,550 in back pay and interest to 82 Black job applicants whom the U.S. Department of Labor said were discriminated against when they applied for certain positions in the company’s distribution facility in Bensenville.

The Labor Department also accused US Foods of discriminating against 32 female applicants who applied for full- and part-time night selector positions at the warehouse. The Department said US Foods favored male applicants at a “statistically significant” higher rate, according to the agreement.

US Foods nationwide has 26,000 employees and more than 70 locations supplying about 300,000 restaurants and food service operators nationwide.

According to the company’s annual report, in 2020, US Foods generated $22.9 billion in sales.

According to the Labor Department, the 82 Black job applicants who were rejected sought part-time night selector positions at US Foods. Labor officials said US Foods hired Blacks at a lower rate than Hispanic applicants.

Labor officials said they uncovered the findings during a routine compliance evaluation conducted by the department’s Labor Office of Federal Contract Compliance Programs (OFCCP). The division found that US Foods discriminated against the applicants for selector positions, between January 1, 2018, and June 30, 2019.

Executive Order 11246 prohibits federal contractors from discriminating in employment based on race, color, religion, sex, sexual orientation, gender identity or national origin. The company denies the allegations. In addition to paying nearly $160,000, US Foods will offer jobs to 16 applicants.

US Foods also agreed to take steps to ensure future compliance in its personnel practices, including record keeping and internal auditing procedures.

“US Foods has demonstrated its commitment to resolve these matters by making appropriate changes to its hiring process and providing equal employment opportunity,” said Office of Federal Contract Compliance Programs Regional Director Carmen Navarro in Chicago.

A Crusader review of the US Foods’ profile online revealed that the company had no Blacks out of its 10 top corporate executives. One is a white female while the rest are white males.

According to its 2021 proxy statement submitted to the Securities Exchange Commission, US Foods also doesn’t have any Blacks on the company’s Board of Directors.

The OFCCP launched the Class Member Locator to identify applicants or workers who may be entitled to monetary relief and/or consideration for job placement because of OFCCP’s compliance evaluations and complaint investigations.

OFCCP enforces Executive Order 11246, Section 503 of the Rehabilitation Act of 1973 and the Vietnam Era Veterans’ Readjustment Assistance Act of 1974.