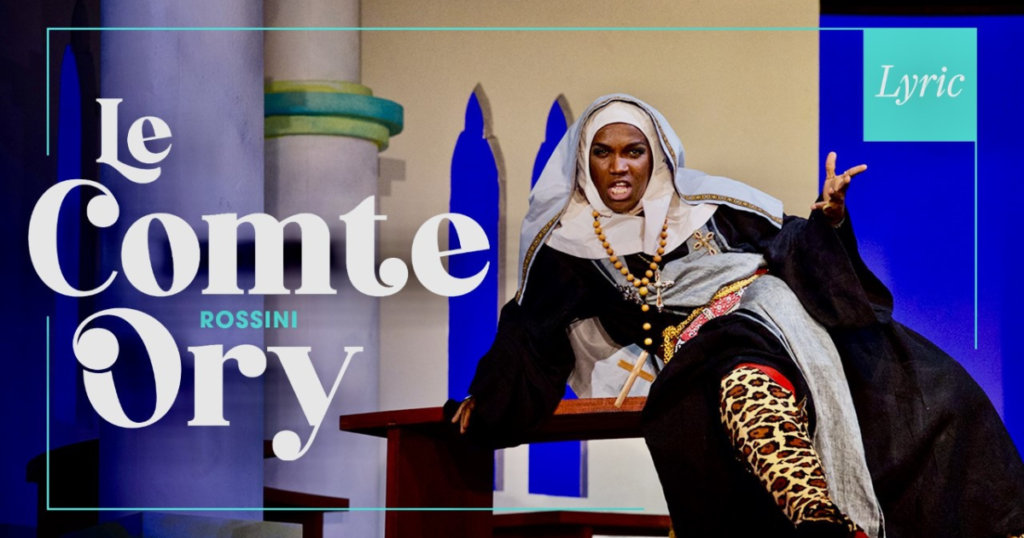 Lawrence Brownlee, “one of the most in-demand opera singers in the world today” (NPR), is leading Lyric Opera’s ongoing French production Le Comte Ory (Count Ory) in the title role, running through November 26. This virtuosic opera singer is a pre-eminent voice not only artistically, but also in advancing diversity in the classical music world.

Brownlee is a regular performer in the world’s most important opera houses, including The Metropolitan Opera, Teatro alla Scala, Royal Opera House – Covent Garden, Deutsche Oper Berlin, Opéra national de Paris, among other prestigious stages. He has been hailed as “an international star in the bel canto operatic repertory” (The New York Times), and “one of the world’s leading bel canto stars” (The Guardian).

Le Comte Ory is a French comedy written by Gioachino Rossini, creator of The Barber of Seville. It’s one of opera’s most frothy delights, with music that bubbles over like the most effervescent champagne. It is not an exaggeration to say this opera is ridiculously funny! While the brother is away, the count will play. In the midst of the French Crusades, Countess Adèle shutters herself deep within the walls of her castle while her brother — and nearly every other man in the country — heads to battle. Sensing an opportunity, the mischievous Count Ory shirks his duty and concocts a wildly misguided plan to sweep the Countess off her feet. Disguises, shenanigans, and a surprising love triangle ensue, resulting in an effervescent spectacle full of nonstop laughs, astonishing musicality, and powerhouse performances from some of the world’s top artists. The amorous Count Ory stops at nothing (including disguising himself as a nun!) to gain entry to the castle and woo the virtuous Countess.

Classical music is a white-dominated field, and aside from his time devoted to the art of singing, Brownlee has been a passionate advocate for diversity initiatives and a voice for activism in the music industry. He serves as artistic advisor for Opera Philadelphia, where his responsibilities include increasing and expanding audience diversity. Over the years, he has made sure to work with companies and engages civic organizations in the cities he visits to create programs and experiences seeking to expand opera audiences.

His critically-acclaimed solo recital program Cycles of My Being, which centers on the Black male experience in America today, has toured extensively, including performances at Opera Philadelphia, Carnegie Hall and the Kennedy Center, among others.

I interviewed Brownlee a few years ago when he was performing in I Puritani at the Lyric, when he discussed initiatives in which he is involved and his desire to encourage minority classical music appreciation.

“I am currently serving as the artistic advisor at Opera Philadelphia, and part of my job description is involvement with diversity expansion. This means community activities, and being an advocate for the company, so that people of color will know that we are also on the stages, working in administration, and working in all other parts of the theater,” Brownlee said.

“Opera Philadelphia, in particular, is very focused on supporting the people of that community. I encourage young people by being an artist that’s on the front lines in the community, so people see that someone who is performing on stage is also reaching out as an artist. And for me, it is wonderful to look out in the audience and see people of color. My hope is that people who come feel like they have someone on their side, and that it makes it easier for them to feel like they can relate to the stories they see on stage.”

This author enjoys visiting the Lyric. I can sit back and take my mind off of other concerns and just immerse myself in the music, singing and action on the stage.

Brownlee talked about his first experiences with music—albeit not classical. “From the time I was a small child I was involved in music. Not singing but playing several different instruments. I grew up in a church tradition where my father was the choir director, and my mother was a soloist in the choir. Being one of six kids, music was always around.”

Brownlee speaks a number of languages, which has served him well during his international travels of more than 30 years. “I would say that I’m fluent in English, of course, and Italian. I have a very good working knowledge of French and German, but I’m always improving those. My goal is to be fully fluent in a minimum of five languages in my lifetime. I sing primarily in Italian, French, and German, though I’ve also sung in English, Latin, Russian and Spanish.”

To hear Brownlee and his amazing performance as Count Ory, in French with subtitles, check out tickets and more information by visiting www.lyricopera.org. 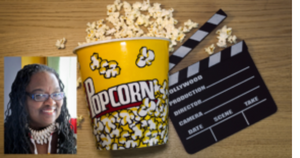