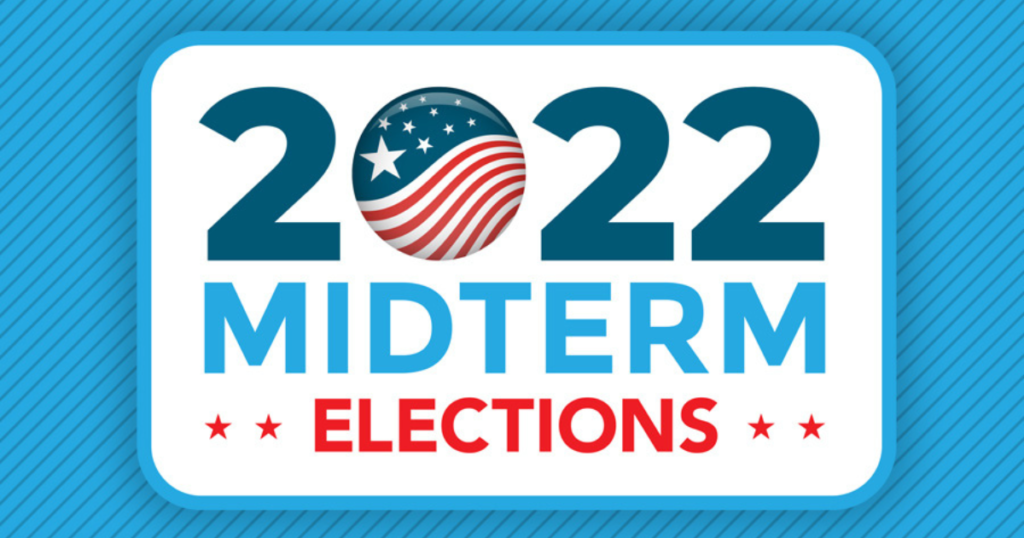 To let the pollsters tell it, Democrats were going to get a “drubbing” or a “shellacking,” just like the one President Barack Obama experienced in 2010 when Dems lost 63 Congressional seats and 6 Senate seats. In contrast, Democrats seem to have gained one Senate seat, and the Georgia runoff may push the number up to two.

There was no “red wave,” hardly even a red puddle.

Despite President Biden’s tepid ratings and economic uncertainty, Democrats did not do badly. As of this writing, the partisan makeup of the House of Representatives is up in the air, but even if Republicans take the House, they’ll hold onto it only narrowly.

Republican control of Congress will, of course, be a blow to the African American community, as key committees are chaired by members of the Congressional Black Caucus, including Representative Bobby Scott (VA) in Education; Representative Maxine Waters (CA) in Banking, and Finance; Representative Bennie Thompson (MS) in Homeland Security, among others.

The 2022 midterm elections remind us that pollsters spew nonsense and raise questions about the very nature of polling. It makes me wonder if the corporate media collaborates with pollsters to maintain the status quo. The pollsters take to the airwaves predicting, among other things, a red wave.

Does it encourage people to stay home or to get out to challenge the polls?

When the drip drip drip of negative polls is reported as “breaking news,” almost every hour on the hour, what impact does it have on the electorate? Who are these pollsters talking to anyway? How many people? What demographic? What methodology? Are they doing internet polls? Are they properly sampling Black people? Are they stuck in the dark ages of landline phones (many people don’t have landlines)?

Polling methodology is replete with possible errors, and the voters highlighted those. No red wave, just a red puddle. The whole polling enterprise needs to be re-examined.

The Democratic Party also needs to be examined. It relies on African American people as its base, yet it is expert in ignoring Black people when distributing resources. Organizations like the National Coalition for Black Civic Participation, Black Voters Matter, and other independent organizations get less support from the Democratic Party than they should. Further, Democratic indifference or belated focus on Black candidates has impacted the outcome of the midterm elections.

North Carolina’s senatorial candidate, Cheri Beasley, came within 3 percent of winning the election. Beasley got some Democratic Party support, but it was too late.

In Wisconsin, Mandela Barnes came within 30,000 votes of winning, but a low turnout in heavily Black Milwaukee condemned Barnes to a loss. Could the Democratic Party have funded a ground game in Milwaukee? Did Mandela Barnes pay enough attention to his natural base?

It’s easy to do the Monday-morning quarterbacking about the midterm elections. The process of making the Democratic Party more responsive to Black people is more challenging.

Many of us got tens of emails daily from Democrats asking for funds. It was always urgent, accompanied by the promise of a 2- or 3- or 4-times match. How much money goes to candidates, and how much to pollsters and campaign consultants? How many of these consultants work for the Democratic Party, not the candidate directly? I prefer to give my money directly to candidate websites and to support independent voter participation activities, especially those that target Black voters.

Neither Democrats nor Republicans have a majority among voters. Independent voters are unwilling to declare party allegiance, and are often willing to split tickets, responding to their assessments of individual candidates, not party affiliation. This increasing independence, especially among young voters, poses a challenge to both parties.

Both Democrats and Republicans are experiencing intra-party conflict, which, when combined with gerrymandering, has caused some Democratic losses in usually Democratic New York state. Ideological puritans say they won’t vote for flawed candidates unless they get their way. They need to consider what happens when they fail to vote at all.

The 2022 midterm elections will be discussed until 2024. However, I hope the 2022 elections taught lessons. The Democratic Party must invest in its African American base. And all of us must ignore the pollsters.

Dr. Julianne Malveaux is an economist, author and Dean of the College of Ethnic Studies at Cal State LA.