NAVIGATING A CULTURE OF VIOLENCE 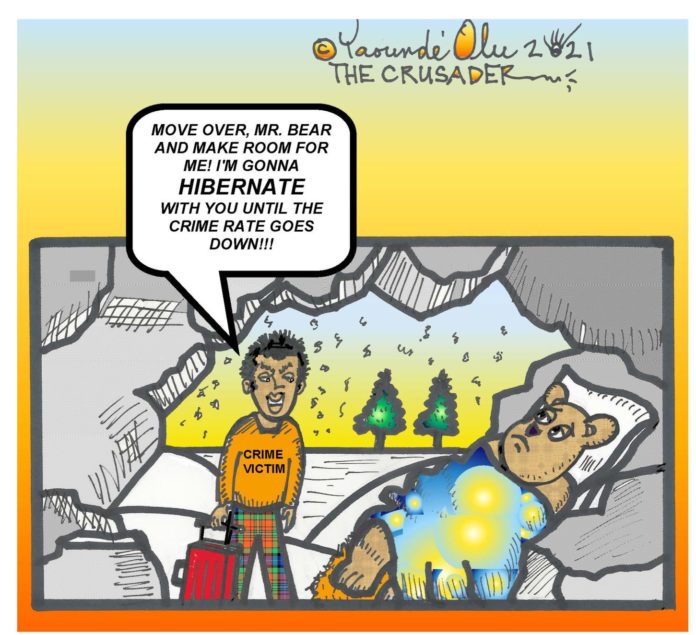 These are indeed dark days for the world in general, and the United States in particular. A lot is happening and many people are dying due to the actions of their friends, neighbors, significant others, and random strangers. These incidents appear to be rising.

Years ago in the United States it was possible for children to go outside to play without parents worrying. Not anymore; with drive-by shootings becoming commonplace, and with some people who have decided to practice their sharp-shooting skills by picking people off at expressways, the tide of comfort has receded. This violence is creeping into neighborhoods that previous to now had a reputation for being “safe.”

What we must understand is that things don’t happen in a vacuum. The violence that we see in city neighborhoods is a microcosm of that which we see in higher halls of power.

Right now, we are witnessing the shenanigans around the January 6, 2021 fiasco that was an attempted coup as opined by just about any objective observer.

Insurrectionists had erected a platform to allegedly kill a former sitting vice president, and other people actually lost their lives during the incident. Steve Bannon, a Trump acolyte, has been arrested by the Feds due to crimes he has allegedly committed regarding that incident. He has, however, angrily thumbed his nose at the law, and actually sent a public message to his ‘war room’ about the insistence of “taking down the Biden regime!”

In another arena, a Houston, Texas, Astroworld Festival featuring rapper Travis Scott grew so violent that, at press time, ten people have lost their lives and scores have been injured. The cause? A crowd surge, initiated by unknown persons for unknown reasons (at press time).

Rumor has it that someone was shooting people with drug-filled hypodermic needles. According to some observers, the crowd was unruly even before the escalation of that unfortunate crowd surge. Travis Scott is being sued by more than 100 people, partially because it is said that he continued performing while the chaos was evident.

A lot of the inhospitality that is demonstrated today is connected with the proliferation of conspiracy theories, especially those generated by the previous presidential administration.

A significant case has just concluded: Alex Jones, a well-known purveyor of conspiracy theories, has been found liable in a defamation lawsuit brought by Sandy Hook families due to extreme disinformation spread by him. He repeatedly insisted that Sandy Hook didn’t happen; that it was a hoax perpetrated by the government to confiscate guns from American citizens. Twenty-six people lost their lives in that debacle, which included 20 children and six adults.

So, we can see that the behaviors exhibited by people in high places in America are also evident in the lives of everyday citizens. Too many people are gullible and think that democracy will not deliver for them. This may be behind their support for a push toward authoritarianism that seems to be fueling this negative thrust.

Our citizens are becoming jaded. They are believing all kinds of ridiculous ideas that don’t make sense unless a person has given up on pursuing critical thinking strategies. Dubious political initiatives have been given free reign perpetrated by a shadowy dictatorial thrust.

To combat this situation, we must eschew disinformation and begin to see our neighbors as support systems and not as adversaries. Our communities cannot survive with the level of violence that is being experienced; some businesses have vowed to close rather than subject themselves to it.

Another strategy that we must embrace is that of holding each other accountable. We understand that our people have been traumatized by their American experience, BUT that is not an excuse to coddle them and excuse community predators.

The disaffected individuals among us stand to cause us all to lose what we should be seeking, peace of mind in a supportive environment. It will have to start there; only then can we unite against external enemies. A Luta Continua.