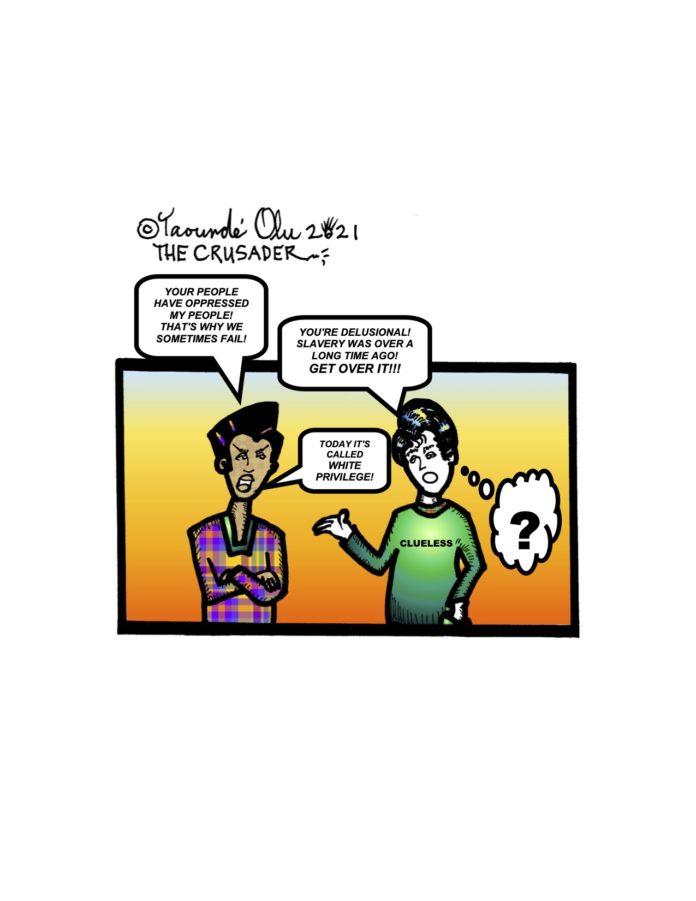 We live in incredible times. Our world is decidedly xenophobic; people tend to be leery and often downright hostile toward those who are not like themselves. This is partially the reason for systemic racism and bigotry all over the planet. The interesting thing about this is the seeming amnesia that occurs when this racism and bigotry is called out.

One of the clear demonstrations of this is the resistance that educators are meeting when the issue of the 1619 Project, which addresses the trials and tribulations that Black people have endured since 1619 in America, is mentioned.

The resistance is so strong that otherwise sane people oppose the actual teaching of accurate history. Some of the backlash from white people, according to some African Americans, may be due to the embarrassment of the truth about their past as oppressors and their reluctance to expose their children to this truth.

One of the starkest demonstrations of this avoidance syndrome is regularly demonstrated on social media. It is a frequent occurrence that a benign discussion about a nondescript subject invariably devolves into an abyss of racial animosity.

An example of this is related to the SpaceX crew that launched recently. Sian Proctor is the first Black woman to pilot spacecraft with the launch of SpaceX.

Apparently, in response to this, a person on Facebook took issue with the fact that during her interview “she repeated ‘Black female’ over and over and over again in her last interview…very sad to focus on that.” Another poster wrote, “Any article that mentions or glorifies skin color propagates racism. The woman’s skin color has nothing to do with anything.” Yet another wrote, “Who the hell cares what her skin color is. This is a racist article.”

An African American, in an attempt to enlighten the aforementioned Facebook posters, clapped back with, “Because of continuous oppression based on skin color in this country, pointing it out becomes hugely inspirational to young Black and Brown youth because they can begin to see themselves in a better light.”

A response to this post came from someone who wrote, “Recognizing someone who is successful can be inspirational to all children. There is nothing beneficial from the title of an article concentrating solely on the color of someone’s skin, it’s ludicrous and archaic. Children can see for themselves what the woman looks like. Separating people by the color of their skin needs to be put to rest. Celebrate the similarities between us and the idea that all children can reach for the stars.” Of course, in a perfect world, this poster is on point, but unfortunately, today’s America is far from perfect.

It’s important to understand that the basic thread started out about the successful launch and return of Elon Musk’s SpaceX rocket with a Black woman as part of the crew and then became a discussion about race. Now, it’s true that dialogue gives people an opportunity to discuss topics that would not have an opportunity to be discussed elsewhere, and this can build bridges among those who are open-minded.

But on the other hand, it is extremely perplexing the way some people, especially some white people, bury their heads in the sand and refuse to even acknowledge the overt racism that Black people are routinely subjected to in America.

What is it about some white people that keep them from seeing the obvious oppression that Black people have and continue to endure in this country? And why is it important for them to understand this?

The answer is that the dominant culture can use race as leverage to deny people access to the resources of a society, including those that the oppressed have helped to generate! Consequently, some whites are emotionally blinded by their privilege and cannot see reality.

The obvious conclusion is that yes, race does matter. It can determine the quality of life of both Black and white people! Many white people do not understand the way they hurt themselves when they deny Blacks opportunities to contribute adequately to society.

The upside of racism, however, is that Black people can become super successful as a result of oppression. Resistance creates strength. And the more oppressed Blacks are, the stronger they can become. Now, if only they recognize this fact and pool their resources, the sky is the limit as to what can be accomplished. A Luta Continua.