DUAB meeting at West Side was not pretty 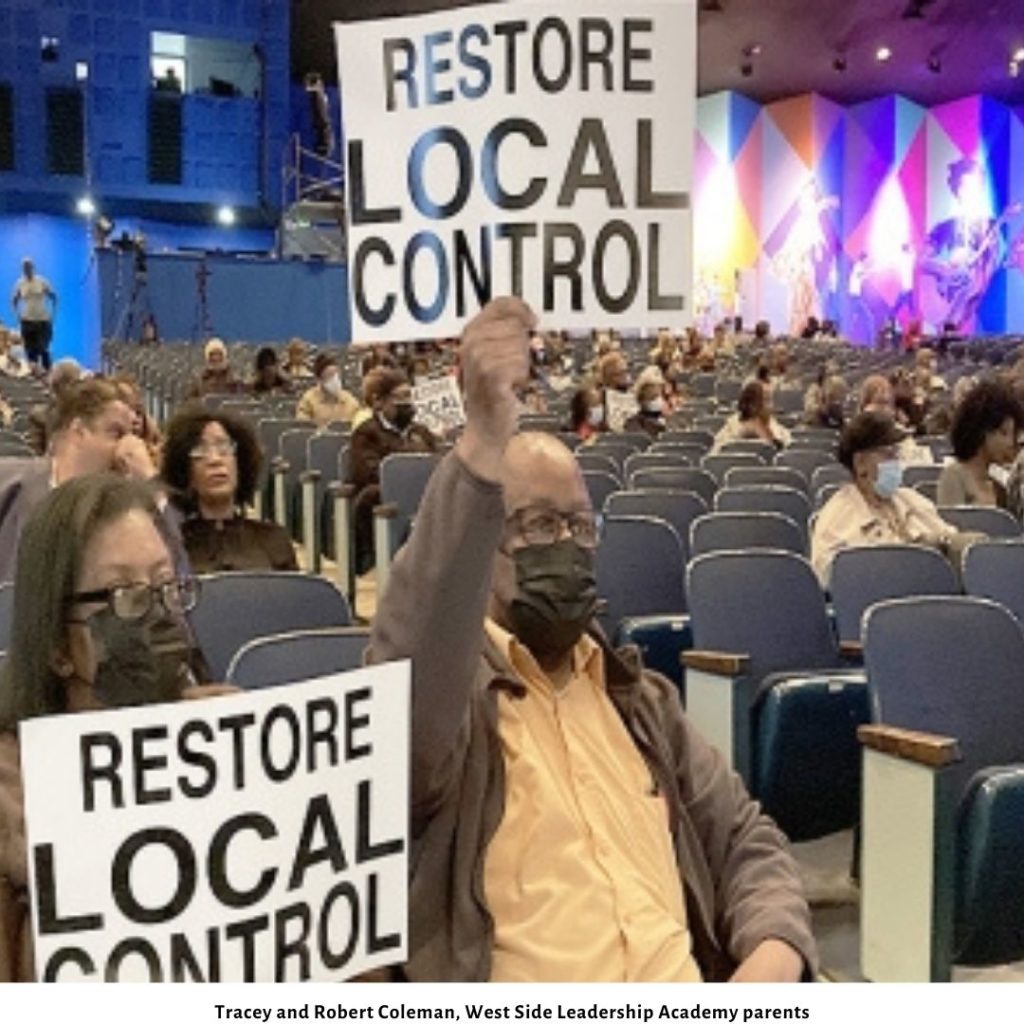 Again, a meeting of the Distressed Unit Appeal Board with the Gary community and stakeholders in the Gary public school district was not pretty.

A shouting match between DUAB Chairman Justin McAdam and the audience seemed like the meeting would come to an early end until State Sen. Eddie Melton took the microphone and calmed the audience, asking them not to leave.

Hints it was going to be a bumpy night were the yard signs in the neighborhood leading to the meeting at West Side Leadership Academy that read ‘MGT Must Go.’ Inside, some audience members held placards with ‘Restore Local Control.’

Wednesday night’s meeting drew a larger crowd than the DUAB meeting held in October 2021 at the Gary Career Center where there was standing room only in the cafeteria. At that time, the board heard many requests from community members asking the state to develop a plan to return the district to local control.

And much of the public comments heard then were criticisms of MGT, the education management organization selected by the DUAB to be the day-to-day operator of the Gary Community School Corporation, taken over by the state in 2017.

The purpose of DUAB’s meeting in Gary was to notify the public of DUAB’s intent to renew the contract of MGT Consulting of America. The board wanted the public to hear from MGT its plans over the next 2 years for prioritizing student academic achievement.

Also important, said McAdam, the board wanted to hear the public comments.

With more capacity, West Side’s auditorium also provided greater physical distance between the DUAB panel members and public. At the Career Center, only about six feet separated the DUAB, MGT, and Gary schools staff from the hostile remarks and insults coming from community members.

As happened at the October 2021 meeting, those who spoke at Wednesday night’s meeting opposing MGT greatly outnumbered those who spoke in support of the management company. Both meetings were marathons of 4-plus hours.

At the Career Center meeting, public comment started early and went for hours. It was the opposite Wednesday, with MGT telling its accomplishments in the Gary schools over the past 5 years and its plans for the next two years; concluding nearly 3 hours after the 5pm meeting start.

Boos and outbursts from the audience often interrupted the presentations with Chairman McAdam asking for quiet and respect for the speakers.

The audience erupted when McAdam said MGT and Gary schools teams would leave the stage for the public comment portion. “We sat here and listened to them. Why can’t they stay and listen to what we have to say,” audience members shouted back.

Over audience shouts, McAdam said the teams would remain in the auditorium and called for a 10-minute break. The audience began to leave. That’s when Sen. Melton came to the microphone, telling the audience, “MGT is going to come and sit down so we can continue. Please don’t leave. Let’s finish tonight. There’s going to be a break; hurry up and come back so they can hear from the community.”

Sen. Melton said hostility towards the DUAB and MGT stems from “open wounds in the community” caused by “a history of intentional policies and legislation Indianapolis directed at Gary.” He went back to decades old legislation that created Merrillville and legislation that shifted the tax burden from U.S. Steel to Gary homeowners. “And just in the last 10 years, the State Board of Education took over Roosevelt without a plan to transition back to local control.”

Melton added, “There’s a hesitation in the community when talking about what is a plan – we’ve seen this before. We have to be very clear on a plan back to local control.”

What the Gary community got, after the October 21 meeting and their requests to the state to develop a plan for local control, was a Republican-sponsored bill that would create a new governing body for the district. If it had passed, the state would appoint a new school board and superintendent, and would have prevented the district from engaging in collective bargaining with the Gary Teachers Union.

We want to appoint our own school board and superintendent, Melton said.

To the DUAB panel remaining on the stage, Melton said, “You will get boos from a community that hasn’t had a school board to air their frustrations to at school board meetings.”

”This has caused so much division in our community. It hurts me to my heart to see my friends that are working on this stage and it feels like we’re against them. That’s not the case,” Melton said. “We can’t let Indianapolis make us continue to fight. We may disagree. We can’t do what we’re doing tonight to each other as a community. When MGT is gone, they will still be here. So let’s work together.”