Dr. Matthews: “Those who die from COVID-19 are Vitamin D3 deficient” 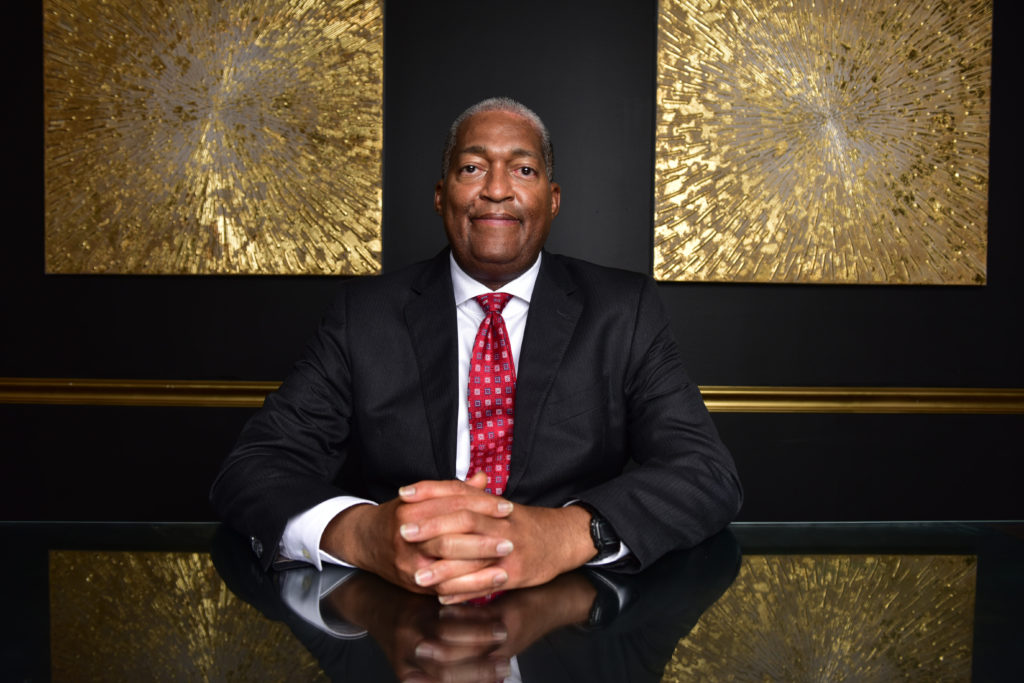 Dr. Leslie Ray Matthews, a retired physician born in Indianola, Mississippi, the home of B.B. King, has had a mission, a burning passion to research and prove the effectiveness high doses of Vitamin D3 have on human beings especially in the treatment of COVID-19.

According to Dr. Matthews, an international, award-winning surgeon, statistics show that individuals who are hospitalized and ultimately die were all vitamin D3 deficient, regardless of their vaccination status.

“Research has shown that 80 percent of patients that have died from coronavirus or required ICU care were Vitamin D deficient,” Dr. Matthews stated referring to a study published in the Journal of Clinical Endocrinology & Metabolism.

“Vitamin D3 is the most common nutritional deficiency in the world. Vitamin D pre-deficiency is a pandemic within itself,” he said.

Education around the importance of increasing one’s immune system via a high-dose regimen of Vitamin D3 is Dr. Matthews’ primary mission. He calls Vitamin D3 “the miracle vitamin,” and that its effect on the human body should be more widely discussed in order to save lives.

Dr. Matthews began his research long before the Coronavirus 2019 (COVID-19) was discovered in a laboratory in Wuhan City, China. Since then, the Coronavirus and its new Delta variant have multiplied over and over again worldwide infecting and killing 905,000 people, which is 61 percent higher than the current death estimate of 561,594, according to the Centers for Disease Control and Prevention.

As of September 19, 2021, the number of confirmed and presumptive positive cases of COVID-19 reported in the U.S. was more than 41.9 million of which 678,000 have died, according to the New York Times and the Johns Hopkins University and the Georgia Department of Health. COVID-19 has surged again due to the new Delta variant, which is becoming the dominant Coronavirus.

According to the New York Times, 47 percent of Americans are not fully vaccinated and during a time when the country is divided over the issue of mandating the wearing of masks, whether vaccinations are valid in the first place, which has caused health care workers’ revolt and resignations at some U.S. hospitals.

A retired former critical care surgeon at the Grady Memorial Hospital in Atlanta, Georgia, for 13 years, Dr. Matthews is proud of his Vitamin D3 research, but he is also very proud of his family’s history with the famous blues singer B.B. King.

“B.B. King started his career on my grandparents’ front porch with my dad, an uncle and a group called the St. John’s Gospel Singers,” he told the Chicago Crusader. “He originally wanted to be a gospel singer, but he realized he could make more money as a blues singer. My mom said he was a better gospel singer than a blues singer.”

When asked when did he get involved with the Vitamin D3 research, Dr. Matthews said as a child he always wanted to do research. “Once I got my career established, I started doing Vitamin D3 research around 2004.” In 2007, he said his research “really took off.”

According to Dr. Matthews, Vitamin D is a hormone, not a vitamin. “It is a steroid hormone. You have 30,000 genes in the human body that control your height, your weight, your intelligence….Vitamin D, or Hormone D, controls 3,000 out of those 30,000 genes, but among those genes, it controls your immune, or response system, and your inflammatory response system. Your response system includes activating the white blood cells.

“Anytime you have an infection whether it is viral, bacterial, or therapeutic or cancer cells, the white blood cells increase from the Vitamin D and are able to fight off the infection,” Dr. Matthews explained.

He said Vitamin D “is a perfect element because you start developing a lot of resistance, bacterial infections, fungal infections. It also helps your bones heal stronger.” Quoting a colleague of his, Dr. Michael Turner from the Mayo Clinic, Dr. Matthews said, “Vitamin D decreases the number of narcotics that you need for pain. If you get your Vitamin D level up higher, you can wean your patients off of narcotics easier.”

“There are many different things Vitamin D can do to the human body. I could probably do more with Vitamin D or Hormone D than George Washington Carver did with the peanut,” said Dr. Matthews.