DEMOCRACY IS AT A CROSSROADS 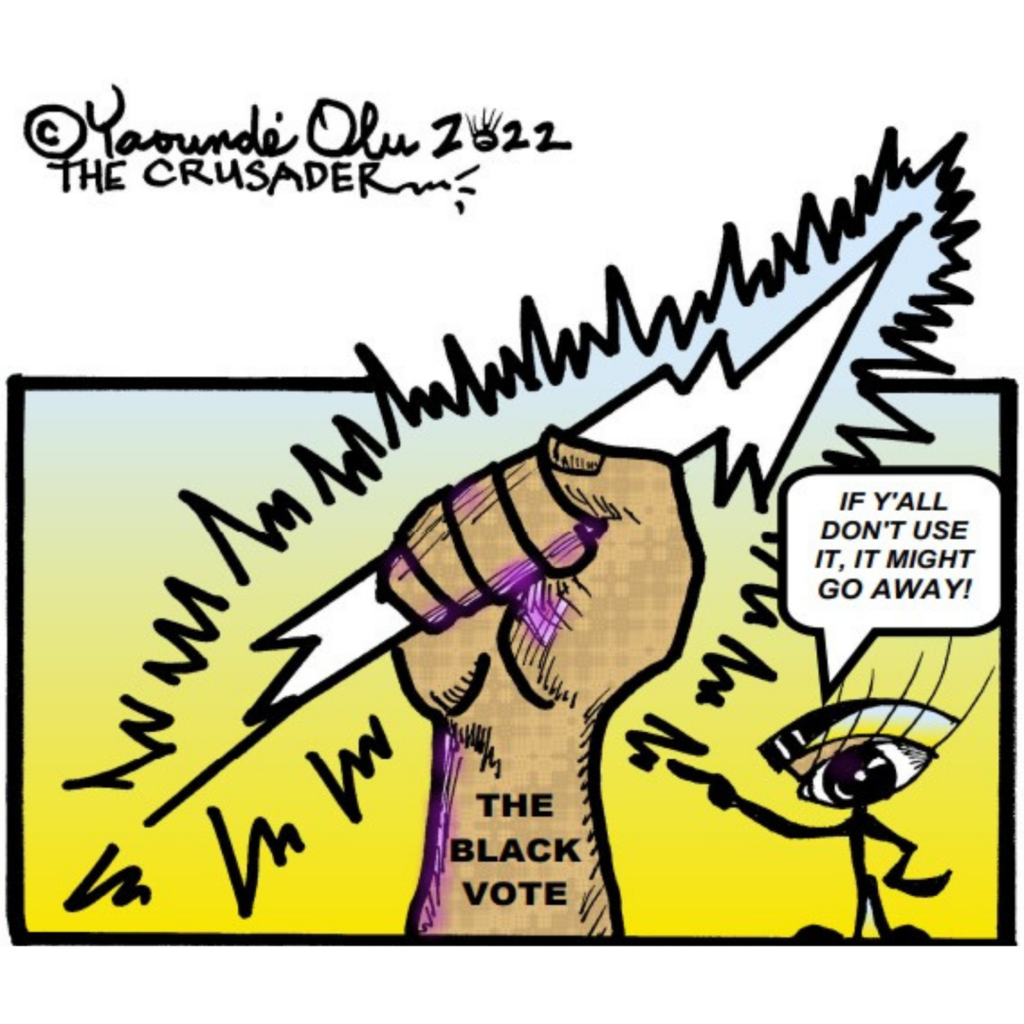 There is a saying that goes something like this: “If you don’t use what you have you may lose it!” One thing is certain; the VOTE is important for the salvation of a disenfranchised people. It is possessed by the super-rich and by the impoverished residents of the United States of America; it is the Equalizer!

The problem with voting today is that one group of people has no clue about the power they have with the vote, and misuse it or take it for granted. They have embraced all sorts of excuses for not voting and for the high incidence of low voter turnout in African American communities.

Yet, the vote is very, very important in determining not only the quality of our individual lives, but the quality of our democracy. We are now at a crossroads, and what we do today will determine the future of the United States.

When considering today’s dangerous socio-political climate, we stand to lose America. Of course, there are those who will think this is hyperbole; they think it is an exaggeration of threats that lie ahead. And there are people who are relying on the propaganda of powerlessness to keep the disenfranchised powerless and non-voting. Their strategies seem to be working.

There is a huge schism in the fabric of the American body politic, and it is manifesting as the Right v. Left split. It is also clearly seen as Democrats v. Republicans. Unfortunately, today, a lot of the issues that pop up are forced to be associated with one of these camps. Because of this, there is a vested interest in suppressing the vote.

One of the consequences of low voter turnout in African American communities is the loss of relevance. This is especially true in light of the explosion of the Hispanic population. As the trend goes, African Americans can no longer be considered the largest minority demographic. This change is apparent in the number of Hispanics who are gaining political power and influence.

The chief villain in politics today and the one that will rely heavily on voting outcomes is “corruption.”

America is rapidly and openly becoming a plutocracy…quality and ethics of political candidates are not what are driving political engines; dollars are in the driver’s seat! Very often the best candidates are not the ones with money. They cannot afford the constant print and electronic media advertising that has become the hallmark of American politics. Exacerbating this situation is the fact that many citizens are lazy when it comes to doing research for themselves in assessing political candidates.

There was a time when the number of African American politicians was few and far between. Today, we have had a president of the United States, a vice president, governors, numerous mayors, and people in a plethora of other significant positions, yet the community does not seem to be making progress commensurate with the number of representatives the community has had.

The previously described scenario is partially the result of the fact that people don’t understand that voting is just the beginning; elected officials must be held accountable by their electors. If electors don’t understand the power of the vote, we end up with what we have ended up with today: apathy, a lack of trust, and low voter turn-out!

Where is our leadership? Could they be found among those who are qualified to run but do not have the money to adequately campaign? That is a possibility. Our leadership needs to develop effective political strategies that communicate the urgency of the importance of political participation in Black communities. If we are not careful, we may forever lose the power that we have enjoyed in the past as a result of access to the vote.

Too many people don’t recognize that we are better off today because of political gains in the past. Democracy is truly at a crossroads; there is no guarantee that it will continue. It will take action on the part of all stakeholders to ensure that we, the people, have input in the direction that our lives take in the United States of America.

If we give up on the opportunity to vote, we will have no one to blame but ourselves if we wake up one day in a dictatorship. Vote like your life depends upon it because, actually, it does! A Luta Continua.