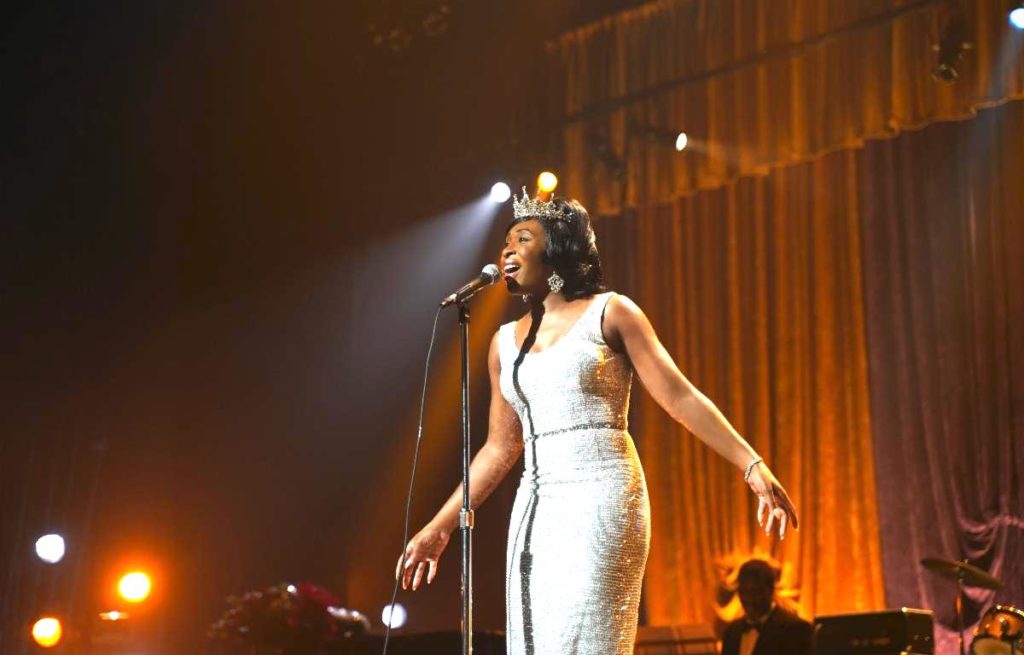 The late Aretha Louise Franklin was crowned the “Queen of Soul” during a concert in Chicago in the late 60s, but she was often disrespected and not treated as a QUEEN. Aretha had a more than 60-year-career, but at the onset she was more or less pushed by her father, the late Rev. C.L. Franklin, into performing in his Gospel Caravan shows that traveled the Southern states. A young, 12-year-old Aretha joined other Gospel artists, while her father preached, but she was mostly surrounded by adults. So, it was no surprise that she had a son named Clarence at the age of 12 and another son at the age of 14.

Later in life, she was used by her first husband, Ted White, who also served as her manager. And while her womanizing father, played by Courtney B. Vance, helped propel her career and position in culture, record producer Jerry Wexler had much influence and bearing on Aretha’s career that took her all over the world. Wexler seemed to be one of the few men who really were in Aretha’s corner until later in life.

All this and more about Aretha’s life is laid bare in an eight-hour anthology called “Genius: Aretha.” National Geographic’s “Genius” series will air double-stacked episodes across four consecutive nights, beginning on Sunday, March 21, at 9/8c. The premiere episodes will be available the next day on Hulu, culminating in a celebration of Aretha’s birthday, with all eight episodes available to stream by Thursday, March 25. 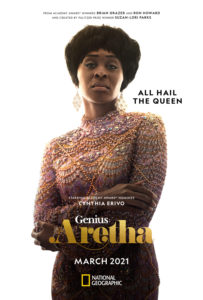 “Genius” is National Geographic’s critically acclaimed anthology series that dramatizes the fascinating stories of the world’s most brilliant innovators and their extraordinary achievements with their volatile, passionate and complex personal relationships. Previous seasons have highlighted Albert Einstein and Pablo Picasso. This third season will explore Aretha’s musical genius and incomparable career, as well as the immeasurable impact and lasting influence she has had on music and culture around the world.

Aretha was a Gospel prodigy, an outspoken civil rights champion and widely considered the greatest singer of the past 50 years, receiving countless honors throughout her career. “Genius: Aretha” will be the first-ever, definitive and only authorized scripted series on the life of the universally acclaimed “Queen of Soul.”

Without knowing how to read music, Aretha taught herself to play the piano, began to record songs, and signed her first record deal at age 18 with Columbia Records. In 1966, she moved to Atlantic Records, where she recorded many of her most iconic songs.

In 1979, she began a 40-year friendship and partnership with Clive Davis, which produced a number of hit songs, including the highest charting and bestselling song of her career, “I Knew You Were Waiting (For Me),” a duet with George Michael. The legendary singer is one of the world’s bestselling musical artists of all time, with more than 75 million records sold globally during her career. Her voice was identified as a “natural resource” by her home state of Michigan.

This look at Aretha’s career is just one that’s slated for 2021, but this treatment is a definitive “must-watch” anthology of the ups and downs that followed Aretha through out her career.

In my opinion, she was used by her father, whom Vance so expertly plays. He pulled her out of high school at one point because she had to sing with his caravan. The pair bumped heads on more than one occasion, but she loved him dearly, as she did the actor Glynn Turman, to whom she was married from 1978 to 1984.

Aretha’s mother died when she was young, and we see her from her pre-teen years as a Gospel singer to her time with Muscle Shoals, to Altantic Records, her 1972 Gospel-only album, “Amazing Grace,” to her civil rights activism and alliance with Angela Davis, to her disco phase, her signing with Arista Records and beyond.

Those who love Aretha and her music know that she often appeared with her purse close by. In the doc, Erivo quips about this fact. The costumes of the era are breathtaking, but as fine as she looked on stage and during interviews, Aretha had a hard go at life. Certainly, one harder than the public would imagine for a woman who was adored the world over and to whom folks could listen to perform for hours on end.

This series spans more than five decades, going back and forth, which is often confusing. It has a great cast; shows Aretha’s dip into activism and her admiration for the late Dr. Martin Luther King (“You’ve got to disturb the peace when you can’t get no peace,” she is quoting as saying during the late 60s); and shares priceless recording sessions of future Aretha hits with viewers. Although she doesn’t present that guttural song-belting skill in this series, I enjoyed Erivo. Many on social media have decided that she just doesn’t cut it as Aretha, because many are looking forward to the other asset on the “Queen of Soul.” However, NatGeo is to be commended for recognizing and carving into stone the indelible mark that Aretha made on the culture for all the world to see.

Erivo performs many songs from Aretha’s rich catalogue, including “I Never Loved a Man (The Way I Love You) and “Don’t Play That Song,” among others. “Genius: Aretha” also features well-known personalities aligned with Aretha, including Dinah Washington, King Curtis, Clara Ward, Art Tatum and the Rev. James Cleveland.

“Genius: Aretha” is produced by 20th Television and Imagine Entertainment.