Crusader journalist finds dead body next to his car 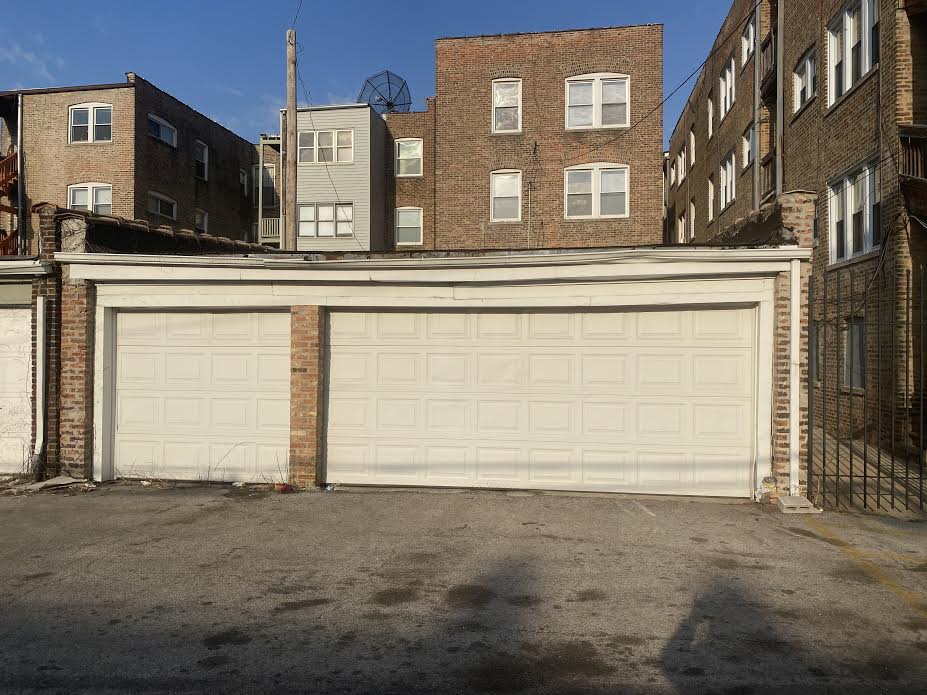 Easter weekend had arrived. The house cleaning was done. All that was left to do was pick up Easter dinner at the Local Market in South Shore.

I walked several yards to a private parking lot to retrieve my Chrysler Sebring.  This short trip made my Good Friday of 2021 one that I will never forget.

As I approached my car, right before my eyes lay a dead body. The hands looked hard. One leg was elevated half an inch above the dirty pavement in what coroner’s staff probably call rigor mortis.

All weekend I could not get the image of the lifeless 6-foot-tall man out of my mind. I told the police. I told relatives. I told members of my church. I told my neighbors. Now I’m telling Crusader readers.

I have seen dead bodies before while covering crime as a journalist in Miami, but this one seemed different. It was right outside my door. Seeing it in such proximity to my private life, it really hit close to home. Every time I go to the parking lot for my car, I’m forced to look at that garage and it reminds me of death.

The evening seemed ripped out of a Hollywood movie. It ended with a rattled Crusader journalist, an elusive neighbor and a mysterious death that left more questions than answers.

The corpse had a familiar face. He was a 53-year-old Black man whom I saw along with a neighbor as they were working on my car two days earlier. I did not know him or his name.  He was wearing the same clothes when I found him unconscious in an enclosed garage. He was a few feet away from my car that was in the garage being repaired after a minor accident.

For this story, I have purposely omitted the names of the victim, his friend and witnesses to protect them and an ongoing investigation of events that led to the night of April 2, 2021. It was Good Friday, but there was nothing good about it.

That morning at 10 a.m., I texted my neighbor, or mechanic, to tell him that I needed my car that day. All week the car had been in the garage as the mechanic repaired the front bumper and headlight damaged in an accident. He promised to have it done by last Friday, April 2.  An hour after I texted him, the mechanic responded.  He texted me that he was at the doctor and would call me later. Three hours passed, and I had not heard from him. I texted and called him again. When he did not respond in an hour I texted and called his cell phone many times.

Five hours went by before he responded with a text message telling me to walk next door to an apartment and ask for a friend, who could let me in the garage to get my car.

I did that. After walking to the garage with the friend, I waited outside the closed overhead garage door.  The mechanic’s friend entered the garage through a rear service door. Suddenly, he shouted, “Oh My God! Oh My God!”

When the garage door was raised around 7:15, I saw what he saw. A man who appeared unconscious lay seven feet away from my car. A flood light that illuminated his body was still on.

Wearing Adidas high top sneakers, blue jeans and a gray hoodie, the man looked as if he was sleeping. His left arm was by his side, the right arm was extended outward. His head leaned to the right side of his body.

His friend felt his neck for a pulse. There was none. He said nothing as he left the garage. To see if he would respond, I gingerly kicked one of his feet. It was very stiff. I asked if he was OK. He did not respond. I wanted to touch his hand, which looked a little bloated and hard. I decided not to do so.

The body also did not show signs of decomposition and there was no foul odor in the place.

Who did this and where is the killer? I stared at the body, then at the empty parking lot. Many neighbors were away for the holiday weekend. There had to be answers. As a neighbor and journalist, I wanted to help find them.

With the garage door open, I thought about taking my car, but I did not. I realized that the garage is potentially a crime scene. I decided not to touch anything, including the car. At 7:39 p.m., I left the garage and called 911.

I told the dispatcher that the man was unconscious and perhaps dead. She connected me to a paramedic, who asked me to perform CPR. Because of the coronavirus pandemic, I declined for safety reasons. I also did not want my fingerprints or DNA on the body as questions grew about the man’s death.

My block soon resembled a scene out of  “Law and Order.” I watched as seven paramedics worked on the body. They pulled the man’s hoodie halfway up his torso, leaving his stomach exposed. With some of them blocking my view, I was unable to see what they did next. But five minutes after they came, they pronounced the man dead on the scene. A death investigation began immediately.

Two female Chicago police officers began surveying the scene. One took out a cell phone from the man’s jeans. It was not on. Another looked around and under the car.

The friend who opened the garage and first discovered the body returned to the scene with a seemingly middle-aged woman. The friend told police how he discovered the body. He and the woman also told the police that the mechanic had told them a day earlier that he was in the hospital but did not specify what hospital or why he was there when he was asked.

In his conversation with me, the mechanic never wanted to speak to me when I asked by text. In one text he said he was in a “machine” and was unable to talk on the phone. I called that mechanic a total of 32 times that day and never spoke to him.

At around 10:40 p.m., one of the detectives told me that after observing the body and scene, the man who died might have suffered an opioid overdose. Her theory led me to wonder why the evasive mechanic in the hospital would not speak about his condition or give the name of the hospital to me or his friend.

Throughout the evening, I thought about the man who died. He spent the last hours of his life alone, wearing dirty clothes in a grungy garage. There were more questions. Who was he? Did he have a family or siblings? How long was he dead before he was discovered?

The man’s body is now at the Cook County Morgue. The latest data show that he was pronounced dead at 7:55 p.m., but his cause of death is listed as “pending.” He is now just a statistic with no name.

If an opioid overdose killed him, it would be in the same week that many learned during the Derek Chauvin trial that George Floyd and his girlfriend struggled with their addictions to opioids. Floyd had been hospitalized in March 2020, two months before his death sparked protests across the globe.

If it is true that he overdosed on opioids, it would be another grim reminder of an epidemic that has been forgotten during the ravages of the coronavirus pandemic.

From 1999–2019, nearly 500,000 people died from an overdose involving any opioid, including prescription and illicit opioids, according to the Centers for Disease Control and Prevention.

Last year in Cook County, there were 1,824 opioid related deaths, including 1,039 in Chicago. In South Shore in 2020, 15 people died of combining drugs with fentanyl, one of the most common opioids. Of the 15, five were Black, Cook County data show. The youngest was a 23-year-old Black male. The oldest was a 69-year-old Black male.

Originally a Black “problem,” the opioid crisis was declared an “epidemic,” when it began killing white Americans across the country.

At nearly 1 a.m. Saturday morning, I was allowed to remove my car from the garage after detectives wrapped up their investigation of the scene and the coroner removed the body. The flood light was gone, but the victim’s walking cane was still there.

With the image of the body in my head, I did not fall asleep until 4 that morning. I never heard from the mechanic. All I have is his text messages and his signature on a receipt that was created on the back of a Peoples Gas envelope.

I did nothing for the rest of that Saturday. I was still in shock. For the first time in as long as I can remember, I did not watch the “Ten Commandments” on ABC. I just sat or lay in silence all day. I cooked a ham and Easter dinner but did not eat it. It went straight to the refrigerator.

Good Friday and Easter Sunday were not supposed to be like this. Those days were supposed to be about remembering the death of Christ. Now the Holy weekend and Resurrection will forever be about a dead stranger who died mysteriously and who will never be resurrected.

Sometimes what we need most is a wellness check