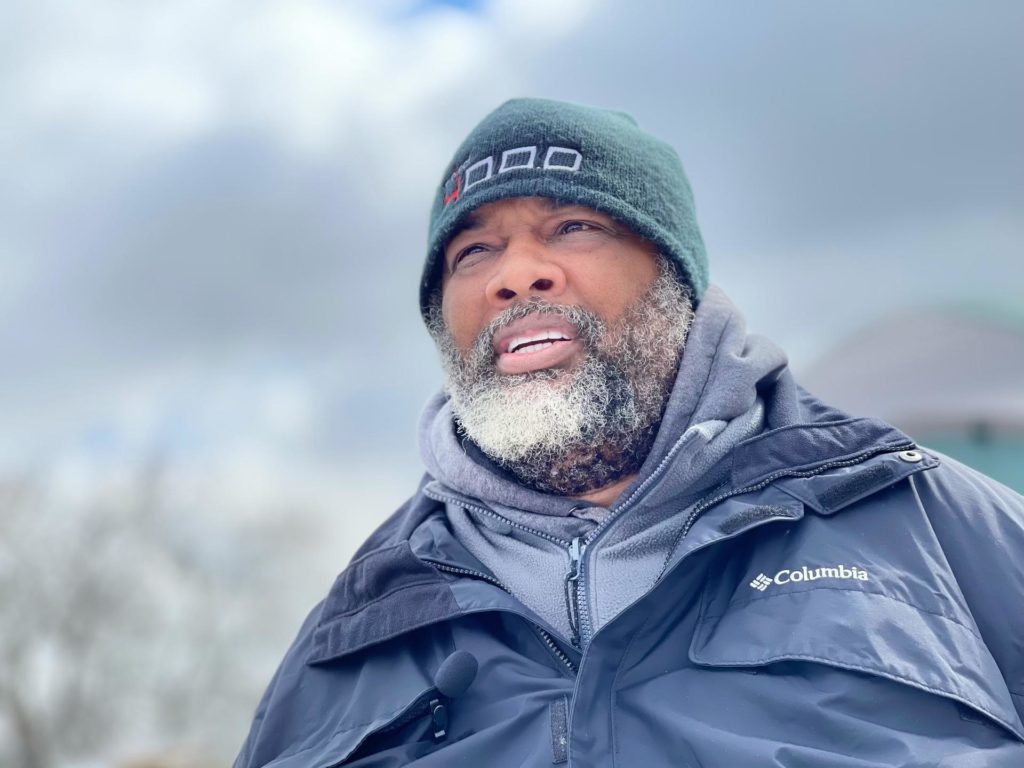 During the early morning of Monday, March 21, 2022, Pastor Corey Brooks left the roof on Day 121 of his extended 100 Day Campout Against Violence after receiving news that his mother was admitted to the hospital.

Mrs. Evelyn Sue Wyatt, 72, has been battling cancer for over two years and, “If these are her final days, I want to be with her.” said Brooks. Mrs. Wyatt is in IU Health Ball Memorial Hospital in Muncie, Indiana.

After this crisis, and with the blessing of his mother, Brooks will immediately return to the roof to resume his campaign to raise $35million to build a Leadership and Economic Opportunity Center in Chicago’s Woodlawn community.

He was moved to tears when his mother said, “Corey, I am so proud of you. Make sure you finish what you started. People need that center. When you were young, I knew you were safe because you stayed at that center.”

So far, the campaign has raised over $10million in cash, pledges, and in-kind gifts.