Comptroller Mendoza deposits another $100 million into the Rainy Day Fund 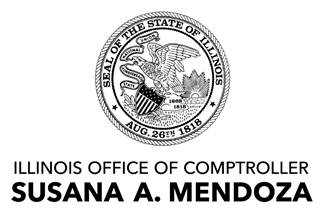 That’s important because it protects the programs Illinoisans rely on from their state – schools, caring for the elderly; investigating claims of child abuse; everything the state does. By the end of the summer, the fund will be at $1 billion.

“During the budget impasse when I first took office, the Rainy Day Fund had less than $60,000 – not enough to run state operations for 30 seconds,” Comptroller Mendoza said. “The bond rating agencies noted Illinois had the lowest Rainy Day Fund in the country.”

But now that Illinois is responsibly budgeting and prudently building up the Rainy Day fund, the rating agencies are noting that as they have given Illinois six rating upgrades in less than a year. Here is some of what they said about the importance of shoring up the Budget Stabilization Fund, also known as the Rainy Day Fund, to help Illinois over rough patches:

Comptroller Mendoza worked with Rep. Michael Halpin, D-Rock Island, and Sen. Elgie Sims, D-Chicago, to introduce House Bill 4118 that would require automatic payments into the Rainy Day Fund and the Pension Stabilization Fund. In addition to this year’s infusions that will bring the fund to $1 billion by the end of the summer, the budget mandates $45 million a year for the Rainy Day Fund, starting in Fiscal Year 2024.

“That’s a good start, but we have a long way to go to get the Rainy Day Fund to where the experts say it needs to be.” Comptroller Mendoza said. “I will be asking the General Assembly to take up HB 4118 again to require larger annual contributions to both the Rainy Day Fund and the Pension Stabilization Fund going forward.”