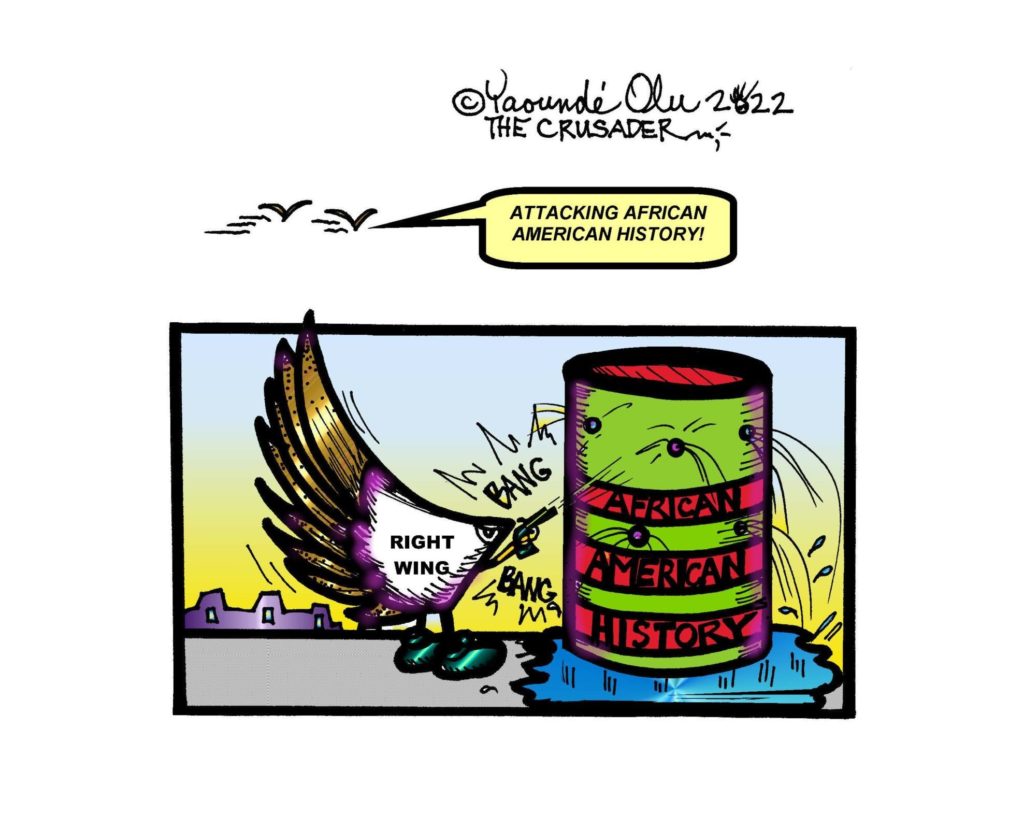 People have been talking about the shift in the U.S. toward right wing conservatism and a move toward opposing certain educational ideas. This is especially true as it relates to African Americans and so-called “Critical Race Theory.”

Regarding this last point, some people are perplexed about why a lot of Americans oppose the teaching of accurate history, which encompasses ideas that would be considered in critical race theory curricula, which is basically just American history.

They requested the public to register to speak to address the following proposals: Remove the names of civil rights leaders like Martin Luther King, Jr., Medgar Evers, James Meredith and Fanny Lou Hamer; organizations like the Ku Klux Klan and terms like Black Codes and Jim Crow laws from the social study course narratives.

It also suggested that the AFL-CIO be stricken from the history of U.S. industrialization. At press time, the results have not been released.

There are also growing movements to ban books. One of the most incredible books that has come under fire is the super classic “Maus: A Survivor’s Tale,” a graphic novel by the great Art Spiegelman that chronicles the experiences that his father had under the Nazis during World War II. This classic is able to share the pain of the holocaust to an amazing degree!

Books by African Americans that are being challenged by various groups or institutions include: The Color Purple, by Alice Walker; Beloved, by Toni Morrison; Their Eyes Were Watching God, by Zora Neale Hurston; Invisible Man, by Ralph Ellison; Song of Solomon, by Toni Morrison; Native Son, by Richard Wright; and Go Tell It on the Mountain, by James Baldwin.

There are a number of reasons why certain members of the public want books banned, but whatever the reasons, they all boil down to the notion that people with special interests want to serve as gatekeepers of what goes into American minds. This would be understandable if the literature that they oppose is promoting principles that would cause people to embrace debased moral standards, but for the most part, that is not what is happening.

When people want to ban ideas that differ from their own, they pretty much guarantee that new ideas will be stifled, that a broader view of the possibilities of civilization are locked out. If we can’t envision a better world, there is a great chance that we won’t get one.

What is clear today is that we seem to be going backwards. This is in keeping with the former president’s movement to “Make America Great Again.” The assumption here is that the America of the past should be our target sociological destination. Most Black people certainly oppose that notion!

To sum up the foregoing, America is in big trouble if broader minds don’t prevail when it comes to educating the masses. Chief among the gatekeepers are white supremacists and their sympathizers.

A television special recently highlighted the work that Mamie Till-Mobley did to bring to the attention of people the shameful behavior of some southern whites and the bogus criminal justice system that had a hand in murdering her son, 14-year-old Emmett Till, for allegedly “whistling” at a white woman.

What they did to Emmett Till was an abomination! The emotionally riveting documentary opened old wounds, and no doubt relatives of the reprobates responsible are loathe to have their dirty white supremacist laundry aired in front of their offspring and the rest of the world. They are probably ashamed, as they should be!

There is a saying (paraphrased) that truth crushed to the ground will eventually rise. Those who oppose the free spread of knowledge take heed; the truth of our history will eventually be seen by all because you can’t hide from yourself – everywhere you go there you are! A Luta Continua.