Closed for more than a year, Studio Movie Grill reopens next week as Chatham Cinemas 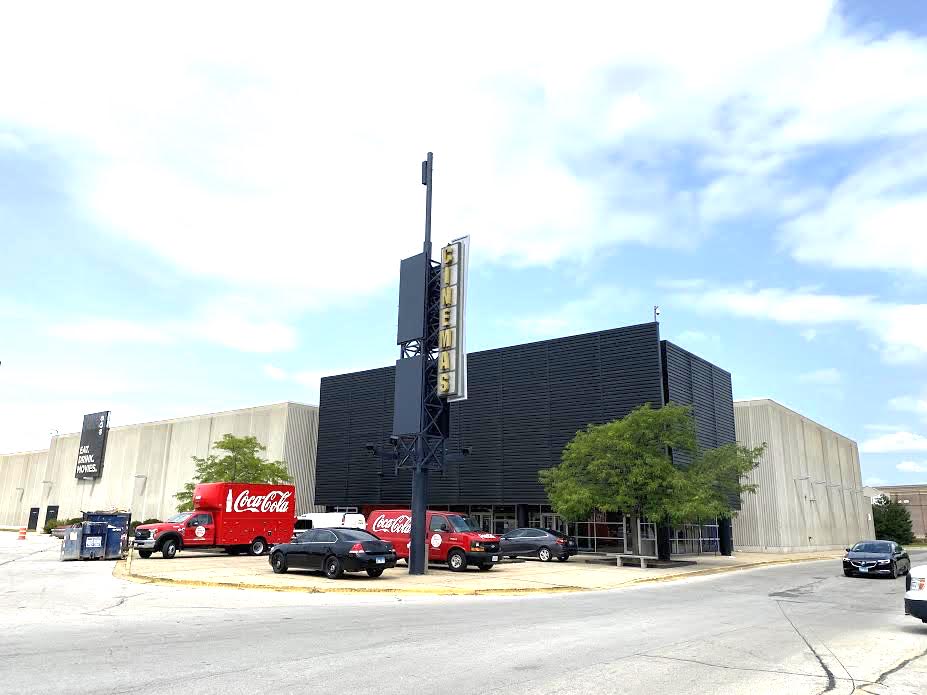 Studio Movie Grill in Chatham, the popular luxury, dine-in movie entertainment complex that has been closed for more than a year because of the pandemic, will reopen next week as Chatham Cinemas.

Goldstein, who owns the building and leased it to the Studio Movie Grill for several years, said guests will see several new changes to the complex, including a new concession stand and a special, Coca Cola freestyle machine that offers 300 choices of sodas, soft drinks and bottled water.

During a visit to the complex by a Crusader reporter July 30, workers were busy making final renovations to the facility. Outdoors, the blue façade has been painted black and CINEMAS in yellow letters now adorn the marquee. The entire south parking area has been repaved.

Goldstein said the complex still has several inspections from the city to pass, but he remains confident of opening on August 12.

“I feel pretty good that we will reopen on the 12th,” Goldstein told the Crusader.

In October 2020, Studio Movie Grill filed Chapter 11 bankruptcy. The Dallas-based chain said in the bankruptcy filing that it intended to maintain operations as the debtor-in-possession during the restructuring of its debt, which amounts to more than $104 million in secured debt.

According to the filing, the chain said the company had $100,000 in its bank accounts. The chain had 33 locations before it filed bankruptcy. Today, there are only 20. The chain’s Wheaton location remains the only Studio Movie Grill in Illinois.

The popular complex had been closed since March 2020, when Governor JB Pritzker issued a statewide stay at home order at the start of the pandemic.

The Chatham location was among many Studio Movie Grill facilities in U.S. cities that imposed similar COVID-19 restrictions to prevent the spread of the disease.

Last summer, the parking lot of the Chatham location was used as a COVID-19 facility. Today, the facility and parking lot remain empty.

With its massive full-service bar, plush seating and dine-in service, Studio Movie Grill in Chatham became a popular attraction after it completed a multi-million-dollar renovation in 2017. Instead of traditional snacks like hot dogs and candy, the theatre offered a big menu that had workers deliver food to moviegoers. Patrons ordered the foods from their lounge-leathered luxury seats inside the theater.

Other movie chains have struggled under the pandemic as many movie productions remain on hold. AMC, the largest theater chain in the U.S., has reopened 630 locations after closing at the start of the outbreak. Regal Cinemas closed its 543 U.S. theaters but is gradually reopening locations across the country as the busy summer season nears.

Earlier this year, Decurion, the parent company of the Los Angeles-based luxury chains Arclight Cinemas and Pacific Theatres, announced that they won’t reopen after struggling to pay rent to several landlords in the past year.