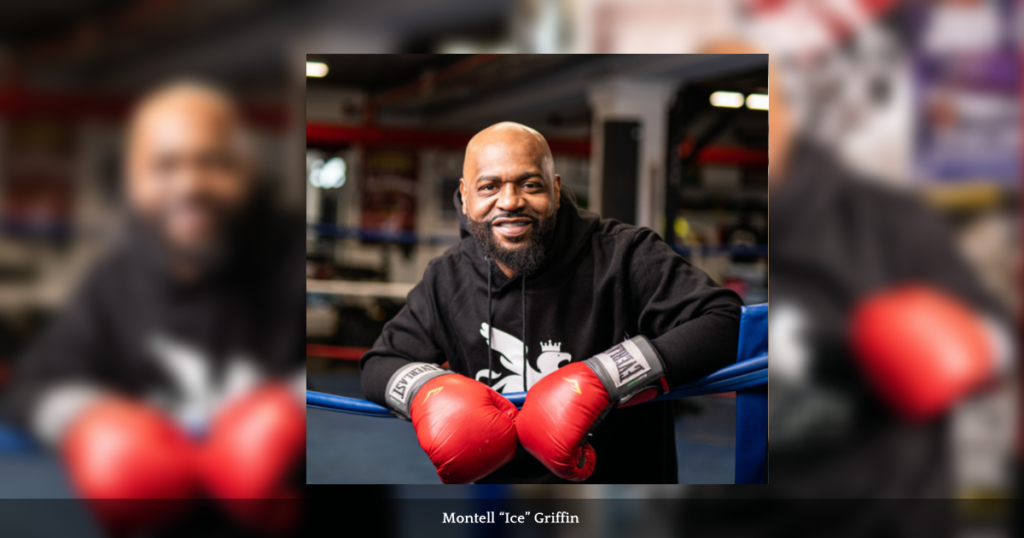 With a record of 50-8 during his historic boxing career, former WBC Light Heavyweight boxing champion Montell “Ice” Griffin was inducted into the Rochester Boxing Hall of Fame Class of ‘22 on Saturday, October 22, in Rochester, New York.

Griffin, trained by legendary coaches Eddie Futch and Clarence Griffin, started boxing at an early age. Clarence Griffin, his father, used to train boxing legend Muhammad Ali at his gym Windy City Boxing Club, when Ali visited the Chicago area. Griffin’s father passed away when Griffin was 12 years old; he did not box again until he was in his twenties.

Upon his return to boxing Griffin made the USA Olympic team in 1992 in Barcelona, Spain. Though he did not secure a medal, being a member of the team was one of the highlights of his career.

Griffin won the WBC Light Heavyweight title by way of the disqualification of Roy Jones, Jr.; after leading the fight, he was hit by Jones inadvertently while having a knee on the canvas. Griffin’s first professional loss came after the controversial rematch with Jones.