Chicago native Melvin Van Peebles is known as the Godfather of Black Cinema, and it is a well-deserved moniker. His trailblazing Black films ushered in the Blaxploitation era. His earliest famous work from 1971 was “Sweet Sweetback’s Baad Asssss Song.” The film portrayed explicit sex and violence, as the main character fought against police brutality. Van Peebles capitalized on the X rating given to the film by the Motion Picture Association of America, giving it the tagline “Rated X by an all-white jury.” 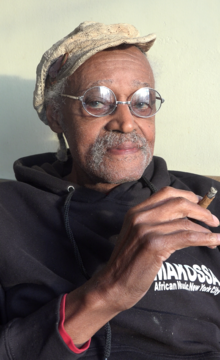 Before that in 1967, he directed and wrote “The Story of a Three-Day Pass,” based on his French-language novel “La Permission.” It stars Harry Baird as Turner, a Black American soldier who is demoted for fraternizing with a white shop clerk (Nicole Berger) in France. In 2020, The New Yorker critic Richard Brody described this film as being “among the great American films of the 60s.”

Scholars on these films shared their insights with me. Dr. Gerald Butters, professor of History at Aurora University and a liberal studies professor at Northwestern University, has published four books, among them “Black Manhood on the Silent Screen,” “Banned in Kansas,” “Beyond Blaxploitation,” and “From Sweetback to Super Fly: Race and Film Audiences in Chicago’s Loop.” Butters’ commentary is also included in a Van Peebles’ Essential Films Criterion Collection 4K digital restoration box set. 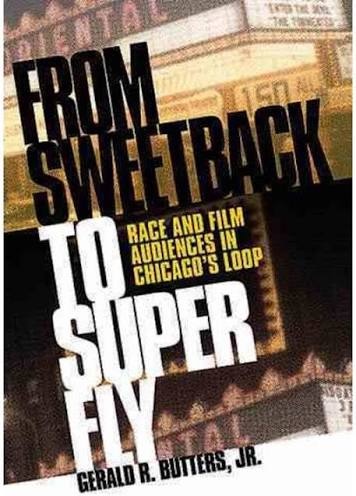 He said: “Sweet Sweetback changed movie-going in Chicago – period. It opened at the
Oriental Theatre in the first week of May 1971. The film did tremendous box office sales, and word-of-mouth kept the film going strong for months. Most importantly, the film demonstrated that a Black film could go on to great commercial success. Following this, theater programmers in the Loop started falling all over each other obtaining Black films because they realized the Black Chicago movie-going audience was huge and was largely neglected.

“Sweetback also became a lightning rod in the Black community and a huge discussion took place over the role and responsibility of Black-themed films in the city. The critical and financial success of the film encouraged dozens of other Black men and women to independently produce and direct their own films, leading to a renaissance in Black filmmaking in the first half of the 1970s.”

Charles Colman, FACETS Film Program Director, said: “Legendary filmmaker Melvin Van Peeples has departed much too soon, but his extraordinary work remains. With a controversial film like ‘Sweetback,’ this is an indelible landmark that demands respect. It is truly a work of radical imagination, made under extraordinary conditions and set the stage for independent filmmaking.

“It was not only a celebration of urban Black power (with a protagonist who was a street hustler turned revolutionary), he worked on a shoestring budget with a multi-ethnic crew, outside of Hollywood. That was such a huge success and was the favorite film of The Black Panthers. The distinctive and avant-garde style proved to be seminally influential with future filmmakers.

“The Story of a Three-Day Pass was shown at FACETS and made in France about the relationship between a Black soldier and a white woman. It was not only a homage to the French New Wave, with its exuberant style and technique, but also showcased the tension in our society about race relations, social taboos and about a Black man looking for a way to preserve his authenticity in a world looking to confirm his invisibility. Van Peeples’ volatile ideas continue to reverberate in our society today. I had the pleasure to speak with Mr. Van Peeples on a few occasions and told him how much his work inspired me, and that the real importance of his films was that the evidence of his vision is on the screen for all to see.”

Melvin Van Peebles’ son actor and director Mario Van Peebles stated: “Dad knew that Black images matter. If a picture is worth a thousand words, what was a movie worth? We want to be the success we see; thus we need to see ourselves being free. True liberation did not mean imitating the colonizer’s mentality.”

The filmmaker, author and actor died at the age of 89 in Manhattan, New York, on September 21. “In an unparalleled career distinguished by relentless innovation, boundless curiosity and spiritual empathy, Melvin Van Peebles made an indelible mark on the cultural landscape through his movies, novels and plays,” wrote a statement released by his family, The Criterion Collection and Janus Films.