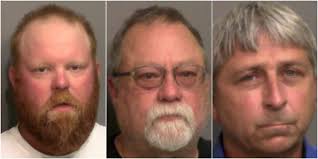 All three defendants, Gregory McMichael, Travis McMichael and William Bryan Jr., have been found guilty in the Ahmaud Arbery trial following deliberations that ended the afternoon of Wednesday, November 24.

Following the announcement of the verdict many community leaders came forward to release public statements regarding the verdict.

“Justice has been served in Georgia today. ‘9-1-1. What is your emergency?’ ‘There is a Black man running.’ 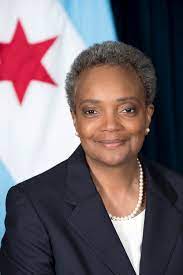 Despite the guilty verdicts as to each defendant and the small measure of closure that these verdicts mayhopefully bring his loved ones, nothing will ever bring Ahmaud Arbery back to life. He was killed for no reason other than the color of his skin, and regardless of the accountability that his killers now face—that fact speaks volumes about how far we have yet to go.

Invariably, there will be a range of emotions that these verdicts will invoke. I urge that any expressions arising from these verdicts be exhibited peacefully and with respect for the law.

My prayers will remain with Ahmaud’s family, friends, and loved ones as they continue to grapple with thisincredibly tragic loss.

The tragic events of Ahmaud’s death and the initial response by local authorities must serve as a reminder that we must continue our commitment to use our words and our deeds to face and address historic wrongs, and to make good on the promises we tell our children.”

Statement From JUSTGeorgia On Arbery Verdict

In May 2020, a group of Georgia-based organizations, organizers, lawyers, and policy advocates convened to discuss ways to support and flank organizers in Southeast Georgia who were responding to the killing of Ahmaud Arbery. The leaked footage of Ahmaud’s death was followed by rapidly increasing visibility, resulting in interest in the case from a number of national actors. It became apparent that this influx had the potential to overwhelm and overshadow the organizing infrastructure of the local community. Led by the Southern Center for Human Rights, Black Voters Matter, Working Families Party, New Georgia Project, and the Georgia NAACP, the JUSTGeorgia Coalition formed as a mechanism to move local and statewide demands, advise national organizations, and strengthen social movements both in Southeast Georgia and throughout the state.

This is a critical moment in history as we collectively pursue justice in an unjust system. In light of today’s verdict the JUSTGeorgia Coalition has released the following statement:

We pause to take a collective breath with the loved ones of Ahmaud Arbery in the wake of the convictions of Gregory McMichael, Travis McMichael, and William “Roddy” Bryan. This tragedy captured the world’s attention only because of the courageous and persistent efforts of Mr. Arbery’s family and the local Brunswick community. JUSTGeorgia remains committed to supporting the family and community #BeyondTheVerdict to ensure that Ahmaud’s legacy is true transformative change in the Brunswick community, across Georgia, and throughout this country.

U.S. Representative Bobby L. Rush (D-Ill.) released the following statement on the guilty verdict in the trial of Travis McMichael, Gregory McMichael, and William Bryan, the men who shot and killed Ahmaud Arbery in South Georgia on February 23, 2020. 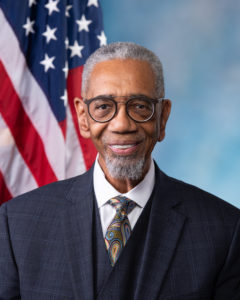 “Ahmaud Arbery’s murder was a modern-day lynching. The facts were clear. The crime was captured on video. The men who killed Arbery deserve to be held accountable — anything less would have been an unconscionable abandonment of justice.

“Today’s verdict is a relief to many, myself included. But it cannot bring Arbery back. It does not stop the vicious racism and vigilante gun violence that led to his murder. And while the decision this jury arrived at was right and just, it is no guarantee that other perpetrators of modern-day lynching will be brought to justice.

“It remains urgent and necessary to get my Emmett Till Antilynching Act passed into law — the moment is now. This legislation will finally establish lynching as a hate crime and remove racist barriers to equal justice in states across the country by ensuring that perpetrators of modern-day lynching face federal hate crime charges.”

Rush reintroduced his Emmett Till Antilynching Act (H.R. 55) on the first day of the 117th Congress. The legislation was first introduced by Rep. Rush in the 116th Congress. It passed the House of Representatives in February 2020 with overwhelming bipartisan support but was blocked in the Senate by Senator Rand Paul (R-Ky.). H.R. 55 currently has 179 House cosponsors.

Today, those responsible for the murder of Ahmaud Arbery have been held accountable for their horrific actions. I stand with the Arbery family as they continue to grieve for their son. 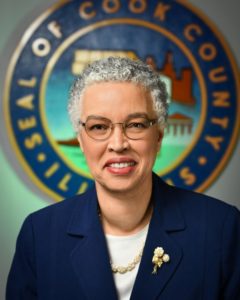 Throughout our history and in recent times, we have seen countless cases of racially motivated killings. Yet the details of the murder of Mr. Arbery were especially shocking and tragic. In his last moments, this young man was running for his life. He was running away, searching for safety.

Despite the guilty verdict, the details of this case demonstrate the urgent need for us to reform our system of justice. We cannot allow violence to be perpetrated under such a thin guise of self-defense. We cannot embolden individuals to act on their prejudices. The recent verdict in the Kyle Rittenhouse case underscores the need for change.

Working with my fellow elected officials, I commit to holding our justice system accountable to the values on which it is said to be founded. It is my sincere hope that the State of Georgia will do the same.

Our Black and Brown brothers and sisters should not have to live in fear. We must be free to lead healthy lives, to reside where we please, to go jogging without being afraid for our lives. We must be afforded fair and equal access to justice.

The verdict in the trial over the killing of Ahmaud Arbery is long overdue. Ahmaud Arbery’s death was unnecessary and fueled by racist ideologies deeply engrained into the fabric of this nation. Generations of Black people have seen this time and time again, with the murder of Emmett Till, Trayvon Martin, and many others. The actions and events perpetrated by the McMichaels and William Bryan leading up to Ahmaud’s death reflect a growing and deepening rift in America that will be its undoing if not addressed on a systemic level. We must fix what is genuinely harming our nation: white supremacy. To address and begin to repair the harm and trauma caused by centuries of racism, violence, and murder, we need stronger federal and state actions to address and eliminate outdated racist policies, like citizens’ arrest.
Although we still grieve the senseless murder of Ahmaud, today, we stand in solidarity with the family and Brunswick community and celebrate the guilty verdict that will bring some comfort and sense of justice to Mr. Arbery’s family, friends, and community.

Statement From the Congressional Black Caucus

“This story — although devastating —  is not new; we’ve seen this play out repeatedly. Vigilantes acting with racial animus take the lives of Black men and boys, and claim self-defense when confronted with the consequences of their actions. Travis McMichael; his father, Gregory McMichael; and William Bryan are criminals who deserve to be punished for their role(s) in murdering 25-year-old, Mr. Ahmaud Arbery,” said Congressional Black Caucus Chairwoman Joyce Beatty. “Simply put, none of these criminals had any concrete knowledge Mr. Arbery committed any crime on the day they murdered him. Further, the vitriol and racist tropes invoked by the defense to justify their client(s) illegally detaining, filming, and committing murder were applauding and extremely offensive.”

Beatty continued: Additionally, this heinous crime was captured on video, and the facts are there. Justice has been served. However, there is still much to work to be done. The Congressional Black Caucus will continue to champion criminal justice reform and common-sense gun control measures because vigilante justice has no place in our society. Our thoughts and our prayers remain with the family and loved ones of Mr. Arbery.”

“For more than a year, Americans have demanded justice for the murder of Ahmaud Arbery, who was killed in cold blood while jogging unarmed. To our relief, the jury has held his killers responsible for their heinous actions,” said Congressman Steven Horsford. “In the aftermath of this horrific episode, Congress has a moral obligation to make our nation fairer and safer for all Americans. There must be accountability for hate, there must be criminal justice reform, and there must be common-sense gun reform. To honor Ahmaud Arbery and his family, we must act.”

“Anyone who saw the video of Ahmaud Arbery’s murder knows this is the correct verdict. I have been guilty of looking around a new construction being built.  Automatically, a Black man must be stealing from the property rather than just being inquisitive.  But even with this verdict, we still need to make the changes to society that would stop such senseless killings of African Americans nationwide. My condolences and prayers continue to go out to Mr. Arbery’s family and friends for their loss.  But today, they know that justice was served and his killers will go to prison, ” said Congressman Donald M. Payne, Jr.

“Ahmaud Arbery should still be here today. People who murder others must be held accountable. Travis McMichael, Gregory McMichael, and William Bryan unjustly killed Ahmaud Arbery after they racially profiled him and deserve to be punished. Too many people have attempted to slander and victim-blame a young man whose only crime was jogging while Black. One day I hope that we are a nation where Black people can jog, play, protest, and exist without fear of hatred or violence. I will not stop fighting until that day is a reality. Today’s verdict was a step toward accountability and a justice system that extends equal protection under law to every American,” said Congressman Troy Carter. 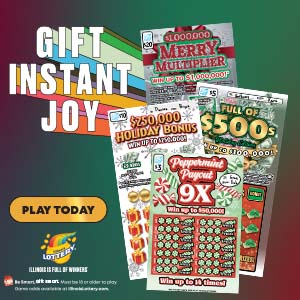