On January 11, 2013, Kendrick Johnson was found dead in his high school gymnasium rolled up in a gym mat. The state of Georgia ruled his death as an accident, saying that he died from positional asphyxia. When the family hired their own Forensic Pathologist, not only did he find KJ’s organs missing from his body during the autopsy, but he also determined the cause of death to be from non-accidental blunt force trauma. To this day, no one knows where KJ’s organs have gone. So, what really happened to KJ? 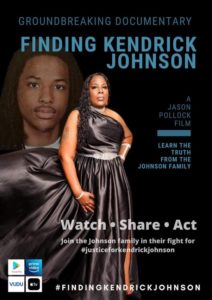 “Finding Kendrick Johnson” is the feature documentary product of a four-year undercover investigation into the facts of this case. From the creator of Stranger Fruit, this new documentary hopes to shed light on one of the most important American stories of our time.

“The case of Kendrick Johnson is one the most important cases in U.S. history,” says Pollock. “KJ deserves justice, and hopefully our film will help his family get one step closer to that outcome.”

“This is the most important film I’ve ever worked on,” says actor and activist Lewis. “What this family has gone through is unspeakable, but we must speak it, so the public knows the truth. Jason has done a brilliant job on this vital story of injustice.”

This documentary is riveting and evokes so much pain and sympathy for the family. There are cover ups all around. The facts point to one of FBI agent Rick Bell’s sons as being responsible: high school student Brian Bell, who claimed he didn’t see Kendrick that day. Video footage showed them in the hallway talking, though, which disproved his testimony, adding more confusion to the case.

Rick Bell retired—probably forced to do so. The other son’s name is Brandon, and both had been accused of having run-ins with KJ. An email sent anonymously later in the case alleges that KJ was having an affair with one of the brother’s girlfriends. 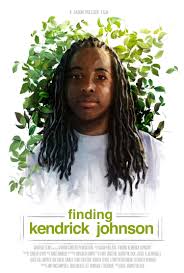 The case was moved states away from Alabama to Ohio. The United States Attorney for the Middle District of Georgia, Michael Moore, even retired from office in 2015. So many retirements, as well as judge recusals from the case, make this investigation really questionable in a city that has been historically racist—Valdosta, Georgia.

The Johnsons are only looking for justice, after their son was found dead, and his face was so disfigured that one can only think of Emmett Till. Fortunately, after so many setbacks, the case was reopened earlier this year, after having been closed in 2016. “Finding Kendrick Johnson” is now available on digital and video on demand and is set to head to theaters nationwide this month. Check local listings.

Elaine Hegwood Bowen, M.S.J., is the Entertainment Editor for the Chicago Crusader. She is a National Newspaper Publishers Association ‘Entertainment Writing’ award winner, contributor to “Rust Belt Chicago” and the author of “Old School Adventures from Englewood: South Side of Chicago.” For info, search for title online or email: [email protected]