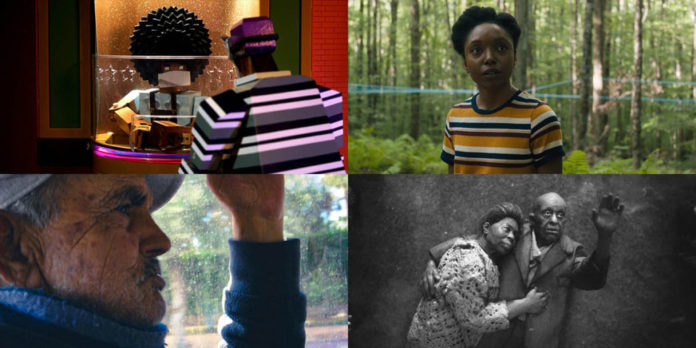 These shorts will also screen at other locations throughout the festival run, October 13-24. Click on the links to learn how to register to attend these screenings. I was able to screen these shorts, and the information is listed below: 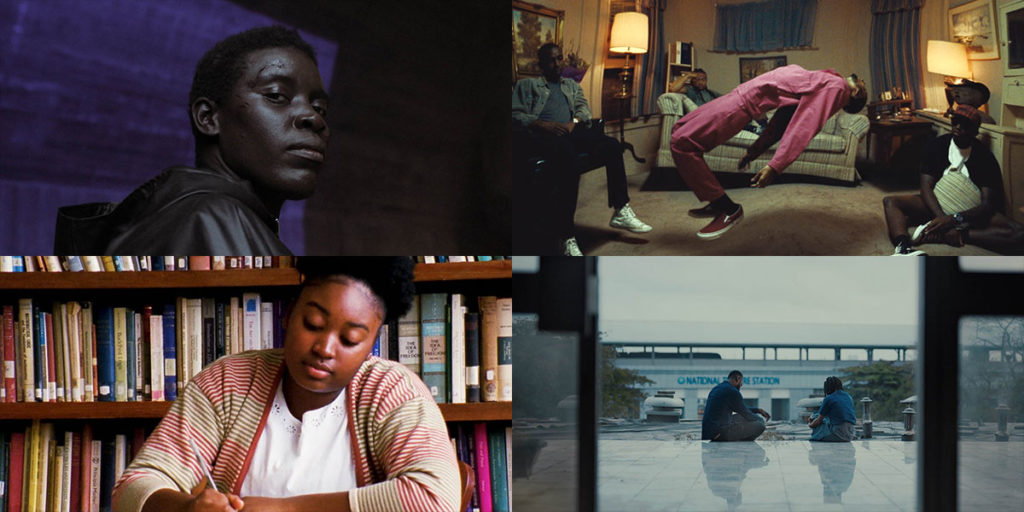 Synopsis: On her way to school one morning, Billie unexpectedly finds a new friend in Artistic (U.S.).

In Babybangz (UK/U.S.), a New Orleans hair salon becomes a place for communal reflection. The owner of this hair salon is from New Orleans’ 13th Ward and is not only a hair stylist but a defacto therapist. She holds inspirational sessions in her shop and really walks those women who decide to “chop” it all off through what can be an emotional process.

An aspiring writer works to finalize a story for Pride (U.S.), a school newspaper in 1980s Charlottesville, focusing on issues affecting Black students. In The Future Isn’t What It Used to Be (UK), climate change has ravaged the Earth as a desperate nomad searches for solace. Boundaries dissolve between church, theater, faith in Rehearsal (Nigeria).

Don’t Go Tellin’ Your Momma (U.S) offers a view into the Black identity through twenty-six vignettes representing the letters of the alphabet. This short stood out to me in the way that the traditional alphabet learning cards are turned on their heads with a new eclectic version.

Topaz Jones uses the simple alphabet in the last short to teach folks about African American culture in vignettes that are so sensational and mind blowing. All vignettes lend themselves to teaching (or re-teaching) anyone the alphabet in a cool, “swaggeristic” manner. Some examples:

A = Amphetamines: shows euphoria that can be exhibited when one imbibes amphetamines.

B = Blue: shows someone circumspect in thought.

C = Code switching: shows what young Black men go through to assimilate in the preppy world.

T = Time: can resonate with many Black people—showing the importance of young kids to get home on time.

Synopsis: Three kids worry that their beloved school bus driver will be lonely this summer without them in Cupids (U.S.). The school children in this short are so adorable, as they imagine different people who they know from school to become a suitable suitor for Ms. Cheryl and to travel with her to Paris. They are unaware that she already has a companion.

The video game of life is played through stop-motion vignettes in Champion Edition (U.S.).

A young student questions the meaning of success while vying for a spot at the prestigious National Spelling Bee in Winning in America (U.S.). The young female student finds it hard to keep up with all the words that she needs to memorize, but she is equally as perturbed by her father’s pushing her to excel and to win the competition. Her thoughts are that her father can barely say the words that he’s hammering her about learning; thinking that a win is all for his sake. Nice views of Chicago’s Hyde Park neighborhood.

Joan Jett Blakk’s historic bid for the White House in 1992 is examined in The Beauty President (U.S.). In Cracked (U.S.), a feisty young girl faces her traumatic past while falling in love for the first time. After losing his great love and undergoing a lobotomy, Harold’s mind turns inside out as he intensely searches for peace in The Vandal (U.S.). Older generations are forced to question their worth, while facing unmet emotional needs in Speck of Dust (U.S.). A Black family whose land is overwhelmed with ghosts from the past must confront the apparitions in Inheritance (U.S.).

Elaine Hegwood Bowen, M.S.J., is the Entertainment Editor for the Chicago Crusader. She is a National Newspaper Publishers Association ‘Entertainment Writing’ award winner, contributor to “Rust Belt Chicago” and the author of “Old School Adventures from Englewood: South Side of Chicago.” For info, search for title online or Old School Adventures from Englewood—South Side of Chicago (lulu.com) or email: [email protected].