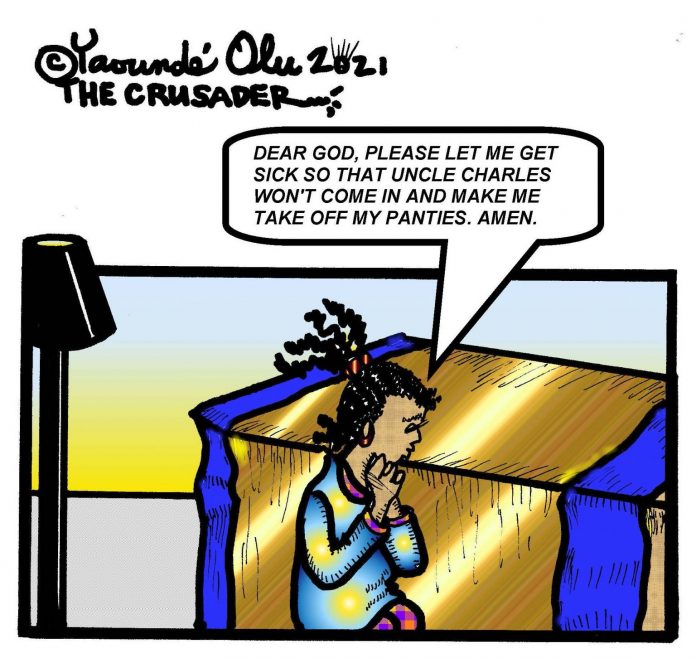 The Black community, as well as others, recently was met with an intriguing surprise. Dr. Bill Cosby, the great comedian, businessman, cultural icon, and philanthropist, was released from prison after serving more than two years of a 3–10-year sentence for sexual misconduct charges.

He was released on a technicality, not because he was innocent. Predictably, many people in the Black community, both men and women, are extremely elated by this turn of events. A huge sigh of psychic relief could be heard far and wide, especially on social media.

Others are extremely upset that Cosby has been freed. They are met with a lot of specious arguments, some which boggle the mind.

People have been known to say that the problem is that women are not being raised properly, and that their dress code invites the kind of treatment they get from men. In other words, it’s their fault that men attack them sexually.

This group is also fond of saying that any woman who visits a man in his home knows that at some point they are going to be sexually exploited, and that most of them want this to happen. This trend goes all the way back to 1992 when boxer Mike Tyson was convicted of raping Desiree Washington. Almost to a person, it was considered to be her fault for going to his home late at night.

It’s interesting that it never occurs to those with this attitude that men should learn to take better control of their own passions. It is as though they believe that all men are violent sexual predators who are triggered by the manner in which women clothe themselves. They neglect to explain this behavior in regard to pedophiles, however.

The other shoe is now dropping, and many of the people who got away with sexual predation are being brought to justice. Some of those accused, i.e., R. Kelly, Jeffrey Epstein and others, are being tried in the court of public opinion as well as in actual courts.

Jeffrey Epstein died in jail, his alleged accomplice, Ghislaine Maxwell, is currently in jail. The predator class is in the midst of meeting a tsunami of anti-predator backlash.

From this point onward, it will not be easy for predators to hide under the banner of “boys will be boys” when it comes to the sexual exploitation of women and girls.

Bill Cosby is caught up in this paradigm shift as it relates to a change in the way society looks at women. Even though he has been accused of drugging and having sex with at least 60 women, his wife is steadfastly standing by him. This is how a lot of women have behaved through the years.

A question arises: do we separate the man from his deeds? Bill Cosby has contributed magnificently to Black American culture. He has been a philanthropist, and is a genius when it comes to the entertainment field. Therefore, his situation is a clear demonstration of the fact that everything has both positive and negative aspects. His behavior exemplifies this. Actually, most people, even those who believe Cosby is guilty of all that he has been accused of doing, don’t want to see an 83-year-old man imprisoned!

Now, when all is said and done, what has been extremely overlooked is the toll that sexual predation is taking on our families. Women and girls who are subjected to this kind of behavior are impacted for life! They take these memories everywhere, usually subconsciously, as they navigate their lives. The violation does not disappear.

Society pays the cost in broken homes and in the huge numbers of children being raised by women who really need dependable partners in order to supply our community with viable families and the social bounty that these can bring to our collective lives.

Ultimately, whether Cosby or any of the others accused of sexual predation are actually found guilty or not, we are still left with the residue of bad behavior. It can dismantle the community at its seams.

While we blame women for being victims and give the predators a “wink-wink for boys will be boys,” we are setting the Black family up for failure.

We must eventually come to understand that sexual predation is a crime that afflicts us all as long as we assume the burden is on one gender. While we provide women and girls advice on how NOT to become victims, it is futile as long as we do not teach boys how to be responsible and respectful Black men. The culture of rape has become as American as the proverbial apple pie and must be eradicated! A Luta Continua.

ABOUT US
Newspaper is your news, entertainment, music fashion website. We provide you with the latest breaking news and videos straight from the entertainment industry.
Contact us: [email protected]hicagocrusader.com
FOLLOW US
© Chicago Crusader Created by MMGWebsites.com