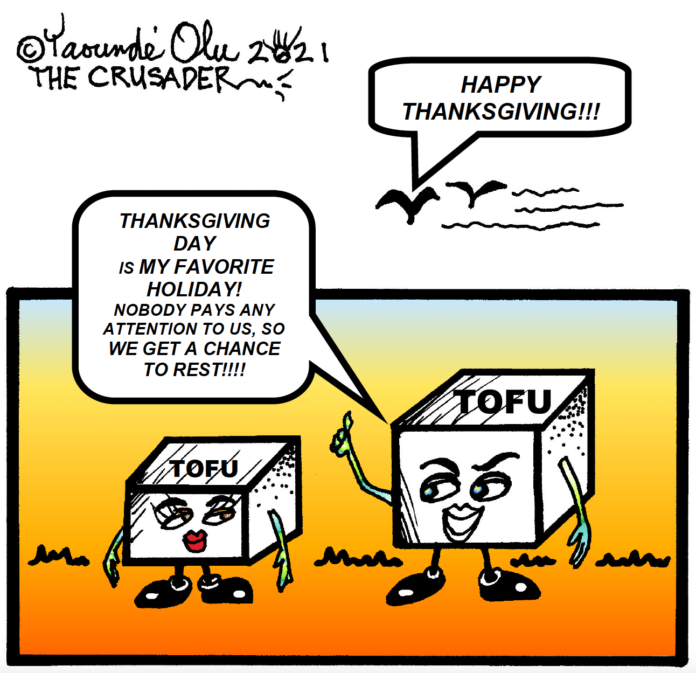 This year, the Thanksgiving Holiday will be celebrated on Thursday, November 25. Thanksgiving, according to Wikipedia, “is a national celebrated on various dates in the United States, Canada, Grenada, Saint Lucia and Liberia. It began as a day of giving thanks and sacrifice for the blessing of the and of the preceding year. Although Thanksgiving has historical roots in religious and cultural traditions, it has long been celebrated as a secular holiday as well.” Because of changing times, the Thanksgiving holiday is celebrated Thanin varying ways. It has become a major time for families to get together.

The past two years have been very difficult for the world, considering the devastation that has been wrecked by the COVID-19 pandemic and its multiple iterations. In spite of this, there are many things to be thankful for, even in the face of significant challenges. These include the fact that if you’re reading this, you are still among the living! Why is that important? It is because as long as we have life, we can atone for our mistakes and grow as human beings. Life allows us the opportunity to continue to evolve, to get better.

We can be thankful that there are always proponents who rise in opposition to any adversaries that exist. This is the binary nature of life. For every up, there is a down; everything has the potential for balance because of the existence of its opposite. Because of this, it is really true that every cloud has its silver lining; positivity can be found in any challenge, no matter how bleak things may appear.

We can be thankful that, for now, we live in a non-authoritarian society. There are those who seem to be working very hard to change this; they are trying to turn back the clock. Make no mistake – there has been progress in America. Black Americans have come a long way, even though current events would make one believe that positive change has not happened. Quite to the contrary, the biggest change in this regard, i.e., in race relations, is that there is a huge cadre of non-Black individuals who seem to be waking up. They are openly coming to the forefront advocating for justice as it relates to Blacks and other minorities. We should be thankful for them.

We should be thankful for the people who are working to offset climate change. In this regard, some progress is happening. Recently, it has been projected that the majority of automobiles in 2035 will be powered by electricity. That will be one major addition to the climate change arsenal. We should also be thankful that President Joe Biden has re-engaged with the Paris Climate Accord, and has apologized for our withdrawal from the initiative by the previous U.S. administration.

And finally, we can be thankful for the fact that it is possible to break barriers and achieve our goals if we consistently and fervently work toward them. Many people have disposable incomes that can be used for whatever is needed. This is not to say that poverty is non-existent; it is that it is possible to move beyond its debilitating effects if we apply ourselves diligently. Part of this might entail pooling our resources and spending money in our own communities. As we embark on Black Friday, let’s make it really “Black” by spending money with Black businesses. The outcome can ultimately be another major reason for thankfulness; prosperity that results from spending with each other. With that said, the Crusader wishes for you and yours a safe and prosperous Thanksgiving Holiday. A Luta Continua.