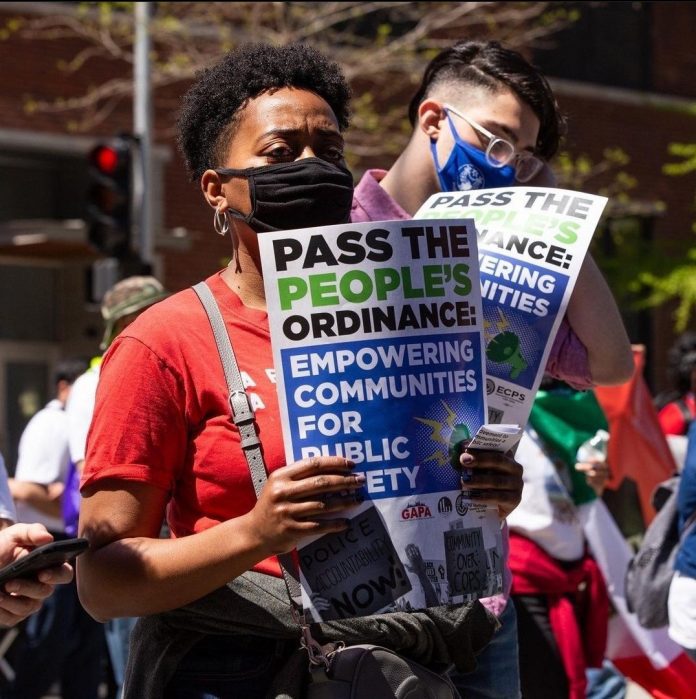 Seven years after the brutal murder of Laquan McDonald by Officer Jason Van Dyke, the Chicago City Council on Wednesday, July 21, approved an ordinance that would create a civilian oversight commission for the Chicago Police Department.

The final vote was 36 to 13. The ordinance was expected to be easily passed by the City Council. Black leaders and activists lobbied heavily for the Council to pass the ordinance. The majority of the city’s Black and Latino aldermen voted in favor of the proposed ordinance.

Under the new ordinance, a seven-member commission will be created and appointed by the mayor. The mayor still holds the power to hire and fire the police superintendent. But the new commission will have some authority in holding CPD officers accountable for alleged misconduct.

The commission will have the power to bring “no confidence” votes against city officials. That key provision could force the City Council to vote on whether to recommend firing the police superintendent, Civilian Office of Police Accountability (COPA) Chief or Police Board members.

But under the new ordinance, the mayor is not required to fire the police upon the recommendation of the City Council, which must pass a recommendation by a two-thirds majority.

The ordinance will also create elected positions for three-member councils in each of the city’s 22 police districts, which would advise district commanders and help improve community policing efforts. One member of each council will serve on a nominating committee that will choose candidates to serve on the oversight commission, with the mayor retaining authority to pick one of the candidates or request new nominees.

The commission will also have the power to draft department policy and to accept policies put forth by CPD. Lightfoot and future mayors would retain authority to hire superintendents from a list of candidates nominated by the commission, while the City Council still would have to ratify the picks.

The new ordinance ends a long battle that began in 2015, when several proposed ordinances were introduced after police video was released showing Van Dyke shooting McDonald 16 times. Van Dyke is serving over six years in jail after he was convicted of second-degree murder in 2018.

After Van Dyke’s conviction, activists in the last two years stepped up their campaign for a civilian oversight commission. They often clashed with Mayor Lori Lightfoot, who once served as president of the Chicago Police Board.

The ordinance began to gain momentum on Monday, July 19. Lightfoot and the Empowering Communities for Public Safety Coalition announced an agreement to establish the new commission.

In a joint statement, the two sides said, “After a weekend of productive negotiations, we are pleased to announce that the parties have reached an agreement on a proposed substitute ordinance for civilian oversight of the Chicago Police Department, the Civilian Office of Police Accountability, and the Police Board. If passed, this ordinance would bring an historic, transformative and balanced approach to civilian oversight.”

The next day on Tuesday, July 20, the Council’s Committee on Public Safety voted 12-8 to move the proposal to the City Council for the final vote.

Before the meeting, Lightfoot tweeted Tuesday night: “The City Council public safety committee is meeting. I strongly urge the committee members to support the negotiated compromise.”

Critics and Fraternal Order of Police President John Catanzara Jr. said the group will further hamper police morale and efforts to fight crime. There were also concerns that the commission will hurt recruitment and lead some officers to retire.

“A young man, Laquan McDonald, was shot 16 times and that police murder was covered up,” he said.