To say that Aretha Franklin was one of the greatest American artists of all time is an understatement. Her multi-octave voice moved millions around the world during an unrivaled career that spanned six decades and garnered the singer-songwriter every achievement and honor imaginable. Her reign as the “Queen of Soul” will play out across four discs on a new boxed set from Rhino that is the first to span her entire career, including songs from every label she recorded with.

Aretha, originally set for release last year, will now arrive on July 30 on CD ($59.98) and digitally. Among the collection’s 81 newly remastered tracks, 19 are making their CD and digital debuts, including alternate versions of classic hits, demos, rarities, and live tracks, like her stunning performance of “(You Make Me Feel) Like A Natural Woman” at the 38th Annual Kennedy Center Honors in 2015. 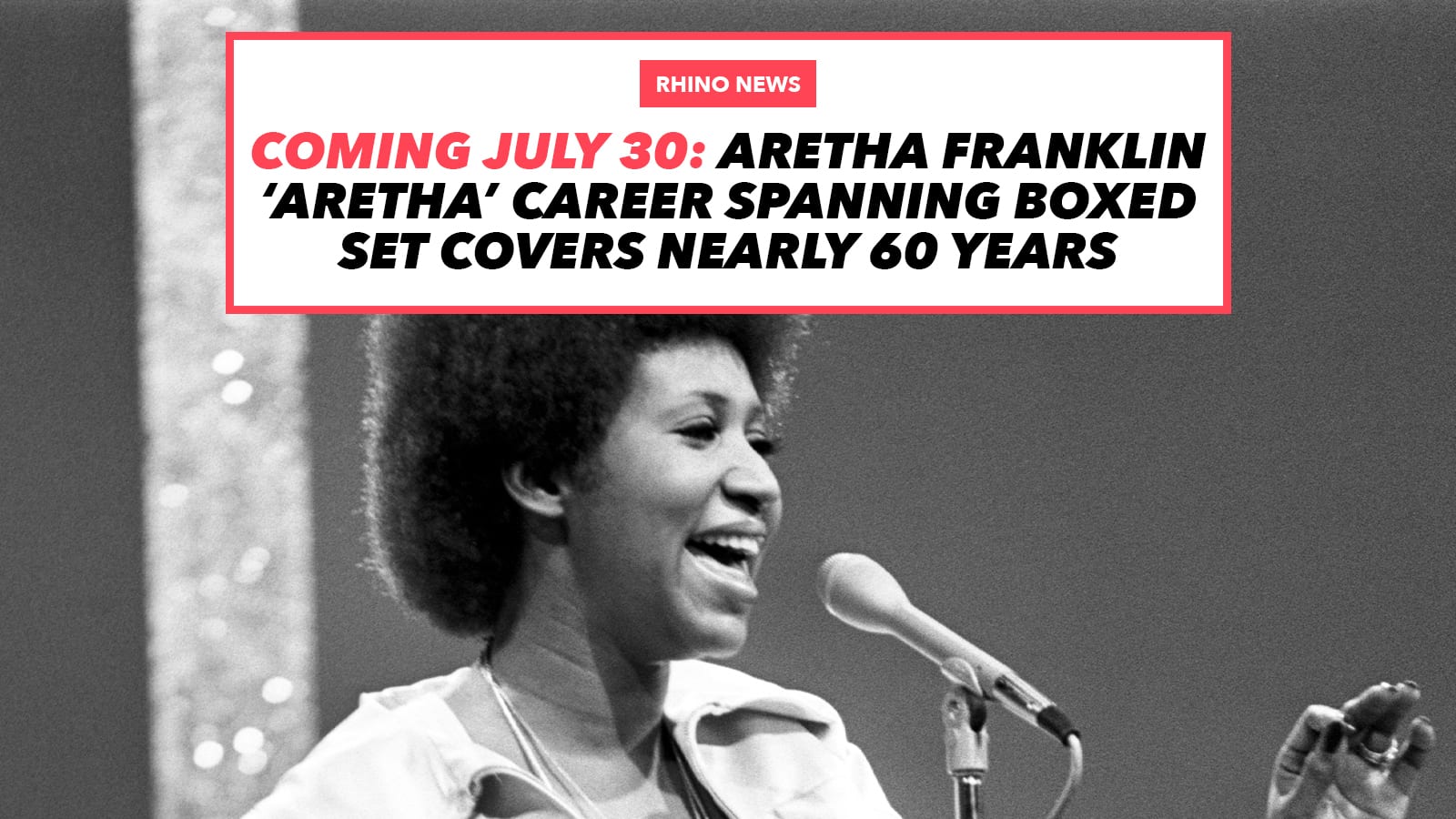 To put Franklin’s life and career into perspective, the collection is accompanied by liner notes written by Rochelle Riley, author and director of arts and culture for the city of Detroit, and David Nathan, Soulmusic.com founder and historian who interviewed Franklin more times than any other living writer. The collection also features stunning artwork by celebrated artist Makeba KEEBS Rainey, who provides her signature style to a classic portrait of the “Queen of Soul” by renowned photographer Neal Preston. Rhino’s new boxed set will arrive shortly before the premiere of Respect, the highly anticipated biopic about Franklin’s life starring Jennifer Hudson. Both single CD ($15.98) and 2-LP ($31.98) versions featuring 20 highlight tracks from the box will also be available on the same day.

The previously unreleased studio version of Franklin’s take on the Debby Boone #1 hit “You Light Up My Life” is available today digitally. Although Franklin performed the song live and on TV, the 1978 studio recording, has remained unheard until now and boasts one of her most powerful vocal performances from the era. Click here to listen now.

Arranged in mostly chronological order, Aretha opens with “Never Grow Old” and “You Grow Closer,” which were released as her first single in 1956 by J.V.B Records. Notably, she recorded these gospel songs at New Bethel Baptist Church in Detroit, where her father, C. L. Franklin, was the longtime pastor.

The next 10 songs focus on the period between 1960 and 1966 when Franklin was signed to Columbia Records. The music includes her first single with the label (“Today I Sing The Blues”), her first single to chart on the Billboard Hot 100 (“Won’t Be Long”), plus the Top 40 R&B hits “Runnin’ Out Of Fools,” “One Step Ahead” and “Cry Like A Baby.”

The majority of Aretha is dedicated to her record-shattering tenure with Atlantic Records between 1967 and 1979, which included five consecutive #1 R&B albums. In fact, the first two unreleased songs on the collection – “My Kind Of Town (Detroit Is)” and “Try A Little Tenderness” – are home demos that she recorded in 1966 to give Atlantic executive and producer Jerry Wexler an idea of possible material for her debut LP for label. “My Kind Of Town (Detroit Is)” finds Franklin replacing the classic “Chicago” lyric from the Sinatra version of the song with a callout to her hometown of Detroit. 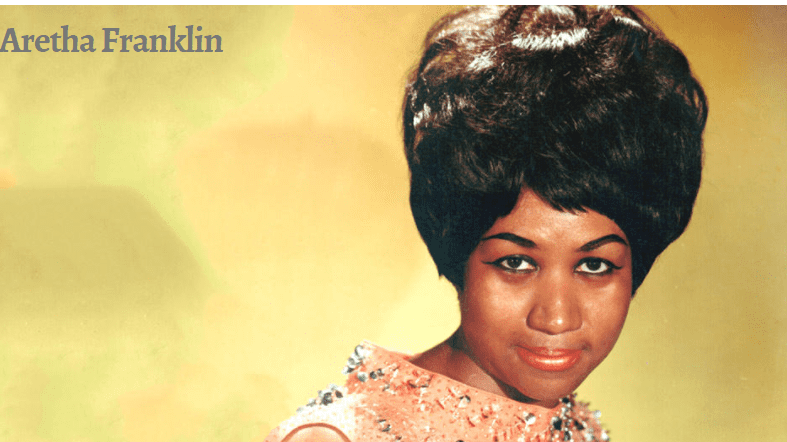 Franklin’s biggest hits are here too, like “I Never Loved A Man (The Way I Love You),” “(Sweet Sweet Baby) Since You’ve Been Gone” and her signature smash, “Respect.” But instead of using familiar takes for other hits, the collection selects different versions, like alternate takes of “Chain Of Fools,” “Rock Steady,” and “Spanish Harlem”; live recordings of “Baby I Love You” and “Don’t Play That Song”; and “Think” recorded for The Blues Brothers soundtrack.

Her early 70s collaboration with producer Quincy Jones is revisited with a trio of unreleased recordings including the Franklin original “The Boy From Bombay” and a stunning alternate version of her take on the Sondheim and Bernstein classic “Somewhere.”

Aretha also shines a spotlight on her best work with Arista Records between 1980 and 2007. Standouts from this era include hits like “Jump To It” and “Freeway Of Love.” This period also featured a number of memorable collaborations including “Sisters Are Doin’ It For Themselves” with Eurythmics and the #1 hit “I Knew You Were Waiting (For Me)” with George Michael.

Even for longtime fans, Aretha delivers plenty of surprises. Prime examples are the numerous unreleased work tapes and demos for hits like “Angel,” “Until You Come Back To Me” and “Brand New Me.” The set also features the CD and digital debuts of several television appearances, including duets with Tom Jones (“It’s Not Unusual/See Saw”), Smokey Robinson (“Ooo Baby Baby”) and Dionne Warwick (“I Say A Little Prayer.”) Finally, the collection rounds up rarities like her cover of Donny Hathaway’s “Someday We’ll All Be Free” from the Malcom X soundtrack and her jaw-dropping live performance of “Nessun Dorma.

ABOUT US
Newspaper is your news, entertainment, music fashion website. We provide you with the latest breaking news and videos straight from the entertainment industry.
Contact us: [email protected]om
FOLLOW US
© Chicago Crusader Created by MMGWebsites.com