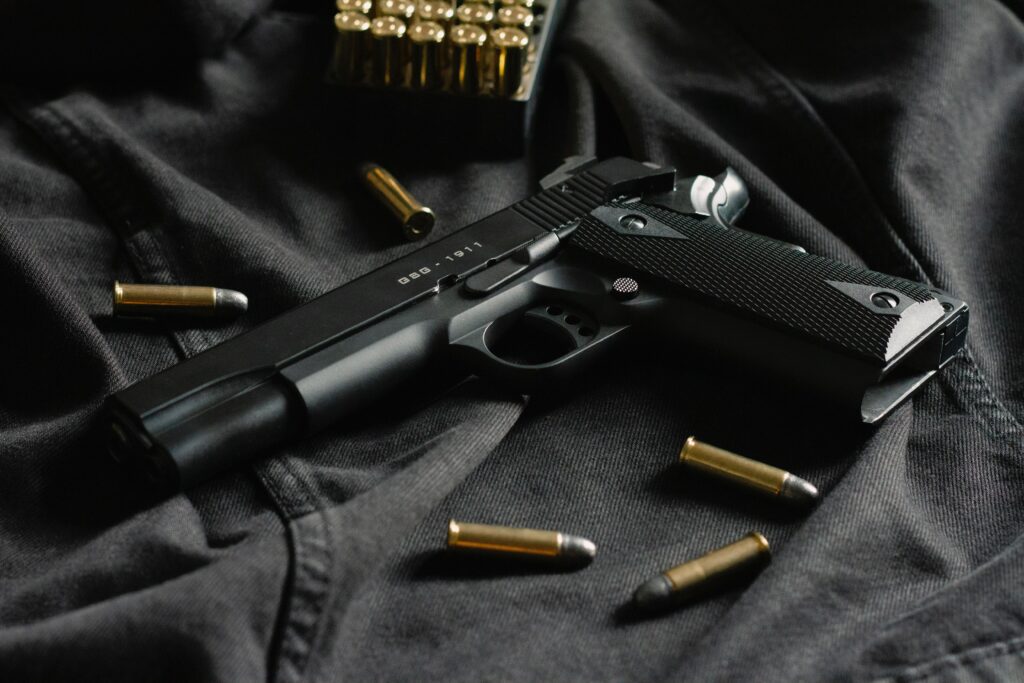 CHICAGO — Chicago police said 51 people were shot, eight fatally, in shootings across the city over the weekend.

One of the fatal attacks occurred Sunday night in West Pullman on the Far South Side. Around 10:50 p.m., a 26-year-old man was shot outside his home in the 12100-block of South La Salle Street after someone threw a brick through his front window, Chicago police said.

The man was shot in the chest several times and was taken to Christ Medical Center in Oak Lawn, where he was pronounced dead, police said.

No one was in custody.

On the Near West Side, one man was killed and another wounded early Sunday. The two men, 30 and 36, were shot just before 3 a.m. in the 2700-block of West Jackson Boulevard, police said. Both men went on their own to Mount Sinai Hospital, according to police.

The younger man, Antonio K. Holmes, suffered gunshot wounds to the chest and abdomen and was pronounced dead, police said. The older man was struck once in the chest and listed in serious condition.

In South Shore, a 32-year-old man was shot to death early Sunday. He was outside in the 7200-block of South Bennett Avenue about 12:20 a.m. when he suffered gunshot wounds to the chest and abdomen. He was transported to the University of Chicago Medical Center where he was later pronounced dead. He has not yet been identified.

In West Pullman, one person was killed and two others wounded Saturday night. They were shot about 10:15 p.m. while standing near a group of people who were arguing in the 11600-block of South Peoria Street, according to police.

Patrick Glasper, 27, suffered gunshot wounds to the chest and face, police said. He was transported to Roseland Hospital where he was pronounced dead, police said.

A 31-year-old man was struck once in the chest and taken to Stroger Hospital in a serious condition, police said. A 33-year-old woman was shot once in the hand and transported to Christ Medical Center in Oak Lawn, where her condition was stabilized.

In East Garfield Park, a 27-year-old man was killed Saturday morning. About 9:25 a.m., Demarcus Reed was in the 700 block of North Ridgeway Avenue when he was shot in the head and the buttocks, police said. Reed, from Humboldt Park, was pronounced dead at the scene, police said.

-Three people were critically wounded on a Saturday morning in Austin on the West Side. The group was standing outside about 3:50 a.m. in the 1300-block of North Massasoit Avenue when someone walked up and fired, police said. A 29-year-old woman suffered a gunshot wound to the chest and was transported to Stroger Hospital in critical condition. Another woman, 56, was struck in the back and a man, 30, suffered gunshot wounds to the legs, police said. Both were taken to Loyola University Medical Center in Maywood in critical condition.

-Four people were wounded when a gunman opened fire on a crowd in Jackson Park early Saturday morning. The attack happened around 1:20 a.m. in the park in the 1600-block of East Hayes Drive, police said. A 19-year-old man was struck in the right arm and listed in fair condition, police said. A woman, 52, was shot in the face and another woman, 20, suffered a gunshot wound to the left leg. Both were listed in fair condition. The fourth victim, a male whose age was unknown, suffered a gunshot wound to the right leg and was listed in serious condition, police said. All four victims were transported to the University of Chicago Medical Center for treatment.

-Two people were wounded while struggling for a gun Sunday night in Cragin on the Northwest Side. A man, 35, was outside with his family in the 4800-block of West Nelson Street around 9:40 p.m. when a gunman approached and “asked if there was a problem,” Chicago police said. The man began struggling with the gunman who fired one shot. The bullet went through the man’s arm and hit the gunman in the jaw, police said. The man was taken to Illinois Masonic Medical Center where his condition was stabilized, police said. The attacker was transported to Illinois Masonic where he was listed in critical condition, police said.

ABC 7 Chicago contributed to this report.