Chicago Residents can now vote early in all 50 wards 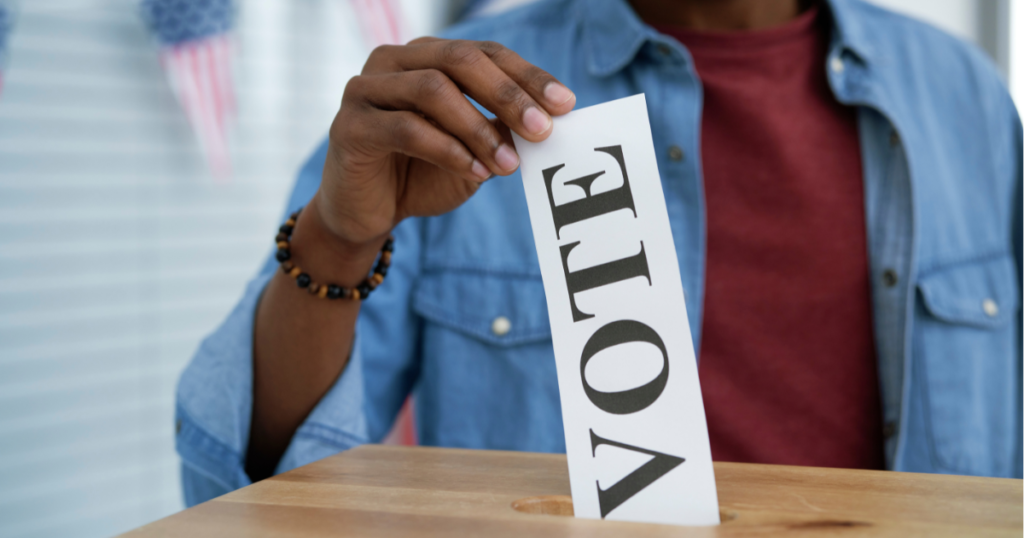 Residents seeking to vote before the November 8 election can now cast their ballots in any of Chicago’s 50 wards. Early voting in these locations began on Monday, October 24, two weeks before the mid-term elections, where Republicans are threatening to take control of the U.S. House and Senate.

Early voting in Chicago began in October at the Chicago Board of Election’s supersite at 191 N. Clark St. Election officials said out of Chicago’s 1.5 million voters, only 5,220 have voted so far.

In Georgia, a surge in early voting has already smashed the record 2020 turnout that flipped the state blue, as it supported Democrat Joe Biden for president over incumbent Donald Trump. During the first week of early voting in Georgia, nearly 838,000 voters went to the polls.

The expansion of early voting in Chicago is likely to boost voter turnout in the next two weeks leading up to the November 8 election.

Voters can still apply to Vote By Mail and the deadline to apply is November 3rd at 5:00 p.m., though the Board recommends applying before then. Secure Drop Boxes at all 50 Ward sites are now open. Voters who choose to return their Vote By Mail ballot can do so at any Drop Box at an Early Voting site, the Supersite at 191 N. Clark St., or the Board Offices at 69 W. Washington St.

Election officials say there have been over 192,000 applications to Vote By Mail in Chicago, with over 29,000 Vote By Mail ballots already returned.

Online voter registration has now closed in Illinois ahead of the November 8th General Election. Voters who still need to register to vote, as well as file a name or address change, can still do so at any Early Voting site ahead of and on Election Day, as well as at their precinct polling place on Election Day. Voters will need to bring two forms of ID, one of which shows their current address. 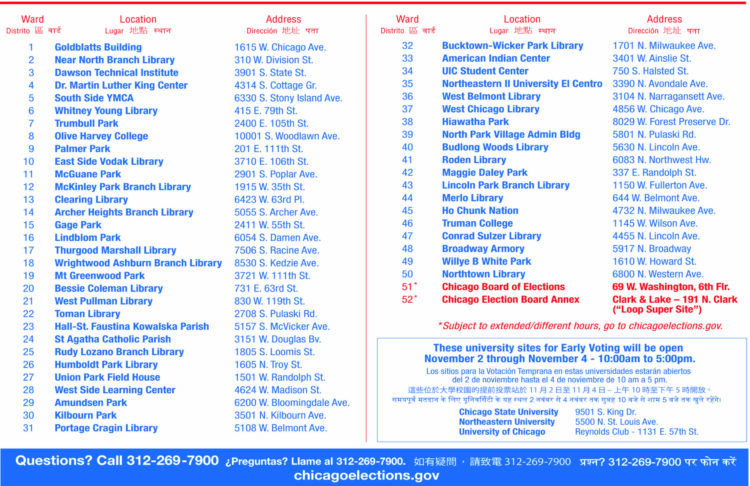 Mayoral candidate Willie Wilson has asked a federal judge to halt a revised plan by election officials to create new polling precincts. That move reduced the number of precincts in Chicago from 2,069 to 1,290. Voters can confirm their polling place and voter information by visiting chicagoelections.gov and going to the Your Voter Information page or by calling the Chicago Board of Elections at 312-269-7900.

Meanwhile, a joint poll by The Grio and KFF, a non-profit organization, said 45 percent of Black voters in Georgia said they are concerned about voter fraud interfering with the election in the Peach State. After the 2020 presidential election where President Trump falsely claimed the election was stolen, Georgia’s Republican Legislature passed restrictive voter laws that many believe aim to suppress Black voters. Since then, at least 18 Republican states have passed laws that make it harder for Americans to vote.

Wendy Weiser, the vice president of the Democracy Program at the Brennan Center, told NBC News, “A lot of these voting restrictions make it harder just for a subset of the electorate to vote — and that tends to disproportionately be voters of color.”

The Grio/KFF poll said 71 percent of Black voters in Georgia said they are concerned with voter suppression.

Twenty percent of Black voters said they had experienced at least one form of the voter suppression tactics asked about in the poll. This includes 12 percent who said they’ve had their voter registration questioned, or told they were not registered to vote, and 11 percent who said they requested a mail-in ballot that arrived after the election or not at all.

In addition, 46 percent of Black voters said that they have experienced long lines to vote after the state reduced the number of polling workers at certain locations.

The Survey of Black Voters is the first partnership survey between The Grio and KFF, a nonprofit organization focused on research and analysis of health and other national issues. Teams from KFF and The Grio worked together to develop the questionnaire and analyze the data, and both organizations contributed financing for the survey. Each organization is solely responsible for its content.