Chicago native and star of television’s “In Living Color” takes advantage of the virtual world with a new network, online series and hybrid workshops! 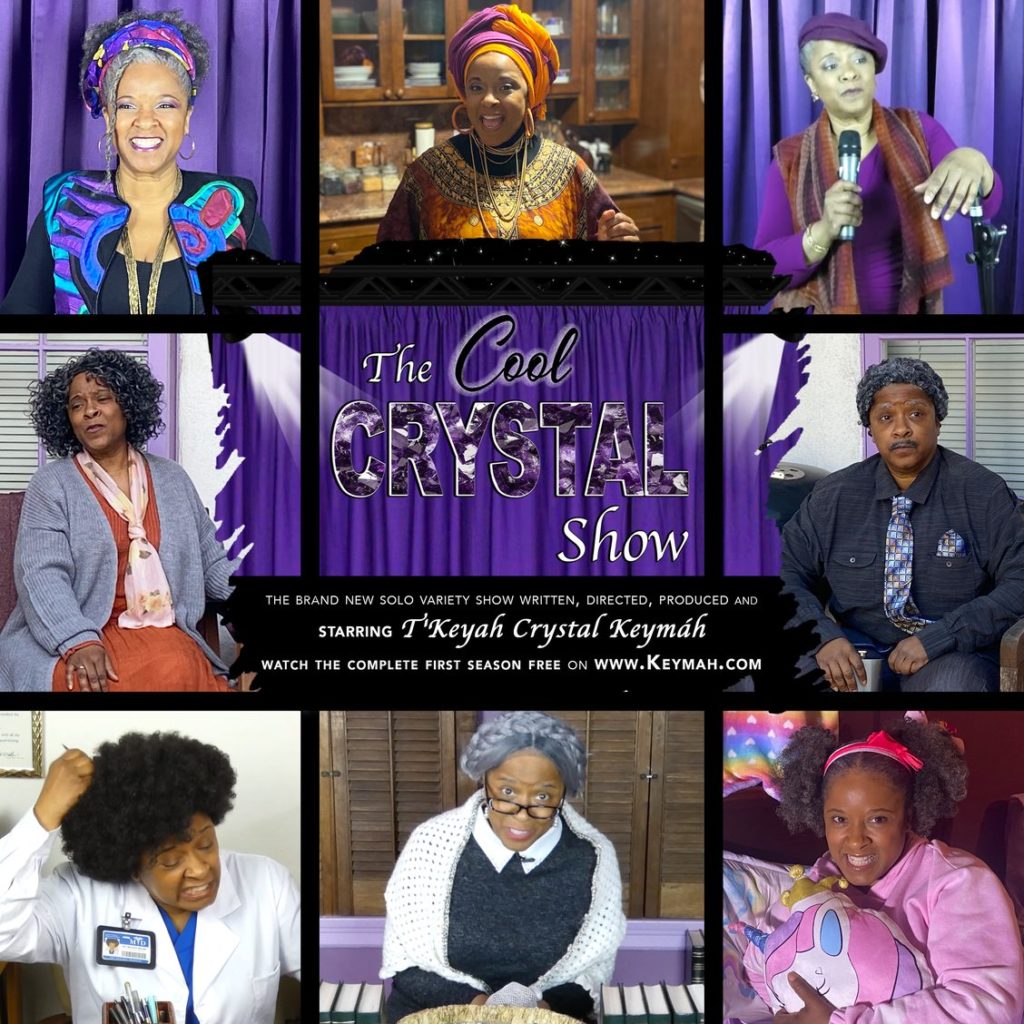 Performer T’Keyah Crystal Keymáh, star of television’s “In Living Color,” “COSBY” and “That’s So Raven,” debuted her latest series, “The Cool Crystal Show,” on her new, free, online entertainment platform, Keymáh Studios, [www.Keymah.com], to rave viewer reviews. All episodes of the first season can now be seen on the platform! The ambitious performer says that the show is just the beginning for Keymáh Studios. In addition to the second season of “The Cool Crystal Show,” Keymáh is developing two other programs that she will roll out on the network later this year.

“The Cool Crystal Show” is a magazine style, solo variety show that Keymáh describes as being her cultural newsletter, come to life. In an acting tour-de-force, Keymáh makes history as the first person to write, direct, produce and star in a televised, solo variety show.

She also creates some of the music for the series that includes scenes from her stage productions, new scenes and characters. Fan favorite characters include the Queen, a verbose African cooking show host whose show is more about culture than cooking; Jett, the Black-clad poet who reimagines ‘Black’ phrases; Ms. Louise, the no nonsense, front porch guardian of her neighborhood and her feisty counterpart, Mr. Z. The family friendly venture, a refreshing cross between “The Carol Burnett Show” and “The Richard Pryor Show,” emerged from Keymáh’s effort to make the most of the 2020 pandemic quarantine.

In her usual spirit of giving back, Keymáh is excited to host a free industry talk via Zoom on May 12. The talk will cover her longevity in the entertainment industry, creating a solo variety show during the pandemic, and teaching other actors for the last 20 years through her “Tools of the Trade Actor Preparation Workshops.” On May 19, she will present an “Intro to Chekhov” workshop. The hybrid in-person/virtual event will provide an interactive introduction to the actor training method of renown Russian actor/director Michael Chekhov. Her vision is to instill in actors a love for continuously learning and bettering themselves as performers.

Visit [www.TKeyah.com] for more information on T’Keyah Crystal Keymáh and visit [www.Keymah.com/the-cool-crystal-show] to watch Season One of “The Cool Crystal Show.”