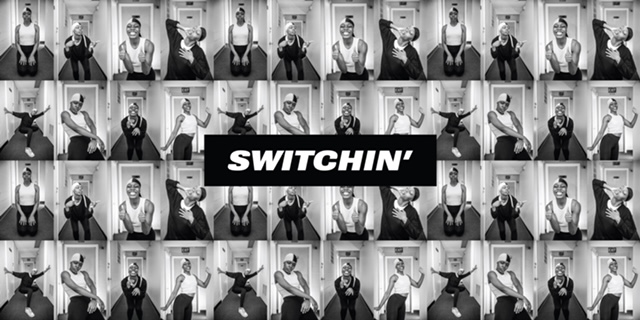 Many pieces of art in all genres have been aimed at showcasing the talents or situations of the Black community, particularly since last year. The Black Harvest Film Festival, which is in its 27th year, always highlights films of importance to the Black community, while presenting portraits of joy, power, resilience and resistance, and discovering and spotlighting emerging, talented storytellers.

This year’s festival brings to the big screen films that cover the theme of “code-switching,” which can be described as language alternation that occurs when a speaker alternates between two or more languages, or language varieties, whether in the context of a single conversation or throughout the day. It can also be expressed in the clothing that a Black chooses to wear within different settings.

Simply put—[in language], it is the art of Black folks talking one way around white folks and then speaking in a totally different culturally-specific manner around other Blacks—most likely in an office setting.

One such short film in this year’s “Made in Chicago” slate is called “SWITCHIN’,” by Chicago director and native George Ellzey, Jr. Ellzey gave the Crusader an exclusive interview about his film, after having also won the 2021 University Premiere Festival’s (DePaul University) “Best Editing and Best Experimental Film.”

Ellzey explained why his film is important. “SWITCHIN’ is a celebration of Black language. Tik Tok videos, reality TV shows, and other forms of fast media subtly and overtly demonstrate how African American culture is demonized and shunned in white spaces, yet duplicated and capitalized upon for the consumption of mainstream media. SWITCHIN’ aims to show the joy, spirit, and uniqueness of Black communication habits that I partake in with my family, friends, and even with people I don’t know.”

He created the short film last November through his studies for a Master of Fine Arts degree at DePaul. He said it took about three weeks total to collect footage from the actors and the performance by the featured dancer, DeJa Hood. “The most beautiful, yet challenging, part of the process was finding the rhythm. We made two songs. The first was the non-verbal movements, phrases, and sounds of Black culture, and the second was the manufactured beat of when our culture is appropriated by white people.”

SWITCHIN’ previously screened at the Athens, Ohio, Film Fest, and Ellzey says that he has always wanted to be a part of Black Harvest, while paying homage to his mother. “Growing up in Chicago, I’ve always wanted to attend the Black Harvest Film Festival, and this was a huge accomplishment for me, but also my mother.

“She had always wanted to go to Black Harvest when she worked downtown, working at the Division of Child Support for 20 years. But she was a single mom raising three kids and working full- and part-time jobs. Now she gets to watch her son’s film at that festival on the big screen. This is more than a festival showing to me, it’s a way for me to honor my mom!”

Ellzey gave his interpretation about the origins of code-switching. “The African American or Black community produced its own distinct inter-community, non-verbal and verbal language to counter American culture. Through phrases, words, and gestures we have crafted a vocabulary that varies in emotional meanings and is uniquely universal to Black spaces; however, to thrive in patriarchal white America, African Americans learned to code-switch to survive and compete in mainstream culture.

“Although our society has progressed, our country has more work to do to rectify the past and present injustices of non-white people in America, so code-switching, unfortunately, will be necessary until our country finds a way to heal and unbiasedly implement the sentiment of Life, Liberty, and the Pursuit of Happiness for every person in America.”

Finally, Ellzey asks folks to check out his website. “As an aspiring filmmaker, I encourage everyone to visit my website for details on upcoming endeavors and extend an invitation to filmmakers, actors, and producers to collaborate. I value working with fellow voices in the Chicagoland community.” 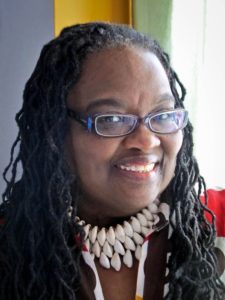