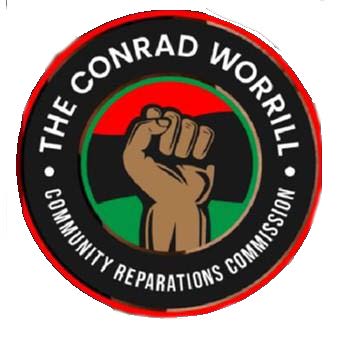 WHAT: The above will host a highly anticipated Black History event and private screening of “Who We Are: AChronicle of Racism in America” to continue bringing awareness to the subject of reparations in America, but specifically to the efforts spear-headed by the late Dr. Conrad Worrill. “It is only fitting we celebrate National Reparations Awareness Day by furthering the education of all people regarding this pivotal subject by way ofthis theatrical piece,” says Kamm Howard, President of The Conrad Worrill Community Reparations Commission.The movie explores the U.S. timeline of anti-Black racism from slavery to the modern myth of a post-racialAmerica.

WHY: To celebrate Black History Month and to honor one of Chicago’s most prominent black scholars and influential educators known as the “Champion of the Black Struggle” and righting the wrongs perpetratedagainst African American people, Dr. Conrad Worrill. Worrill left a legacy as a ‘Drum Major for Justice’ with thegoal to advance the cause of African American independence along with the concept and implementation of real reparations for people of African descent. Worrill died in 2020 at the age of 78. Members of the namesake commission say that there is no better way to honor Dr. Worrill than by hosting a powerful movie such as ‘Who We Are’ that will fundraise to help continue the most important work started in Chicago by Dr. Worrill, himself.

The public is invited. Tickets are limited and available via Eventbrite: https://bit.ly/3si4ExP. For moreinformation, visit cwcrc.org and ncobraonline.org. Media inquiries or interview requests?