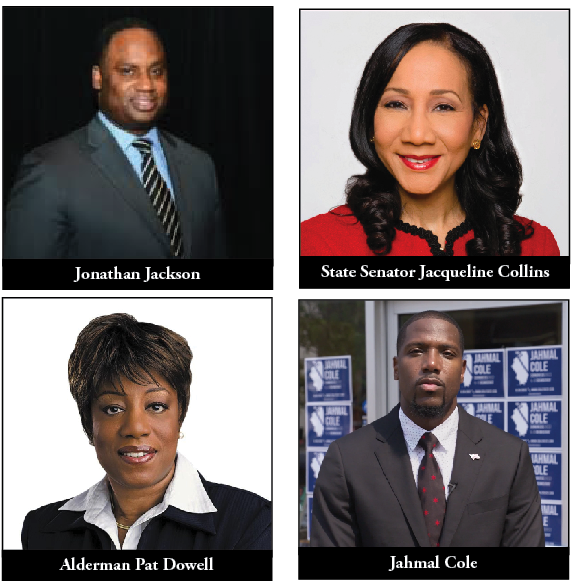 Fourteen candidates have officially filed their paperwork with the Federal Elections Commission to replace longtime Congressman Bobby Rush of the 1st Congressional District in Illinois.

The list may grow as Jonathan Jackson, the son of Reverend Jesse Jackson, gets closer to announcing whether he will run for the position with the Democratic Primary just six months away. As of January 25, Jonathan Jackson’s name does not appear on the official list of candidates from the Federal Elections Commission’s website.

Jackson, 56, in one news report, said he is “strongly considering” a run for Rush’s seat. He gained prominence as the main speaker at his father’s weekly Saturday meetings at the Rainbow PUSH headquarters near Hyde Park.

Jonathan, who lives across the street from his father in South Shore’s affluent Jackson Park Highlands, does a weekly segment on Reverend Al Sharpton’s radio show that discusses economic issues of interest to the Black community. Sharpton reportedly encouraged Jonathan to run for Rush’s seat.

On January 15, Jonathan said he would decide about a bid in “the next week or two” and said his father “thinks I am well prepared” to run for Rush’s seat.

Two new candidates are big-name Black politicians. They include State Senator Jacqueline Collins and Alderman Pat Dowell, who announced her candidacy days after Rush announced he will not seek re-election after nearly 30 years in Washington.

Alderman Dowell, who dropped her bid for Illinois Secretary of State, has won the endorsement of Carol Mosely Braun, the first Black female U.S. senator from Illinois.

Rush surprised many when he endorsed Karin Norington-Reaves, an activist and political newcomer and unfamiliar figure in Chicago and Illinois politics. Norington-Reaves announced her bid for Rush’s seat January 9, but her name is not yet on the FEC official list of candidates. She is CEO of the Chicago Cook Workforce Partnership, a career and job development non-profit organization.

Many voters are warming up to Democratic candidate Jahmal Cole, the activist who founded the non-profit organization “My Block, My ‘Hood, My City.” Many say Cole is the best candidate who had the courage to run against Rush, a revered political veteran whose big-name intimidated candidates from Chicago and Illinois’ political establishment.

Tired of establishment politics, some say Cole is fresh leadership from a younger generation that helped shake up the political establishment in Washington. Another candidate, Ameena Matthews, ran against Rush in the 2020 Democratic primary.

Two of the candidates are Republicans, running for a seat in a Congressional district that is predominately Democratic. They are Eric Joseph Carlson and Geno Young. 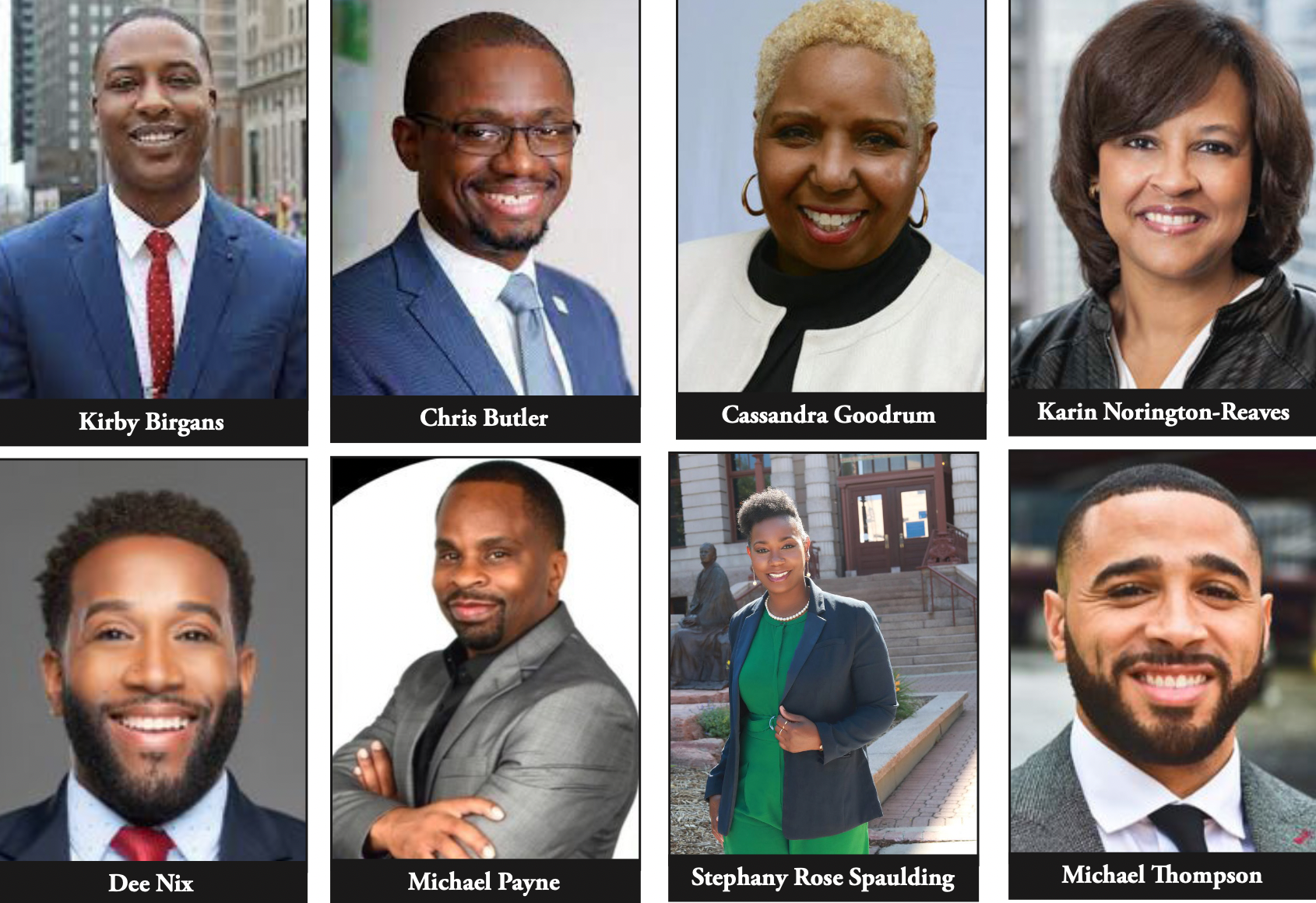 The Democratic Primary is June 28. Eight candidates, including Alderman Dowell and State Senator Collins reported having no money in their federal campaign war chests. A former television journalist, Collins has served Illinois’ 16th District since 2003. In 1983, she worked on the massive voter registration drive that helped elect Chicago Mayor Harold Washington. In 1984, Collins served as press liaison for Reverend Jesse Jackson during the Democratic National Convention.

Raised in Englewood, she majored in journalism at Northwestern University and holds degrees from Harvard’s Kennedy School of Government and Divinity School. She has a law degree from Loyola

University. With her skills, educational background and political experience, some political insiders say Collins is the most qualified candidate to replace Rush.

Spaulding is a Morgan Park High School graduate. A resident of West Roseland, Spaulding served on the faculty at the University of Colorado in Colorado Springs. She returned to her native Chicago in 2020.

Spaulding is a graduate of Clark Atlanta University. Her Ph.D. in American Studies and English is from Purdue. She previously ran for the House and Senate in Colorado; she was senior pastor at the Ebenezer Baptist Church of Colorado Springs.

Jonathan Jackson’s wife Marilyn Jackson, is the new president and CEO of the Muhammad Ali Center in Louisville, Ky. Jonathan said in one news report that they will have a commuter marriage while he lives in Chicago.

Jackson attended Pershing Elementary School through 6th grade. He then attended Le Mans Academy, a military boarding school in Indiana, and Whitney Young High School. Like his father, Jonathan obtained an undergraduate degree from North Carolina A&T University. He has an MBA from Northwestern’s Kellogg School of Management.

Jonathan grew up in the shadow of his older brother, former Congressman Jesse Jackson Jr., who was groomed to succeed his father. That changed after a federal conviction and campaign violations sent Jesse Jackson, Jr. to prison. He was released in 2015 but has since remained a private citizen.

Jonathan emerged as a powerful speaker who is well versed on past and current political issues facing Black America. Last month, he spoke at a public memorial for Timuel Black, who died last October at 101.