Jonathan Jackson thanks all for praying for his parents’ recovery 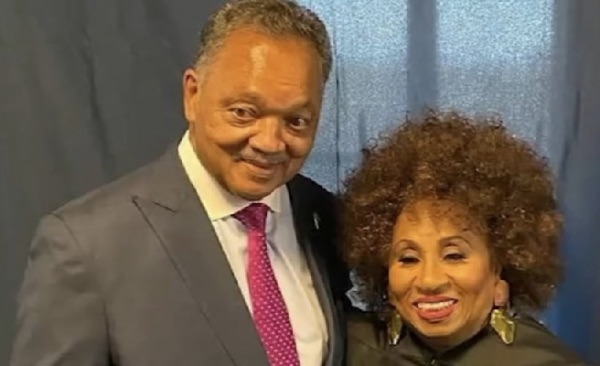 Jonathan Jackson, the son of Reverend Jesse and Jacqueline Jackson, Wednesday thanked everyone for their prayers as his parents continue to recover from COVID-19.

In an interview with the Chicago Crusader, Jonathan Jackson said, “I want to extend a tremendous amount of appreciation and heartfelt gratitude for all of our family, friends and supporters who have extended prayers on behalf of my parents, Reverend and Mrs. Jesse Jackson.

“I am proud to report that they are gaining in strength and are on their way to recovery,” he said.

“We keep the family members of all of those who have been afflicted and infected by this horrific disease in our prayers,” Jonathan Jackson said.

“My mother says this disease can be eradicated. Please follow the sciences. Please get vaccinated,” he said.

It is so important that out of this crisis we turn to each other and not on each other. Please check on a friend. Check on a family member. Check on a neighbor. Keep hope alive.

Mrs. Jackson was released from Northwestern Memorial Hospital last Friday, September 3. Her son Yusef Jackson, drove her home. He quoted her on his Facebook page as saying Hallelujah! all the way home.

Dr. Prabhakar said during the prayer vigil, the Finance Minister of India’s southern state of Tamil Nadu, Dr. P.T. Rajan, telephonically conveyed the good wishes of the people of Tamil Nadu for the Reverend’s speedy recovery.

Dr. Prabhakar said that leaders and people all over the world are upholding Reverend Jackson and his wife in their prayers.

Midwest’s Mega Church’s Pastor, Steve Munsey of Family Christian Center, Munster, Indiana held a special prayer service for Reverend Jackson and his wife in all three of his Sunday services.

Reverend Jackson remains at the Shirley Ryan Ability Lab where he is continuing to receive intensive occupational and physical therapy according to Jonathan Jackson.

Pace Suburban Bus announced a commitment to Zero Emission Vehicles (ZEV) by 2040 in their strategic plan, marking a significant step forward for environmental...