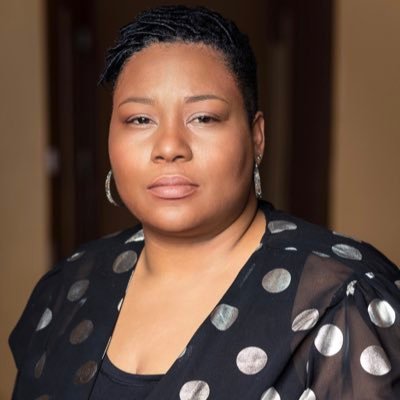 Alderman Jeanette Taylor (20th Ward) recently blasted the nomination of Rahm Emanuel as Ambassador to Japan, becoming the first and only Black elected official to publicly oppose the nomination of the former disgraced Chicago mayor.

During an interview on Friday, September 10, on WVON’s Perri Small show, Taylor called the nomination “a slap in the face” to Blacks. She did not mince words when asked about President Joe Biden nominating Emanuel for the post on August 20. 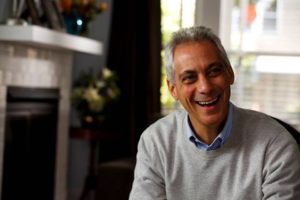 “It’s sickening to me,” she said. “We know what type of trauma he caused to this city, and it says to me that as Black folks and as Black elective [officials], we’ve been desensitized and that we’re not being true to the roles we carry.

“The thought that anybody, and that includes Joe Biden, [Senators] that includes Dick Durbin and Tammy Duckworth, would support him is crazy,” Taylor said.

“It’s been the Black community that has been supporting you all. It’s a slap in the face to us. I hope people decide accordingly when it’s election time because, like, I’m tired. I’m tired of electing people who are supposed to represent me, but they do what they want to do, and they do what’s best for them. That’s the problem.”

A former community activist, Taylor is the only Black alderman out of 20 who has publicly voiced her opposition to Emanuel’s nomination as Ambassador to Japan.

Ervin, who is chairman of the City Council Black Caucus, said, “Rahm was someone you could trust to do what he said he would do. I saw firsthand his passion for people all throughout Chicago, his dedication to public service, and his never-ending commitment to getting the job done,” Ervin said.

In his statement, Ervin said Emanuel worked to expand the city’s school day and year, and a program that leverages downtown development to build projects on the predominantly Black South and West sides.

U.S. Senators Dick Durbin and Tammy Duckworth said they support Emanuel’s nomination. They plan to vote in favor of the nomination during his Senate confirmation hearing where he must win by a majority.

Durbin and Duckworth were elected to the Senate with overwhelming Black support from Chicago voters.

Black voters in Chicago and across the country saved Biden’s presidential campaign during the Democratic Primary in 2020 and helped him defeat Republican incumbent Donald Trump in the General Election.

Some progressive Black congressmen from the U.S. House of Representatives have publicly spoken out against Emanuel’s nomination. About 20 national organizations are part of a grassroots campaign to persuade senators not to confirm him as Ambassador to Japan.

Cory Booker from New Jersey and Raphael Warnock of Georgia are the only two Blacks among 100 senators who will vote on Emanuel’s confirmation.

Facing a potentially embarrassing defeat during the Laquan McDonald scandal, Emanuel announced his decision not to run for a third term. He has been accused of covering up the shooting of the 17-year-old by Officer Jason Van Dyke.

Emanuel closed a record 50 Chicago Public Schools, many of them in Black neighborhoods. He also closed 12 mental health clinics, with half being on the South and West sides. His fight with the Chicago Teachers Union and its late CEO Karen Lewis stirred many tensions among parents and teachers.

During his time at City Hall, racial profiling of Black and minority residents increased before a scathing U.S. Justice Department report forced the Chicago Police Department to eventually enter a consent decree with court oversight.

The wrongful raids of the homes of many Black residents, including Anjanette Young, occurred during Emanuel’s administration.

Mayor Lori Lightfoot has voiced her support of her predecessor’s nomination. Emanuel’s former deputy mayor Andrea Zopp, who was later appointed to a $350,000 a-year job as CEO of World Business Chicago, also supports his nomination.

Illinois’ Black Caucus, the Congressional Black Caucus and the NAACP have yet to release statements on Emanuel’s nomination.

On Twitter, Rep. Clyburn, who is the No. 3 House leader and the top Black member, issued statements after the White House announced Biden’s intention to send Emanuel to Tokyo. None referenced the McDonald shooting.

“I support President Biden’s nomination of my former colleague Rahm Emanuel to be Ambassador to Japan. I worked closely with him in Congress and when he served as Chief of Staff to President Obama. He has the experience necessary to advance our country’s strategic objectives.”

“This alone should be flatly disqualifying for any position of public trust, let alone representing the United States as an Ambassador.”

Before the Senate confirmation hearing, Emanuel’s nomination will go before the 22-member Senate Foreign Relations Committee, which has not yet scheduled a date.